The youth wing of Germany's far-right AfD likes to portray itself as a respectable, conservative outfit. But in reality, lines between the AfD and openly right-wing extremist groups are becoming increasingly blurred. 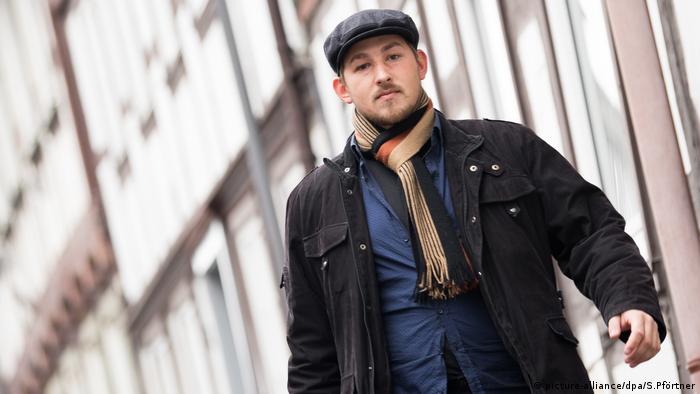 The leader of the far-right Alternative for Germany (AfD) youth organization in Lower Saxony, Lars Steinke, made headlines in August for a branding Claus Schenk von Stauffenberg a traitor and coward. Von Stauffenberg was famously executed after an unsuccessful attempt to kill Adolf Hitler in 1944. Steinke was later forced to resign for his remarks.

Within the AfD, Steinke's thoughts on Nazi ideology were known well before his unequivocal Facebook post lambasting von Stauffenberg. Sources close to Steinke leaked a recorded conversation to DW of him with a colleague in which he justifies Nazi Germany's invasion of Poland in September 1939. Steinke can be heard saying that describing Germany's invasion as an act of aggression equates to a falsification of history. Steinke claims Hitler was "forced" to act in this way and that "every politician would have acted just like Hitler." Neither Steinke nor the AfD were willing to comment on the recording.

The AfD's youth wing, known as the Young Alternative, is growing increasingly radical — that is why Germany's domestic intelligence agency has begun monitoring its state-level affiliates in Bremen and Lower Saxony. Indeed, the lines between the AfD youth wing and right-wing extremist groups are increasingly blurred — even though the organization is keen to maintain a veneer of respectable conservatism.

Accordingly, Young Alternative leader Damian Lohr said it was incomprehensible that the authorities in Bremen and Lower Saxony would put his organization's state-level affiliates under surveillance. "Neither individual state branches of the Young Alternative, nor the Young Alternative in its entirety are challenging the constitutional order," a recent press statement by Lohr's organization said. Lohr stressed that Steinke had been forced to resign and that a process to remove him from the party had been initiated. That, in Lohr's view, shows "we are uncompromising when it comes to anti-constitutional sentiments within our organization."

Yet Lohr, who has been in charge of the Young Alternative since February 2018, has seemingly turned a blind eye to Steinke's recorded statement wherein he downplays Nazi Germany's aggression towards Poland. Lohr knows of the recording, yet has taken no action whatsoever, according to a source within the organization. Steinke, in turn, told DW he believes he will be reinstated as Lower Saxony's youth wing leader, and that he won't be excluded from the party, either. He plans to lodge an appeal.

In reality, Lohr has been conscious of, and even gone along with, the Young Alternative's increasing radicalization. This summer, he traveled to Thuringia to attend the youth wing's national conference. There, he was interviewed by DW and stressed that his organization "does not cooperate" with the Identitarian Movement, which is under surveillance by Germany's domestic intelligence service, the BfV, due to its right-wing extremist and xenophobic positions.

Yet, just before talking to DW, he had been accompanied by a camera team from Archetyp GmbH to shoot footage for a promotional video for Young Alternative. Archetyp GmbH is owned by Philip Stein, who founded the One Percent movement, a xenophobic "resistance platform" that is largely run by the Identitarian Movement. 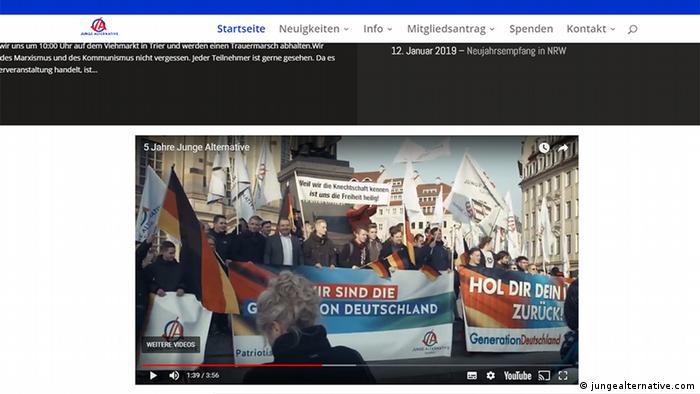 Read more:The AfD is a challenge for the whole political system in Germany, not only my party.

Former Young Alternative board member Franziska Schreiber, who left the party and wrote the book "Inside AfD" about her experiences, estimates that as of 2014, half of all AfD youth wing members sympathized with the Identitarian Movement. Schreiber says that over time, these ties became increasingly institutionalized.

Political scientist Hajo Funke, one of Germany's leading experts on the far-right, agrees with Schreiber's observation. "The Young Alternative and the Identitarian Movement are indeed increasingly cooperating," he told DW, adding that leading figures on the regional level are driving the collaboration.

Members of the AfD itself have also exhibited right-wing extremist tendencies. Indeed, a debate has ensued in Germany as to whether the entire party should be placed under surveillance by the BfV. Some politicians say the AfD is dangerously close to extremist groups.

Read more: Can Germany’s far-right AfD be subjected to surveillance?

The party's youth wing leadership is eager to downplay any links to radical groups. Damian Lohr has even suggested expelling the Young Alternative branches currently under BfV observation. A vote on the matter will be held at a specially convened conference in mid-October. Well-informed sources claim Lohr struggled to get backing for his proposal, and that many Young Alternative members are open about their beliefs and willing to accept being monitored by the BfV. 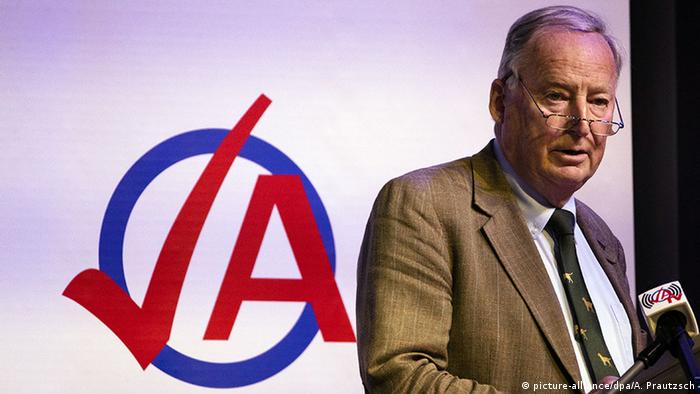 The AfD leadership intervened, knowing too well that having one of its youth branches on a watchlist is bad publicity. AfD Co-chairman Alexander Gauland has suggested expelling the Lower Saxony branch from the federal party structure, saying that there was "nothing left to save" at a Berlin press conference. Yet Gauland also said things were "less clear" regarding the Bremen branch.

Gauland's move, however, seems like a diversionary tactic. The city of Bremen, which is a federal state in its own right, is surrounded by Lower Saxony. If its AfD youth branch were dissolved, members would most likely join Bremen's AfD youth wing. This move would effectively signal to all AfD supporters that the party does not cave in under pressure from BfV, while telling the public that it is willing to combat right-wing extremism.

If Germany's recent regional election had been decided by young people, the far-right AfD would have won. The East German identity has been inherited by a new generation, some of whom don't mind a few racist politicians.