Higher-income earners usually consume more energy and resources than those with less cash. Big apartments, and car and air travel contribute to a larger carbon footprint, says a new study. 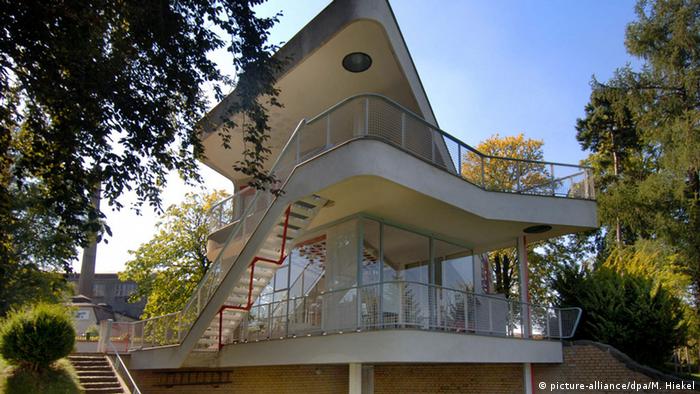 People with higher incomes use more energy and resources than lower earners regardless of whether they see themselves as eco-friendly or not, according to a German study exploring the roles income and environmental awareness play in the individual consumption of our planet's resources.

In a detailed survey, the country's main environmental protection agency, the UBA, asked thousands of Germans questions about their lives, ranging from eating, showering, driving and vacation habits to how they dress, heat their homes, and how much they earn. Cash emerged as a key factor in influencing sustainable living. 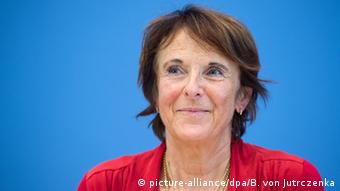 Maria Krautzberger, president of the UBA

"A higher income all too often means heavier cars, larger apartments and more frequent air travel – even if the people otherwise act in an environmentally-aware manner on a daily basis," said UBA President Maria Krautzberger. "But these are the very 'big points' that most influence a person's environmental impact. Buying organic groceries or separating rubbish don't offset this."

Long-distance flights, car journeys, the size of an apartment and how well it is insulated, as well as meat consumption are the main factors determining energy use and greenhouse gas emissions, found the study. Consequently, environmentally aware people don't necessarily have a positive ecological footprint.

Those who consider themselves green may have energy-efficient household appliances, buy more organic produce and often eat less meat. But on the other side, they often underestimate other aspects of their consumption, such as long-haul journeys. As a result, their overall CO2 emissions are significantly higher than low-income earners. Those with less money who don't view themselves as being particularly sustainable in terms of resources use, actually pollute the environment least, according to the study. 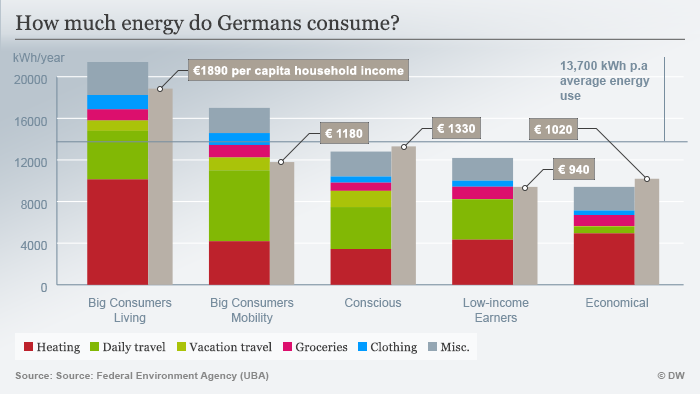 Where is the energy going?

Every citizen in Germany uses an average of 13,700 kilowatt hours of energy a year. Around one third of this goes on heating, another on daily transport and the final third on food, vacations, clothes, and showering as well as on lighting and household appliances.

Population groups with high incomes consume around twice as much energy as those on low income, according to the study. Those with a university degree use around one quarter more energy than those with just a school-leaving qualification.

The authors of the study identified typical groups and people with similar patterns of energy use. The so-called "Big Consumers Living" category used the most energy mainly because they reside in badly-insulated homes with relatively few people. They also have a high income, tend to be older and have a relatively high level of education.

The "Big Consumer Mobility" group was also defined by high energy consumption. While incomes were somewhat lower than in the "Living" category, frequent car use and additional holidays bumped up energy use.

Still, it was the "Conscious" consumers who had the highest energy use thanks to their frequent flying. The people in this group had a relatively high income, were well educated and environmentally inclined. The comparatively low consumption of resources in other areas of their lives appears to be a "conscious decision and not a sacrifice based on financial restrictions," write the authors. 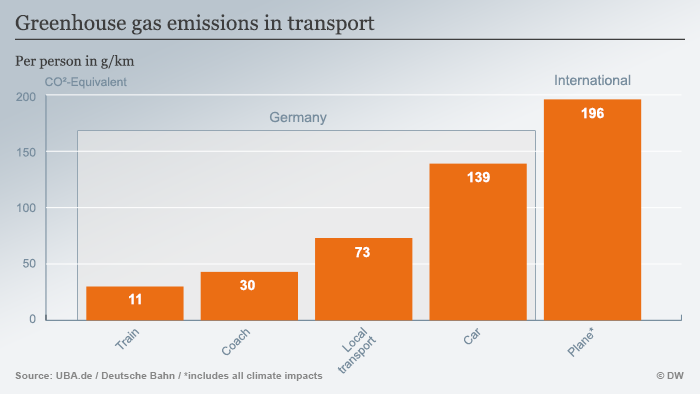 The "Low-income" and "Economical" groups had the lowest energy use. These individuals had on average a lower income, lower levels of education, rarely traveled abroad and tended to care less about the environment.

The "Economical" group was mainly made up of older people, those who required less energy for daily travel and individuals from traditional or precarious sections of the population. In these two groups "it can be assumed, that energy consumption is not low for environmental reasons, but is due to (forced) frugality," according the authors. 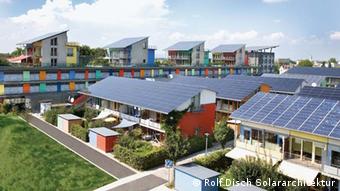 A model housing development in Freiburg. The houses produce more energy than the inhabitants need and there are few cars

To reduce energy consumption and greenhouse gases, the authors recommend starting where energy consumption and savings are largest, citizens are better informed and have more money. The biggest savings potential lies in higher income and "creative and critical" segments of the population and in the "areas of heating and mobility," concludes the report. These groups could also have a "certain role-model function for the mainstream population."

The authors suggest legally-binding standards for energy use in houses and for cars and higher consumer taxes as possible measures for CO2 reduction. A "reasonable taxation of jet fuel could dampen the demand for plane journeys and push efficency efforts in the aviation sector."

According to the authors, the study also shows that appeals and information alone aren't sufficient to reduce resource consumption and greenhouse gas emissions to the necessary extent.