Hi honey, I'm not from home

Every seventh jar of honey opened daily around the globe is fake honey. As global demand for the sweet stuff grows, bees are producing less as a result of pollution, thus driving up prices and attracting honey fakers. 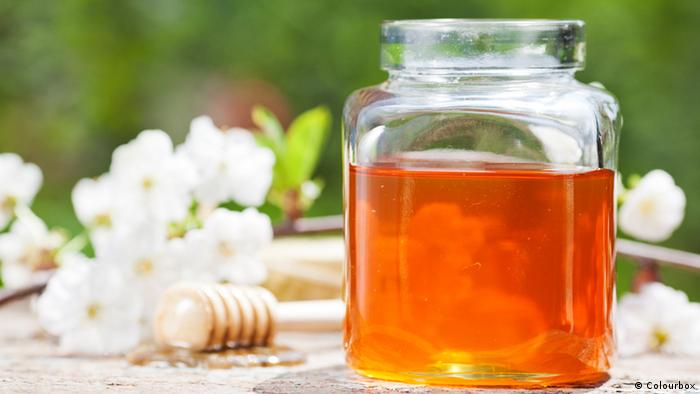 Honey has been classified by the European Commission as sixth on the list of the most endangered counterfeited food items, Andrej Kandolf Borovsak from the Slovenian Beekeeping Association said during the Economic Forum in Krynica in southern Poland.

Honey is usually faked with the addition of sugar, molasses, potato syrup or sugar syrup, "all much cheaper than real honey, and the ordinary consumer is not able to taste the difference," Borovsak said.

Another method is to mix different types of honey and provide false information about the origin of the product.

"Of the thousands of honey samples collected, up to 14 percent turned out to be fake," said Borovsak, referring to European Joint Research Center studies compiled in response to a report by the European Parliament on the fake food.

Researchers tested a total of 2,264 honey samples from all EU member states (plus Norway and Switzerland) at all stages of the supply chain and found that around 20 percent of honey was either a blend of EU honey or unblended honey.

Blossoms without bees in China

A plague on our houses

Counterfeiting is not the only problem, experts warn. "The poisoning of honey with pesticides that are used in agriculture has become a real plague," Borovsak went on.

Research had shown, he said, that 75 percent of honey samples contained traces of at least one pesticide from the neonicotinoid group.

"Fortunately, safety standards have not been exceeded in any case," Borovsak said. "But bees are increasingly being exposed to a cocktail of various chemicals that spray the fields. Pesticides can penetrate into wax and beeswax. In addition, neonicotinoids contribute to the extinction of bees."

Bees as the main pollinators contribute to the growth of crops by as much as 30-50 percent.

Peter Kozmus, the deputy president of a Slovenian beekeepers association, said bees are probably the most underrated living being.

"In most cases living just six weeks, these insects feed the world by pollinating around one-third of all food crops across the globe," he says.

"Wiping out honey bees would trigger crop failures, famines and a humanitarian disaster never before seen," he adds.

Australian honey a case in point

One of the world's largest bee markets, Australia, is a case in point. In the decade to 2015, Australian beehive and beekeeper numbers fell 25 percent as keeping bees became less economical with imported honey selling at one-third to half the price of locally produced honey.

The Australian competition watchdog has launched an investigation into Australia's honey industry, saying allegations of fake honey are "very concerning."

A joint Fairfax/7.30 investigation using Nuclear Magnetic Resonance (NMR) tests of honey at German laboratory QSI revealed almost half the samples were adulterated and unwittingly being sold as "pure" in Australia.

Why do bees make honey?

Europe eats more honey than it produces, Kozmus adds. "It often turns to China for 50 percent of its honey imports," he says. The largest importers are the UK, Belgium and Spain.

Between 2000 and 2014, according to data from the Food and Agriculture Organization, China's honey production increased 88 percent, driven by a rise in exports.

But the number of beehives over the same period only increased by 21 percent as China's bee population falls due to pesticide poisoning, pollution, and a loss of bee habitat due to urbanization.

Cheap Chinese honey may in turn act as an incentive for some European countries to import cheap honey from China and then re-export it as locally produced.