What are the implications of robots living among humans? DW spoke to filmmaker Isa Willinger about her prize-winning documentary, "Hi, A.I," which delves into the bonds between humans and humanoid machines. 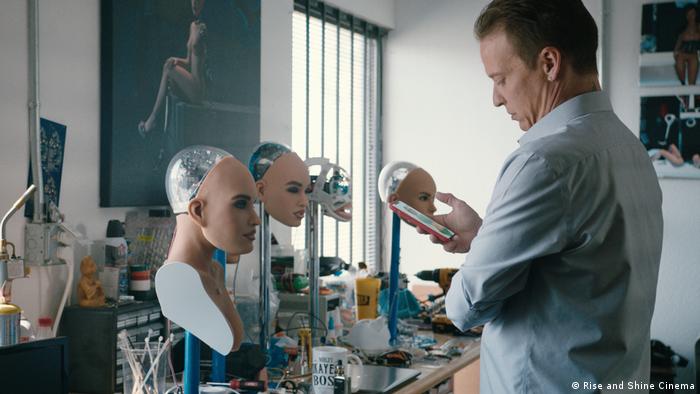 DW: In your film, Hi, A.I. which won the Max Ophüls Prize for best documentary film, you feature a few examples from Japan, the USA, and other countries. Take us with you on your journey to the robots. Start in America.

Isa Willinger: In America, we see a man meeting a robot wife. He picks her up at the factory and then goes through the first week of their "relationship." He goes on a journey with her, a road-trip through the USA. We go with them, and see how they get to know each other, how they try to build some kind of relationship with each other. 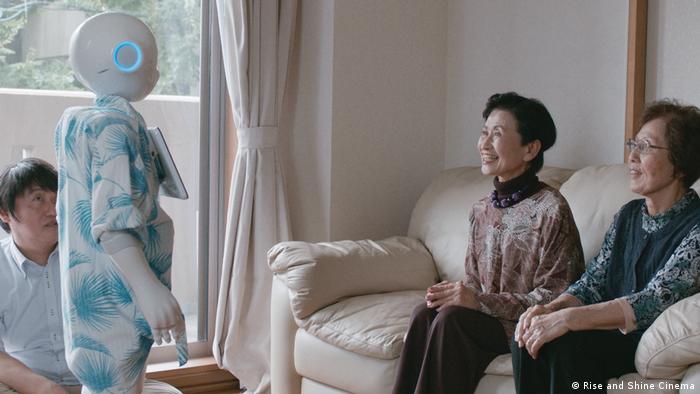 Another meeting of man and robot takes place in Japan…

In Japan we're with a family which gets a robot. It's mainly there for the grandmother, who spends a lot of time alone during the day. There, too, we see the beginning of the relationship, how the robot "Pepper" comes home. Similarly to the first story from the US, we watch the first week of the relationship between the old lady and the robot, and their attempt to build a sort of friendship.

What got you interested in robots and artificial intelligence in the first place?

We started working with this theme three years ago. At the time, artificial intelligence wasn't as present in the media as it is now. Originally I found robots visually interesting, they look so cinematic. The way they move, the way they speak, interests me.

Your new friend is a robot

From that came the idea to visit different robots that exist in the world today, and then condense the meetings in the movie to make you feel like you're in a kind of future world where those robots are already everywhere.

Then I started to read more on the subject. It's a gigantic issue for our future as a society. That's where the appeal of dealing with it and making a movie really grew. Then it didn't take long and the topic was going strong in the media and got a lot of attention. That was nice that I was already onto the subject beforehand, I had already written the treatment and could put it on the desks of editorial offices and film promoters. The timing was very good.

Is there at this point already an industry behind A.I. or are they rather small, specialized companies that are developing robots?

It's a gigantic industry, this is THE thing that is getting attention from investors in Silicon Valley. Robotics is THE future industry there. All the big tech firms, Amazon, Apple, Microsoft, are investing crazy amounts of money in this. There's a famous saying from Marc Raibert from Boston Dynamics [a US robotics firm that developed walking robots — Marc Raibert founded the company in 1992] that robots are going to become more important than the internet. That's exactly the direction in which investors are thinking. This is a huge new industry that is just emerging. 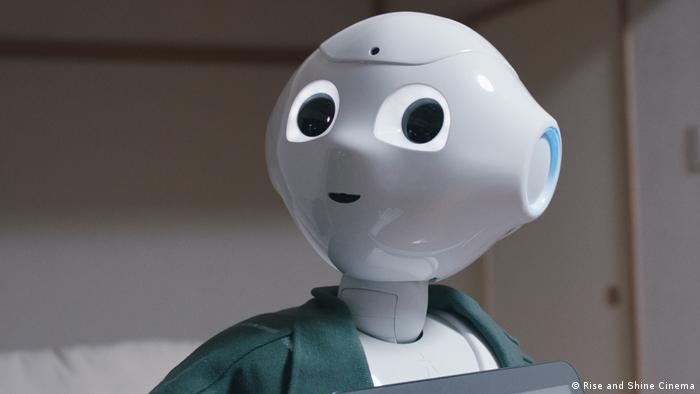 And robots present an amazing range of possibilities. You show that quite impressively in your film. What will robots be able to do in the future?

Robots will move into every possible area. There are already robots in the kitchen, in warehouses. Increasingly, humanoid robots are being put into service. On the assembly line, too. There we can see the first real attempts to have humans and robots working side-by-side. Unlike industrial robots, which we've already had for decades, humanoid robots have flexible joints, like people. Because of that, they're not as dangerous, or likely to cause injury to assembly line workers.

They're also, naturally, in the social sector. In aged care it's a big deal. And then there are also these playful companion robots.

What we're already seeing, already widely used, are these Amazon Echo and Google-Home things, where a loudspeaker stands in the home and reacts to speech. At some point, this loudspeaker will also be able to move around in the home, and, if one wants, it can have a face. That already makes it a humanoid robot that fulfills all these functions: connected to the internet, a bit of communication, some small talk, dispel a little loneliness, be a bit playful. 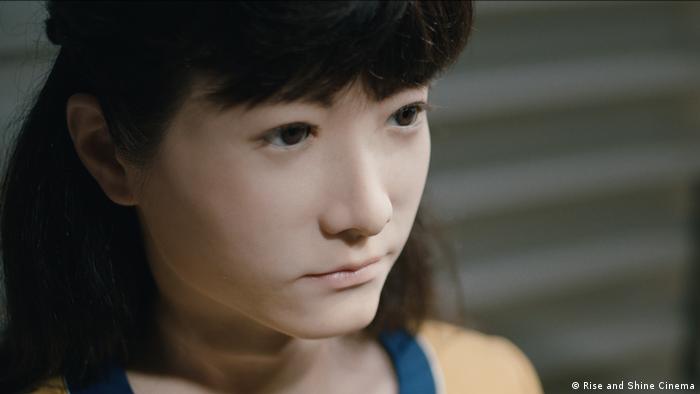 How real is real enough, and when does it become too real?

Doesn't that thought make you shiver a little?

At the very beginning I got the shivers, when I started to deal with the theme. As is probably the case with many of us, it's a mixture of fascination and fear. The more I learned about it, the more I lost this fear. The perspective on the whole subject becomes a lot more sophisticated. One understands that there are many worthwhile uses for this.

I think the key thought is that such a robot isn't replacing a person, but rather that, for example in the case of an older person, they can replace many hours spent in front of the television. Grandma can then do more interactive things, like play games and so on. There are many positive applications.

Robots in hotels are on the rise — whether at reception desks or in room service. A trend that has also now reached a holiday hotel on a mountain pasture in Austria's Salzburger Land region. (28.02.2018)

A well-traveled HitchBOT robot will be on display at the Heinz Nixdorf Museum in Paderborn, Germany. HitchBOT traveled through Germany in 2015, visiting sites such as the Brandenburg Gate and Cologne's cathedral. (21.08.2018)

In wars of the future, life-or-death decisions may be made by machines — independent of human control. The development of autonomous weapons is moving fast. The UN in Geneva is trying to get countries to agree on a ban. (27.08.2018)