Have the UK and Greece lost their marbles?

After years of crisis and a controversial name change deal with Macedonia, Greeks are desperately clinging onto their illustrious past, a potent symbol of Greek national pride. Anthee Carassava reports from Athens. 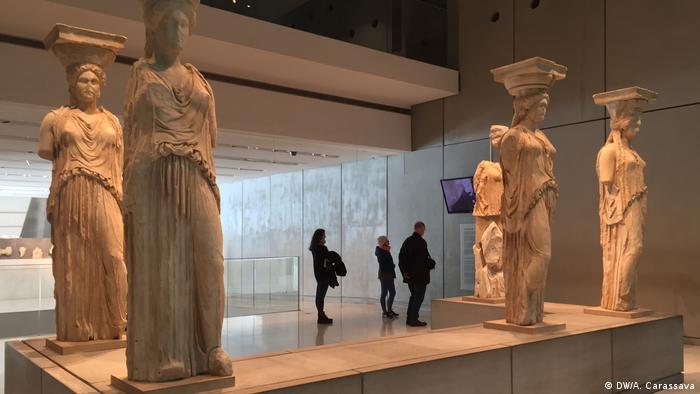 In its latest critique of the British Museum, the government in Athens has billed the entity's emphatic refusal to hand over Greece's greatest looted treasures, the so-called Elgin Marbles, as "utterly unacceptable."

Yet in an angry about-face, Athens has also moved to break decades of diplomatic niceties, taking a personal jab at the British Museum's director for lauding as "creative," Britain's continued hold of the marble masterpieces that once donned the Parthenon.

Greek Culture Minister Myrsini Zorba has called Hartwig Fischer a "cynic" and his argument for keeping the marbles in London, "indicative of a narrow managerial mindset." She also accused the noted historian of having a perverse understanding of history, "harping on old, British colonial arguments," during an interview with the Greek newspaper Ta Nea, to justify his new, iron-first stance at the British Museum. 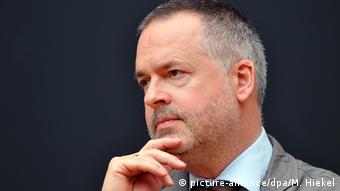 So far Fischer has refused to budge in the dispute

"Greece will never relinquish its ownership rights to the Parthenon marbles," Zorba told DW in an exclusive interview.

At the heart of the cultural row, among the most complex in the world, lies "a strictly bilateral issue," she said, "not one between museums or [intellectual] narratives."

A German national, Fischer was appointed to the helm of one of Britain's most revered museums after directing one of Germany's great cultural entities, the Staatliche Kunstsammlungen Dresden (Dresden State Art Collections) . He is currently leading a campaign to radically revamp some of the most neglected areas of the British Museum, ushering in what trustees call a new era of pragmatism.

That's diplomatic short-hand for not being coy or neutral about the museum's thorniest issue: a collection of Parthenon marbles removed by a British aristocrat in the early 19th century. 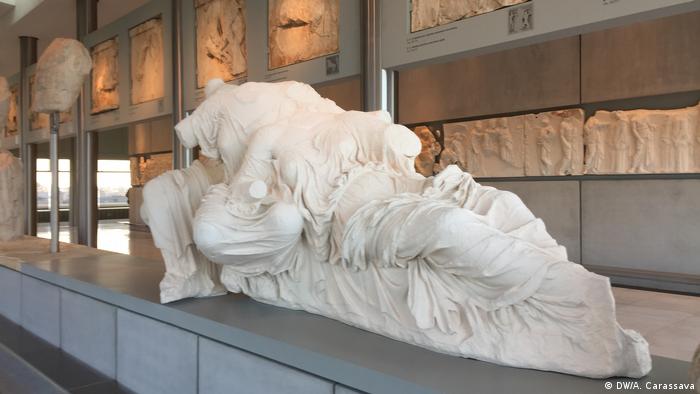 The imposing collection includes 56 blocks of friezes and 19 statues which Thomas Bruce, the 7th Earl of Elgin sold to the British Museum in 1816. They have since then been housed in the museum's Duveen Gallery, affording them ''an honorable shelter,'' keeping them ''safe from ignorance and degradation," according to the British Museum Act.

While those terms were stitched together centuries ago, no experts today — not even trustees of the British Museum — deny Greece's ability to look after its artistic treasures.

Still, critics in Athens accuse Fischer of leading the museum into a more hard-line stance, completely disregarding landmark decisions taken by world bodies; "downgrading cultural heritage from an invaluable universal value to a mere exchange sale," as Zorba put it.

Fischer's remarks coincide with difficult times for Greece. Nationalist and patriotic passions have been flaring since the government in Athens agreed to a controversial name change deal with Macedonia.

Hundreds of thousands have taken to the streets in recent weeks to protest the agreement which Greeks say relinquishes exclusive rights to the ancient name and its rich cultural history.

"Add in eight years of painful austerity that has left millions of Greeks bankrupt, without jobs and without a future, and it's no wonder people are clinging on to their most precious possession and potent symbol of Greek self-hood," said Alexis Mantheakis, chairman of the International Parthenon Sculptures Action Committee. He told DW the British Museum's revised stance on the dispute "played on the other child's toy syndrome — a stubbornly petulant refusal to return what is not one's own."

"Wrong stance, wrong century," Mantheakis said. "It's no wonder the culture minister went for the jugular, and lashed out at Fischer. The Greek psyche is bruised."

The reaction to Fischer's remarks has rekindled Greece's long-running bid to win back the Elgin Marbles. 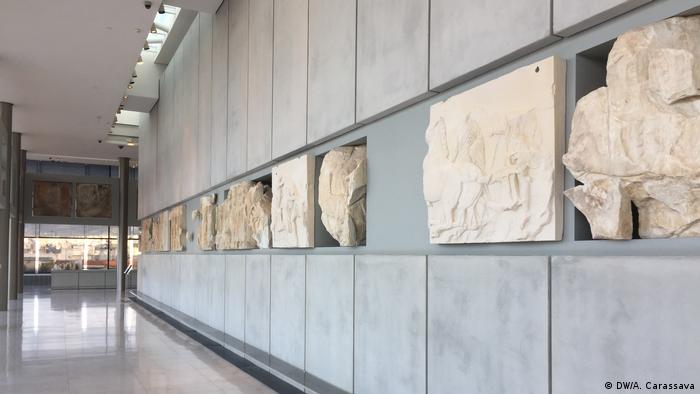 Among the most promising compromises that have since then been considered include a long-term loan. Under that arrangement, the British Museum would return the ancient masterpieces for display at Greece's New Acropolis Museum. In exchange, Athens would offer some of its most prized antiquities, or forfeit its ownership claims, adding a subtle notice at the display, denoting the British Museum as the collection's rightful owner.

Legal action as a last resort?

However, Greece may have no option than to resort to legal action. With national elections due this year, conservatives leading in opinion polls have vowed to go on the offensive if elected.

"The legal route remains a valid option," said former culture minister Konstantinos Tasoulas. "But it's the moral and political pressure that will ultimately yield a solution. Public opinion within the UK has shifted dramatically in favor of the marbles' return," he told DW. "It's a national priority to rekindle the campaign on an international level."