Greece could use Brexit to recover ′stolen′ Parthenon art | Europe | News and current affairs from around the continent | DW | 26.08.2017

Greece could use Brexit to recover 'stolen' Parthenon art

In the early 1800s, a British ambassador took sculptures from the Parthenon back to England. Greece has demanded their return ever since. With Brexit, Greece might finally have the upper hand in the 200-year-old spat. 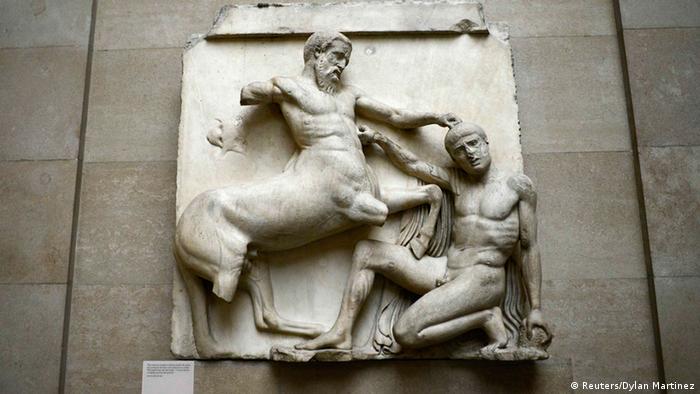 Before Brexit can be finalized, each EU member state must vote on the deal - meaning that any nation could stall the long-awaited pact if it disagrees with the results of the negotiations.

For one activist group, this scenario gives Greece a rare negotiations advantage over the United Kingdom, which claims ownership of some of Greece's most treasured ancient art: the Parthenon marbles.

"If it can give back India, it can empty one room in London to return these items," Alexis Mantheakis, who co-founded the International Parthenon Sculptures Action Committee (IPSACI), told DW.

Mantheakis said the real question now was whether Greece's government has the will to make demands.

It's possible that the current government will "go against the establishment" based on its current performance, Mantheakis said. "We're hoping the Greek government will do it. It's a unique opportunity." 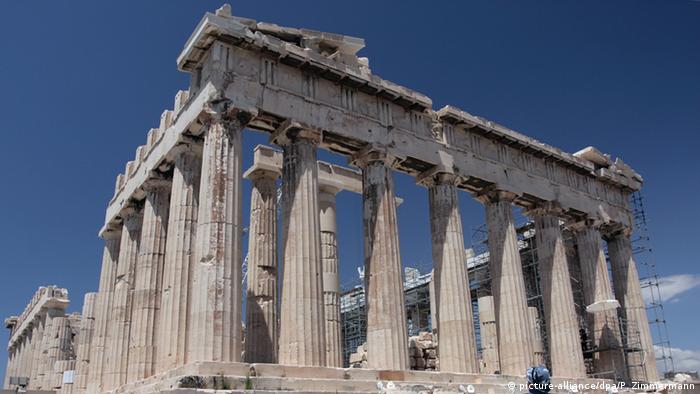 The once grand Athenian temple from the fifth century BCE featured marble sculptures and friezes from Greek mythology. But war and pillaging throughout the centuries - particularly between the 1500s and 1800s - left it in ruins

The Parthenon marbles used to be known as the Elgin Marbles, a name both revealing about the age in which they were acquired and about claims of ownership.

At the turn of the 19th century, Lord Thomas Elgin followed the lead of other foreigners in Greece at the time: He chopped down war-scarred statues and friezes from the once grand Athenian temple and had them hauled off the craggy, steep bluff overlooking the ancient city and onto a ship bound for England. The British ambassador argued that they would receive better care in England than in Ottoman-ruled Greece.

Elgin shipped more than 50 friezes depicting a mythical battle and marble statues of the deities to Britain. Following public uproar - including a scathing poem by Lord Byron - the British Parliament purchased the art for 35,000 pounds. 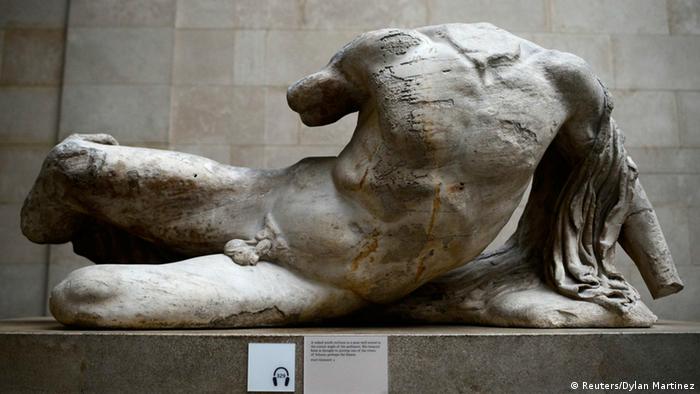 The British Museum currently houses roughly the same number of Parthenon marbles as Athens. Some are also displayed in museums in Paris, Copenhagen, Vienna, Würzburg, Munich and the Vatican

Attempts by the Greek government to reunite the coveted statues with their brethren in the Acropolis Museum - which left space for the missing pieces in its latest renovations - have failed.

As the British Museum sees it, Athens may borrow the art works, but further discussion on the issue is "virtually impossible" because of multiple Greek governments' refusal to "acknowledge the trustees' ownership of the Parthenon sculptures in their care."

In a 2015 letter to UNESCO, the world-renowned museum also argued that its collection was "not only for the British people, but for the benefit of the world public, present and future."

Greece is not alone in its mission: A number of British politicians and celebrities have spearheaded efforts to pressure the British Museum and Parliament. 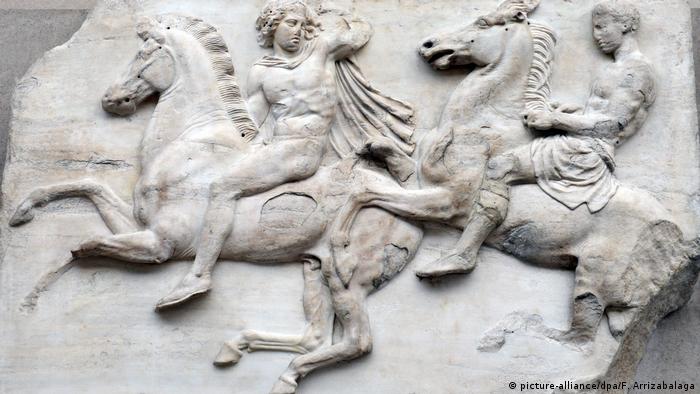 The Parthenon once featured a 160-meter marble frieze depicting the Panathenaic Procession. This panel is one of the many that decorated the temple's exterior

Only 23 percent of respondents to a 2014 YouGov poll believed that the UK should keep Parthenon marbles. Roughly 30 percent said they didn't mind either way; 37 percent responded that London should return them.

In 2015, the human rights lawyers Geoffrey Robertson, Norman Palmer and Amal Clooney urged Greece to bring the case before an international court. The Greek government declined the offer, however, noting that a diplomatic approach would be best.

This April, Robertson once again broached the topic, arguing that the EU had the duty to uphold European cultural heritage. "There is no more significant cultural heritage than the Parthenon marbles," he wrote in a Guardian op-ed.

The Greek government has declined to pursue the argument in court - which could mean losing the case once and for all - but has not ruled out that possibility for the future, a spokesperson for the Culture Ministry told DW in an email. 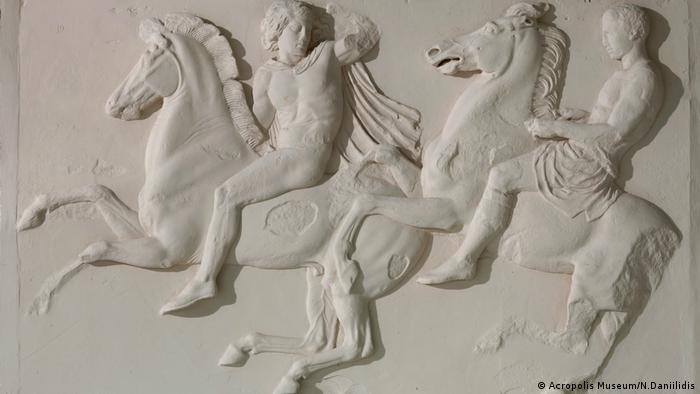 In its latest renovations, the Acropolis Museum installed place holders (like this reproduction) of the friezes currently housed in the British Museum. If they're ever returned, the museum will have plenty of space to accommodate them

The current government remains "strongly committed" to diplomacy as a means to "resolving the return and reunification of the Parthenon sculptures."

As for using the sculptures as leverage in Brexit negotiations, the Culture Ministry stressed that those are only the wishes of a few private citizens and "do not correspond to the official position of the Greek government."

Italy's return of Parthenon fragment to Greece shakes up debate in UK 11.01.2022

Originally part of the Athens temple, the marble sculptures on display in the British Museum are at the center of a 200-year-old restitution dispute between Greece and the United Kingdom.