Greece's New Acropolis Museum opens its doors this weekend, returning the controversial issue of the restitution of the Elgin Marbles to the public eye. 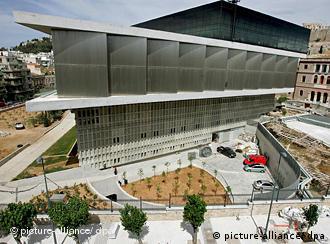 The new Acropolis Museum has divided neo-classicists and modernists

After years of delays, the official inauguration of the 130-million-euro ($180-million) museum is set to take place on Saturday, June 20, attended by some 200 foreign government leaders.

Conspicuous in their absence, however, will be any delegates from Britain. The Queen and the Duke of Edinburgh sent their regrets, as did Prime Minister Gordon Brown, Ben Bradshaw, the new secretary for culture and sport, and Neil MacGregor, director of the British Museum.

The reason for this snub is the museum's piece de resistance: the rectangular Parthenon Enclosure, complete with a glass box that has been specially designed to contain the Elgin Marbles. The collection of marble metopes had originally decorated the Parthenon, but is now housed in London's British Museum. 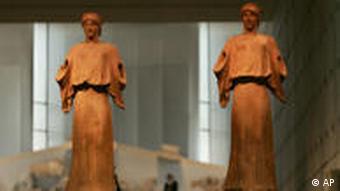 The museum showcases sculptures from the golden age of Athenian democracy

Greece has long been campaigning to get back the parts of the collection removed from Greece in 1806 by Lord Elgin, then a hard-up British ambassador to the Ottoman Empire, who sold them to the British Museum.

The legality of the removal is a moot point, and debate still rages as to whether the marbles should remain in London or be returned to Athens.

British authorities maintain that, after two centuries, the Classical sculptures legally belong to the British Museum and insist that they will never be returned - not least because Athens supposedly lacks a proper display space to ensure the safety and preservation of the priceless antiquities.

In the London-based daily The Guardian earlier this week, a spokesman from Britain's department of culture, media and sport stressed that the opening of the new museum would make no difference to the government's attitude.

"Neither the trustees nor the British government believe they should be returned," he said. "They are available free of charge in a museum that has more visitors than any other in the world; they are looked after in perfect environmental conditions; and above all they are presented in a world context and seen alongside comparative civilizations."

But the Greeks are determined to prove Britain wrong. Greek authorities believe that the new museum provides Britain with the perfect opportunity to right an historical wrong - and to atone for the colonial imperial legacy of the British Empire.

First and foremost, the new museum has been designed to demonstrate that Greece can look after the collection just as well as the British Museum, and that Athens is its rightful home. 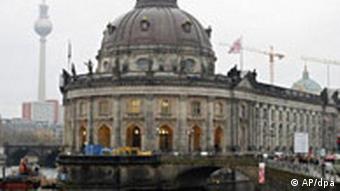 "This museum is a catalyst for the repatriation of the marbles that were plundered 200 years ago," Greek Culture Minister Antonis Samaras told reporters earlier this week. "This is a symbol of modern Greece which pays homage to its past […and of] the duty of a nation to its cultural heritage."

When politics and culture clash

But Volker Kaestner from the Collection of Classical Antiquities in Berlin thinks the issue isn't quite so black and white.

"As an archeologist, I do believe that this collection belongs together," he told Deutsche Welle. "But on the other hand, there have been legal decisions made about the Elgin Marbles and where they belong that justify their remaining in the British Museum. They have become part of the British cultural landscape, and their removal by Lord Elgin has become part of their history."

He said the issue is primarily a moral one, but with potentially rocky ramifications. "Were the Elgin marbles to be returned to Greece, this would set a precedent which would throw the doors wide open in an unreasonable way," he argued. "We can't expect to see all Rembrandt's work returned to Amsterdam, can we?"

But his main concern is an intellectual one. "Basically, mixing politics and culture isn't a good idea," he said. "This is a political issue that's happening at the cost of culture. It shouldn't be sullying the extraordinary historical and artistic significance of the Parthenon.

"This incredible piece of human achievement is being hijacked by a political cause." 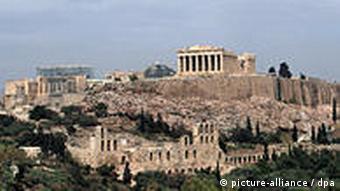 He is not alone in questioning the sense of positioning a new museum in such Classical surroundings. Ten years in construction and situated on a site filled with ruins dating from fifth century BC to the 12th century, the three-storey museum was designed by Swiss-born deconstructivist architect Bernard Tschumi.

Standing at the foot of the Acropolis, the angular glass building exploits natural light and boasts panoramic views of the Greek capital from almost every hall.

The museum was planned to remind visitors of the monument across the street, and its top floor layout replicates the Parthenon, whose 2,500-year-old sculptures are displayed with the missing pieces clearly marked.

The entire building is raised on huge concrete columns, which allows the museum's entry plaza and first floor to hover over an open excavation site below. The, the archeological artefacts discovered during the construction process are available for viewing.

Through the museum, wide expanses of glass were cut into the floor, allow visitors to look down into the ruins as they move around.

"There are two things that Tschumi had to take into account when designing the museum - designing the upper gallery to the exact dimensions and orientation of the Parthenon and accommodating the excavations below - an enormous project," said archaeologist Stamatia Eleftheratou.

A German museum has refused to return a valuable collection of vases to its Jewish owners, reviving troublesome questions over the restitution of Holocaust art. (03.06.2009)

A document unearthed recently indicates German archaeologists may have duped Egyptian customs officers into letting them smuggle the bust of Nefertiti to Berlin nearly a century ago. German officials reject the claim. (11.02.2009)