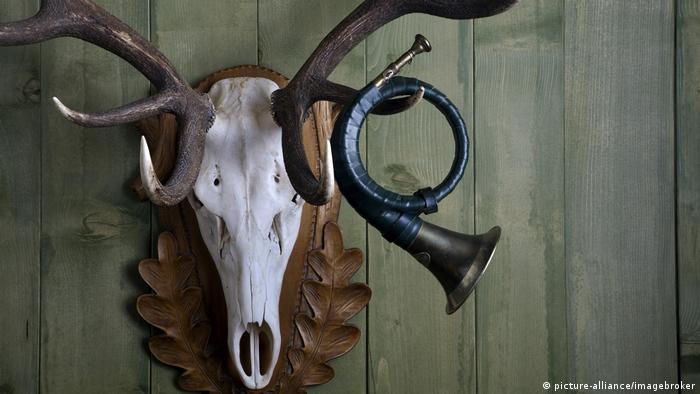 A flood of hate speech comments on Facebook aimed at a young hunter has led to fines and convictions in more than 50 cases, according to Germany's hunting association DJV, which helped her to press charges.

According to a DJV statement released Saturday, Sinah B. received more than 2,000 abusive comments over two days after she posted a photo of herself posing with a dead fox and a shotgun in spring 2018.

A woman who posted "slut," and "to visit, tie up, gag," referring to the hunter, while also mentioning a "load of buckshot in the backside" was ordered to pay €2,000 ($2,326) for court, lawyers and compensation fees.

The person who posted the threat "ugly woman we'll find you, watch out for your health" was punished with a €1,400 fine, which included compensation and court fees.

A commenter who posted "I'll just say karma" had to pay €1,600. There were similar penalties for people who used misogynistic terms.

'Secure the evidence and press charges'

Altogether, fines, fees and compensation came to tens of thousands of euros, with further cases ongoing, the DJV said.

"We advise anyone affected by hate criminality on the internet: secure the evidence and press charges," DJV President Volker Böhning added.

Sinah B. continues to post images of animals she has killed — mostly foxes, fish and deer — on Instagram, as well as photos of living animals.

"Everyone should decide for themselves whether it is ethically correct to post culls that are necessary," she wrote under one post in January 2019. "I don't find it reprehensible, because I am just posting what has to happen anyway."

"Debates, criticism and exchanges, YES," she added. "But no blind hate. We all know where hate leads when we look at history..."

This summer, the German parliament passed a new law against hate speech on the internet, giving authorities greater powers to force social media platforms to pass on the IP addresses of users who post abusive comments.

The law is not yet in force, and may yet be weakened by constitutional concerns over privacy, according to a Bundestag evaluation reported earlier this month by the Süddeutsche Zeitung daily newspaper.