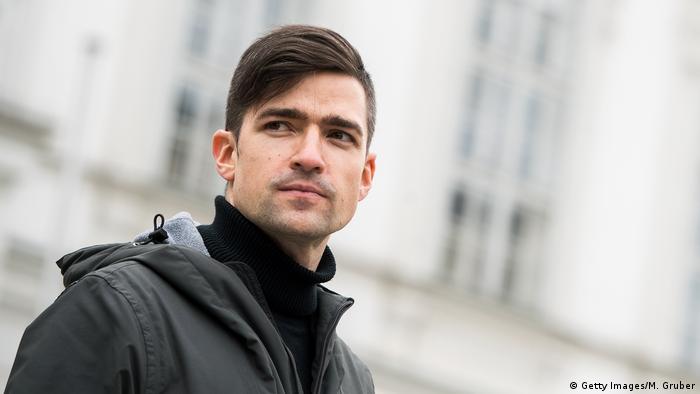 The leader of a far-right movement in Austria has had his YouTube accounts "terminated," the video platform's owner Google said in a statement on Tuesday.

"Google/YouTube can confirm that the channels by Martin Sellner were terminated in line with our Hate Speech policies," Google said in a statement sent to news agency AFP.

Last year, Sellner admitted he had been in contact with Brenton Tarrant, an Australian white supremacist who killed 51 Muslims in a terrorist attack at a New Zealand mosque. Tarrant made a €1,500 ($1,700) donation to Sellner in January 2018, just over a year before the Christchurch attack.

Sellner and the Identitarian movement are proponents of the far-right "Great Replacement" conspiracy theory that states white Europeans are being deliberately supplanted by non-white immigrants.

Austria is not the sole location for the movement, with branches across Europe. The Identitarian Movement has been active in Germany since 2012. The German branch, which has about 600 members, first came to national prominence in 2016 when activists occupied the Brandenburg Gate and unfurled huge anti-refugee banners.

The Identitarians are well-known for anti-immigrant stunts such as the one in Berlin. A similar event occurred a year later in Vienna when movement members gained access to the roof of the Turkish embassy in the Austrian capital, revealing a banner addressing Turkish President Recep Tayyip Erdogan that said: "Erdogan, take your Turks home."

The move to terminate Sellner's accounts comes as social media giants are being placed under greater scrutiny for their reaction to misinformation and hate speech spread by users.

Hundreds of advertisers, including big-name consumer brands and Britain's Labour party, have recently suspended advertising with Facebook as part of the #StopHateForProfit" campaign.

Ayman Sadiq, the founder of a popular online education platform has received a slew of death threats over a pro-gay Facebook post made by a former employee. Rights groups say the threats must be taken seriously. (13.07.2020)

Google has announced it will invest $10 billion over the next five to seven years to accelerate India's transition to a digital economy. India is expected to hit 650 million internet users this year. (13.07.2020)

Austrian Identitarian leader Martin Sellner has been denied entry to the US. It comes after he was linked to the Christchurch terror attack. (28.03.2019)