Austrian Identitarian leader Martin Sellner has been denied entry to the US. It comes after he was linked to the Christchurch terror attack. 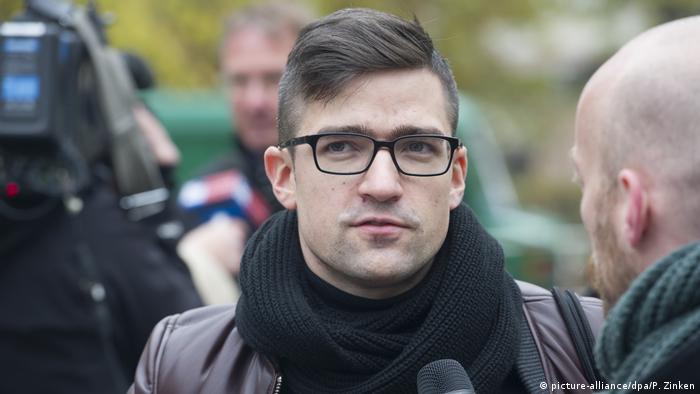 Austrian Identitarian Movement leader Martin Sellner said on Thursday that his US travel permit had been cancelled by authorities.

Sellner is currently under investigation and his home was raided this week for suspected ties to the suspected gunman of the New Zealand attack.

Austrians do not require a visa to travel to the US, as part of a visa waiver program with EU countries, but they must go through the Electronic System for Travel Authorization (ESTA) to be granted entry.

In a statement on social media, Sellner noted that US authorities had never denied him entry over his political activism. He said the move was interfering with his personal life.

"We had actually planned to get married in the US this summer and I've always been able to get in (to the United States) without problems," Sellner said on his YouTube channel.

But last year, Sellner and his American fiance Brittany Pettibone were denied entry into the UK, with officials saying their presence in the country was "not conducive to the public good."

The US Embassy in Vienna did not comment on the case and the Department for Homeland Security also did not respond. It remains unclear if Sellner would be eligible to travel to the US with a separate visa.

The Identitarians are a pan-European movement that began in France in 2003. Since then, the Austrian branch has become the bloc's most visible.

They advocate for a homogenous (white) Europe, believe the continent is being turned into an "Islamic land" and spread the "great replacement" conspiracy theory based on inflated statistics and unsubstantiated demographic projections.  But they insist their tactics are not racist.

Austria's conservative Chancellor Sebastian Kurz told reporters on Wednesday that his government planned to act against extremism "whether it's radical Islamism or far-right fanatics."

"Furthermore (we will) examine whether the Identitarians can be dissolved," Kurz said.

State prosecutors told DW they could not comment on Sellner as he was the subject of an ongoing investigation related to his links with the Christchurch shooting suspect.

The figurehead of the anti-Islam movement PEGIDA was detained at a London airport before being deported. He was due to speak at a far-right rally in central London's Hyde Park. (19.03.2018)

Inside Europe: Anti-migration activists put up new walls in France