The alleged shooter in Christchurch donated money to the far-right Identitarian movement in early 2018. The movement, which repeated messages in the killer's so-called manifesto, has denied any link. 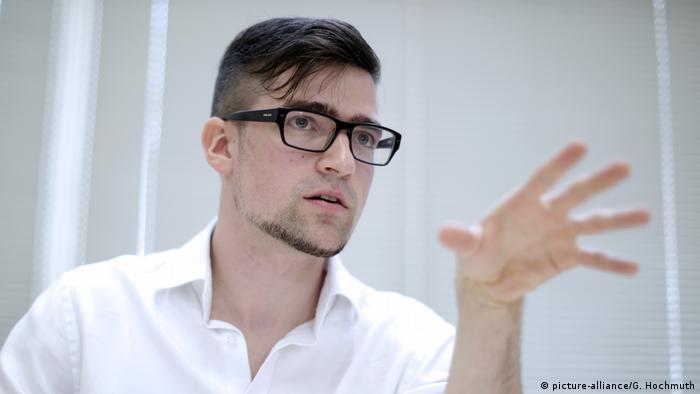 An Austrian far-right political group denied links to the alleged Christchurch terrorist after it emerged that he donated money to the group.

Austrian prosecutors said the donation is now the subject of a terrorism investigation.

Police raided the home of group leader Martin Sellner on Monday, as part of an investigation into Sellner's possible "establishment of or membership in a terrorist organization," prosecutors said.

The Austrian Interior Ministry told DW it could not comment on the ongoing investigation.

In an online video, Seller denied links to the alleged shooter but reiterated his racist message. "I have nothing to do with this terrorist attack. I will pass on the sum to a charitable organization," Sellner said. He then vowed to continue fighting against the "great replacement," the belief that non-European and Muslim migrants will become the majority in the European population.

Sellner said he did not know the terrorist suspect and his only contact was a standard thank-you email following his donation. The alleged shooter visited Austria as part of his travels before the attack.

Authorities said the donation value was significant compared to standard donations to the group.

Austrian Chancellor Sebastian Kurz tweeted: "Any connection between the Christchurch attacker and members of the Identitarians in Austria needs to be comprehensively and ruthlessly investigated."

"It is important that the independent justice system can use all necessary means and resources to conduct its investigation together with the security services and expose these networks," he said. "There needs to be total clarity about all extremist activities."

Fear of an 'Islamic country'

The Identitarians are a pan-European movement that began in France in 2003. Since then, the Austrian branch has become the bloc's most visible.

They insist their tactics are not racist. But their concerns echo other far-right protest movements, including Germany's PEGIDA. They advocate for a homogenous (white) Europe, believe the continent is being turned into an "Islamic land" and spread the "great replacement" conspiracy theory based on inflated statistics and unsubstantiated demographic projections.

Currently, only 4 percent of the European Union's population is made up of non-EU nationals.