Google has announced it will invest $10 billion over the next five to seven years to accelerate India's transition to a digital economy. India is expected to hit 650 million internet users this year. 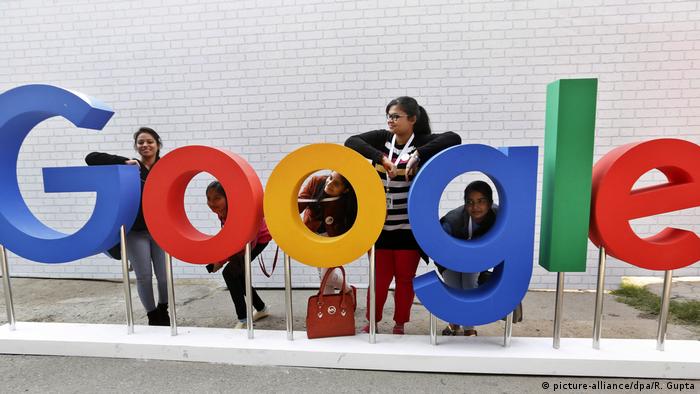 US tech giant Google on Monday said it will invest $10 billion (€8.8 billion) into digitalizing India over the next five to seven years.

In a digital keynote at a Google for India event, CEO of Alphabet Inc and its subsidiary Google Sundar Pichai announced the launch of the Google for India Digitalization Fund, designed to increase the company's investments in one of its biggest growth markets.

"Our goal is to ensure India not only benefits from the next wave of innovation but leads it," Pichai said.

"We'll do this through a mix of equity investments, partnerships, and operational, infrastructure and ecosystem investments," he added. "This is a reflection of our confidence in the future of India and its digital economy."

The investments will target making access to information affordable, building new productions, helping businesses with their transition to digital, and increasing the use of artificial intelligence in health, education, and agriculture, the company said.

Google also announced it would invest $1 million in digital education in India with a fund it said will allow 1 million teachers in 22,000 schools to use Google services to improve online learning.

Read more: Most of India is poor, because information does not go to the poor!

Many of its products and services, YouTube and the Android mobile operating system, in particular, are popular there.

Pichai has said India's online population is pegged to reach 650 million by 2020, with over 450 million smartphones expected to be in use.

The new investments were developed in collaboration with the Indian government's "Digital India" initiative, Pichai said.

Prime Minister Narendra Modi has prioritized digitalization in India. In a tweet on Monday, Modi said he had met with Pichai to discuss a range of subjects, "particularly leveraging the power of technology to transform the lives of India's farmers, youngsters and entrepreneurs."

Other US tech firms have also set their sights on the Indian market. In April, Facebook announced a $5.7-billion investment in a project to digitalize over 60 million small businesses. In January, Amazon said it will invest another $1 billion in the country, bringing Amazon's total investment in India to $6.5 billion.