Has Bangladesh made progress on the rights of garment workers? | Asia | An in-depth look at news from across the continent | DW | 06.02.2020

Has Bangladesh made progress on the rights of garment workers? 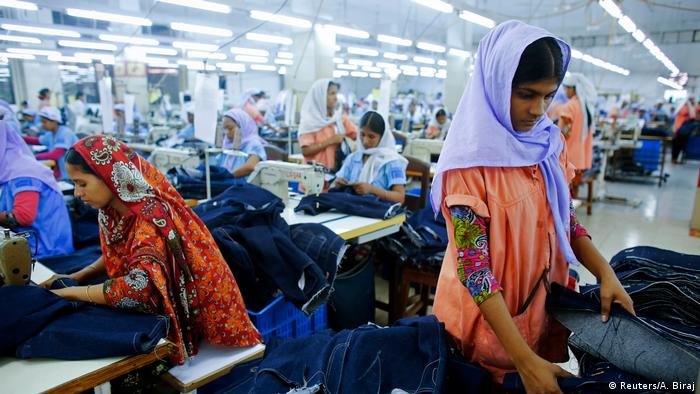 Bangladeshi garment industry owners pledged to uphold worker rights at a recent European Parliament forum in Brussels The panel discussed the improvements Bangladesh has made on the working conditions in its garment industry.

A discussion hosted on Tuesday by European Parliament Member Tomas Zdechovsky also analyzed the EU-Bangladesh apparel trade. Bangladesh is the second-largest exporter of ready-made garment (RMG) products in the world and Europe is the South Asian nation's largest garment export market comprising almost 60%. In the fiscal year 2018-19, Bangladesh exported over $19.6 billion (€17,84 billion) worth of garment products to Europe. However, the EU has historically been skeptical about the working conditions and unsafe labor practices in Bangladesh, especially since the 2013 factory building collapse in its capital Dhaka that claimed hundreds of lives.

"The ready-made garment industry is a safer place to work now than it was before," said Dan Rees, the director of the Better Work Program of the International Labour Organisation (ILO), during the discussion. "I think strong progress has been immediately made since 2013," he added. However, there is still a lot of room for improvement, he added.

ILO has been closely monitoring the changes and developments in workers' safety and rights situation in Bangladesh, which the country promised to bring about in an agreement with global brands, retailers and trade unions. The move was a part of an agreement called The Accord on Fire and Building Safety in Bangladesh.

Bangladeshi State Minister for Foreign Affairs Md Shahriar Alam represented his country's government at the discussion and called for a more positive agenda for EU-Bangladesh trade relations. He also stressed the importance of the industry for the Bangladeshi economy and society.

"Our Prime Minister Sheikh Hasina envisions a Bangladesh where equity and social justice prevails in a prosperous economy, and our social partners work together for a harmonious industrial relations management," he said.

After the discussion, EU Parliamentarian Zdechovsky told DW that Bangladesh has been so far more open to dialogues than its competitors.

"Bangladesh has made a lot of progress. They are not excellent, but they are still open to dialogue and make efforts for workers' and women's rights. If I compare them with Cambodia, Laos and Vietnam, Bangladesh is much more open," he said.

There are thousands of factories in Bangladesh that produce garment products. According to the Bangladesh Garment Exporters and Manufacturers Association (BGMEA), more than 3,800 export-oriented garment factories have been inspected for building, fire and electrical safety. Recommendations were also made for any deficiencies. 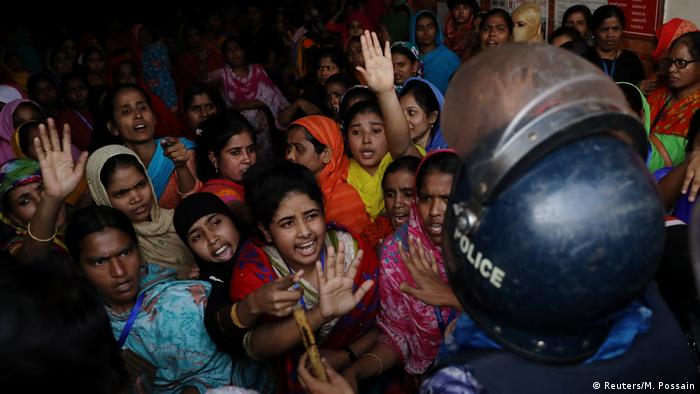 Garment workers protesting for higher wages in Dhaka in January 2019

Bangladesh's minister of commerce, Tipu Munshi, told the country's parliament on Tuesday that 63 BGMEA factories were closed in 2019, making more than 32,000 workers jobless.

The EU Parliament forum also discussed whether the industry has done enough to ensure workers' rights and safety. Citing the fact that there have been no major incidents in the recent past, Dr. Rubana Haq, the BGMEA president, labeled the dialogue around the situation of workers' safety and security in Bangladesh as perception-based. She said that the reason for slow progress in the remediation process is not because of the BGMEA's unwillingness or the government but because the standards were set without considering the local context.

"I think the labor narrative has to be changed in Bangladesh. Because with so much remediation that has been done, I don't think the industry – including the workers – deserve this anymore," she said.

While acknowledging advances in factory safety, representatives of labor organizations called for regulations that would enable garment workers to have a greater say in their working conditions.

"There is urgent need for the reform of law, policy and practice in order to enable an environment for workers organizations," said ILO's Rees. "Safety is not about buildings, it is about people. I am sure there are more things to be done to show that the workers understand and have the power to play their part for their safety at work."

Rees added that a reality check is needed to settle export prices and the rights of workers to join trade unions in the export processing zones that are administered by the Bangladeshi government.

"Further measures should be taken to restrain interventions in the trade union elections," Rees added.

Makbule Sahan, legal director of the International Trade Union Confederation (ITAC), claimed that there are major discrepancies in securing labor rights in Bangladesh.

"We have major concerns on police crackdown on the workers' wage protests. There are amendments in the legislation, but they are not aligned to the ILO standards," she said.

BGMEA's Haq pushed back against the claims that factory owners were working against the interests of their employees and labor unions. She cited Bangladesh's accomplishments as compared to other countries where garments are produced for the European continent.

She added that each and every case of workers who have lost their jobs is being scrutinized by BGMEA.

"Whatever protocols have been set will not be regressed," Haq promised.

The world's second-largest garment exporter, Bangladesh, is trying to introduce greener alternatives in textile production. The attempt could help the country secure its position in the international market. (25.10.2019)