Rescuers began recovering bodies from a fan factory outside Dhaka after the compound was hit by a deadly blaze. The latest incident comes only days after 17 people died in another factory fire. 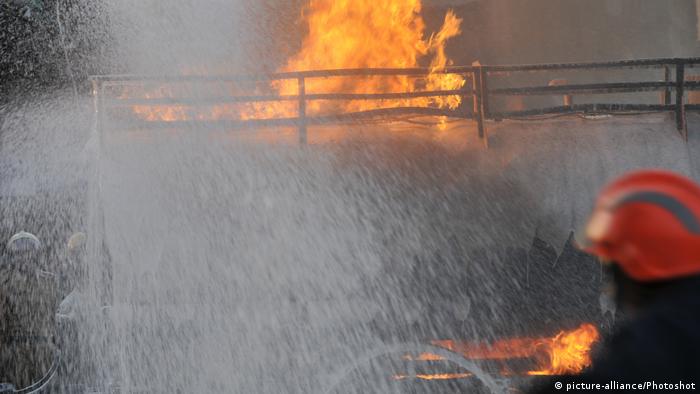 At least 10 people died and several more were injured when a fire engulfed a small fan factory near the Bangladeshi capital, Dhaka, officials said on Sunday.

Rescuers found the bodies in the charred structure. It was not immediately clear how many people were inside the 900-square-foot (84-square-meter) venue when the flames took hold.

The cause of the fire was also not immediately known. However, factory blazes are common in Bangladesh, especially during the dry winter season, with many factories operating illegally and with poor safety standards.

No end to fires

On Wednesday, a fire ripped through an illegal plastics factory, which was also located near Dhaka. The blaze, possibly started when flames from a gas stove reached highly flammable production materials, killed 17 people and injured 35. Police said they would press murder charges against the factory owners.

At least 154 were killed and over 350 wounded due to fires in Bangladesh from January to November this year. A 2012 fire in the Tazreen garment factory claimed 117 lives, and a Dhaka factory collapse in 2013 killed over 1,100 people.