Celebrations at Hamburg's Pride Parade ground to a halt after one of the floats went up in flames. At least two people suffered smoke inhalation. Large LGBT+ marches were also being held in Belfast and Amsterdam. 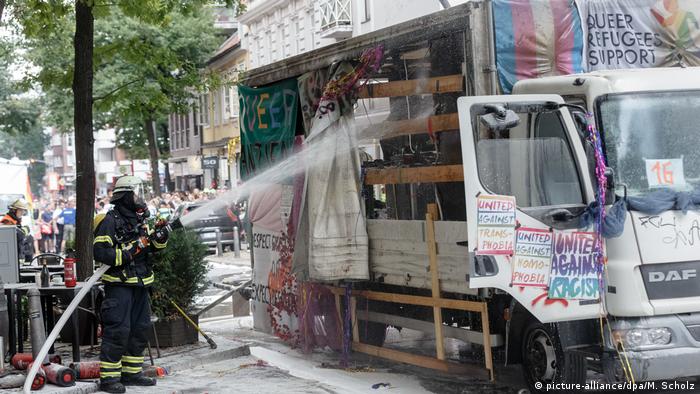 Plumes of smoke rose over central Hamburg on Saturday after a fire broke out at the German port city's Pride Parade.

The blaze engulfed the "Queer Refugees Support" float at around 1:30 p.m. (1130 UTC) as it made its way down the parade route, local media reported. The truck's power generator reportedly went up in flames.

Firefighters swiftly brought the fire under control and, about an hour later, the parade was allowed to continue.

One of the parade's organizers, Stefan Mielchen, said four people suffered mild injuries. The group Queer Refugees Support Hamburg said on Facebook that two of its activists were taken to hospital with smoke inhalation. 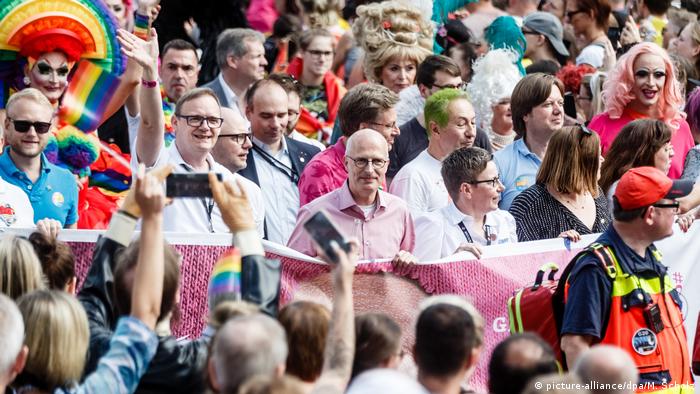 'Diversity is our strength'

About 25 trucks and 27 groups on foot took part in the pride event, known locally as Christopher Street Day. Organizers said on Facebook that more than 200,000 people had joined in.

Donning a pink shirt, Hamburg Mayor Peter Tschentscher led the festivities with other officials from the city's administration.

"We are a tolerant and cosmopolitan city. This diversity is our strength," he said as the parade got underway, according to the Hamburger Abendblatt newspaper. 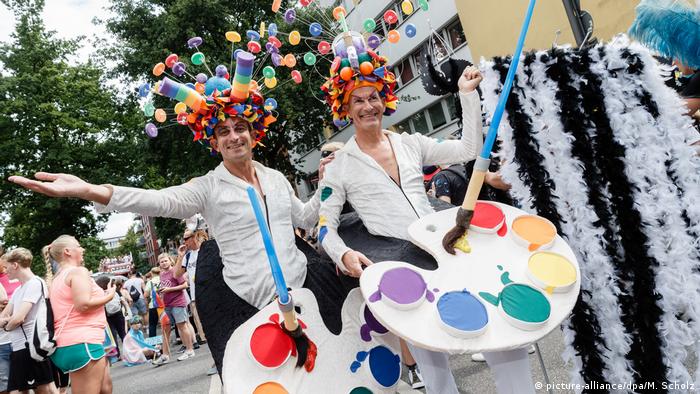 After a short interruption, during which the fire was extinguished, the parade continued

Meanwhile in Amsterdam, tens of thousands of people lined the city's famous canals to watch one of Europe's biggest Gay Pride festivals. Around 500,000 visitors were expected to cheer on scores of decorated boats representing different LGBT+ organizations. 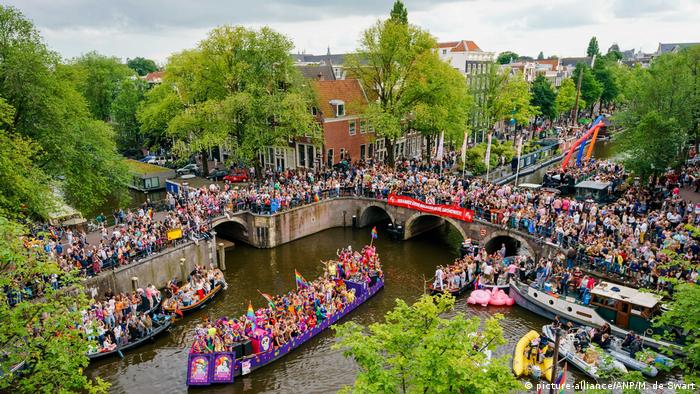 About 60 boats were taking part in Amsterdam's Pride Parade

Also on Saturday, thousands of people marched in Pride celebrations in the Northern Irish city of Belfast. The event came just weeks after the British Parliament voted to extend same-sex marriage and abortion rights to the country.

The legislation will come into force in October unless the devolved government in Belfast, which has been suspended since January 2017, is reinstated beforehand.

This year's pride events are taking place 50 years after police raided the Stonewall Inn, a gay bar in New York. The incident in 1969 sparked riots by the gay community and is widely seen as a turning point in the LGBT+ rights movement.

Traditionally home to female and transgender prostitutes, activists hope the neighborhood's famous windows can be opened up to all sex workers. The equality campaign is part of Amsterdam's Gay Pride festival. (03.08.2019)