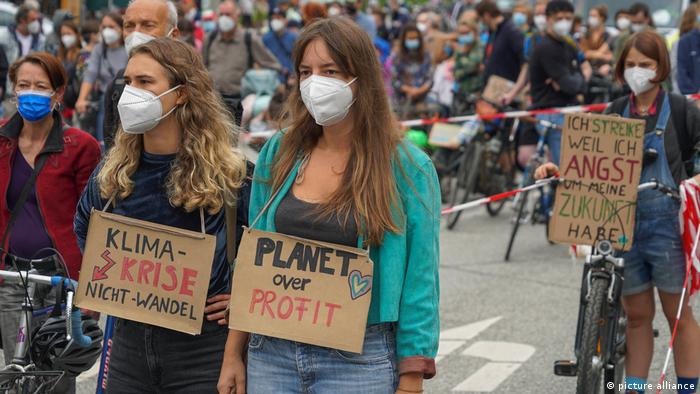 Hundreds gathered in Hamburg on Friday to pay tribute to flood victims and call on politicians to act immediately to deter the most harmful effects of climate change.

Luisa Neubauer, a leading German climate activist in the Fridays for Future movement most closely associated with Greta Thurnberg, told the dpa news agency: "The climate crisis is here, it is unmistakable." 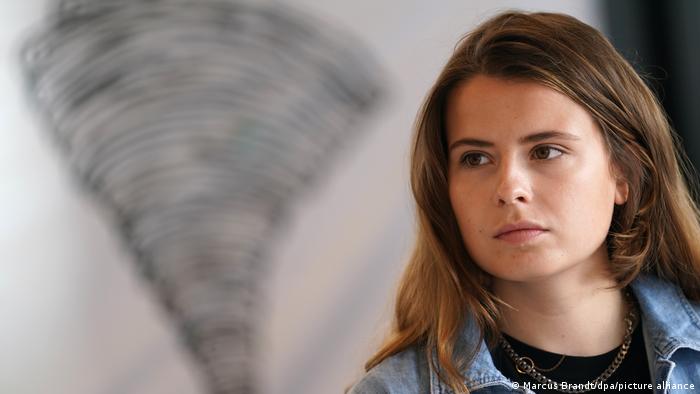 She said the floods that wrought havoc on western and southern Germany last week showed how "prosperity that has been accumulated over decades" can be washed away in a matter of moments.

Neubauer told dpa that politicians appeared largely oblivious to the effects of climate change. Promises made are not promises kept, she said.

"We also see that these proclamations often vanish into thin air just when it comes to putting them into action," she said.

Hamburg hopes for a future

Neubauer was joined by approximately 500 fellow climate change activists in a march through central Hamburg. 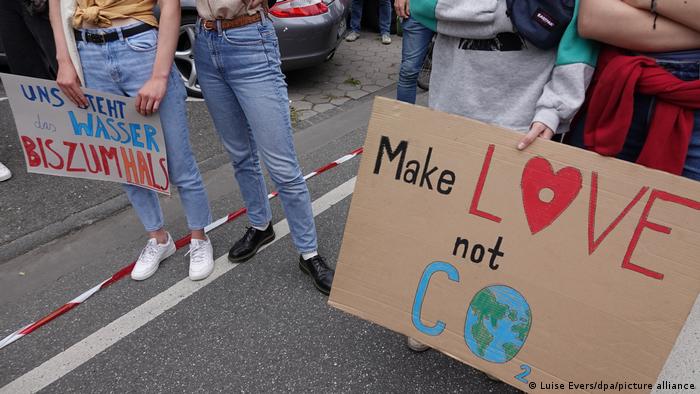 The 170 known victims of the floods were remembered with a minute of silence and donations were collected for the survivors.

Floods as a flash of devastation – and hope

Annika Rittmann, spokeswoman for "Fridays for Future" in Hamburg, expressed disappointment in Armin Laschet, the Christian Democrats candidate for chancellor and currently the state premier of North Rhine Westphalia, which saw the worst of the flooding. 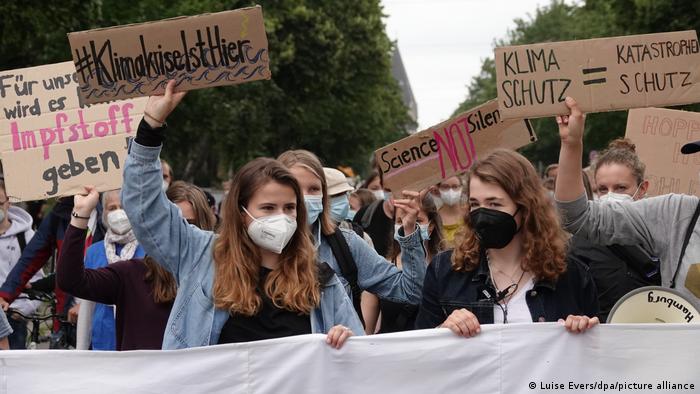 At one point while touring the devastation, Laschet was caught on camera laughing with colleagues in the background of a shot as German President Frank-Walter Steinmeier delivered remarks.

Claudia Kemfert, an economist at the German Institute for Economic Economic Research (DIW), sees opportunity in the aftermath.

The floods, she said, could lead to positive transformations in society, most notably in terms of preventative projects designed to limit future damages.

"Every euro that we invest now saves 15 euros," she said.