Leaders of Hamas, Hezbollah, Islamic Jihad and dozens of Syrian rebel groups have denounced the Paris assaults as "against human values," expressing their deepest condolences to the people of France. 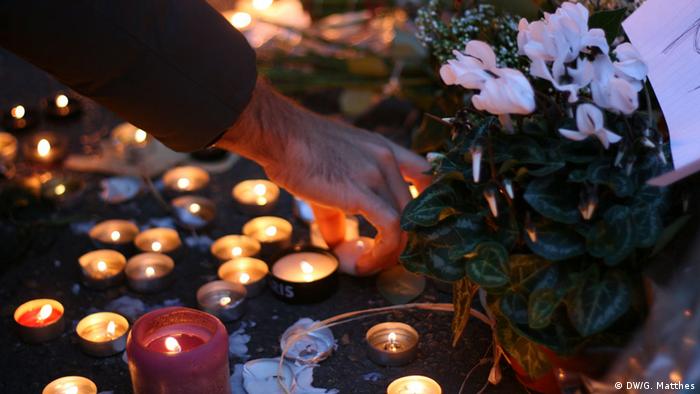 The leaders of Hamas, Hezbollah and Islamic Jihad all issued statements Saturday denouncing the attacks in Paris, where 129 people were killed and more than 350 people were wounded on Friday night.

Dozens of Syrian rebel groups have also denounced the attacks in a joint online statement as "against human values."

The joint statement, which also included the powerful Jaish al-Islam rebel groups, condemned "in the strongest terms" the coordinated assault.

"We learned today, with great shock and condemnation, about the terrorist attacks against civilians in the city of Paris," the statement said.

Hezbollah leader Sheikh Hassan Nasrallah condemned the attacks as "barbaric," and said in a televised speech that "our people in this region know very well this terrorism the 'Islamic State' has carried out in the French capital." He went on to say that “the 'Islamic State' will not last long."

Nasrallah stressed further that the recent attacks in a Hezbollah stronghold in Beirut's southern suburbs, in which 43 people were killed in a double suicide attack on Thursday, will only increase Hezbollah's determination to fight the jihadist movement in Syria.

The Islamist movement Hamas, which is considered a terrorist organization by the European Union and the United States, also condemned the gun and bomb attacks.

Hamas official Bassem Na'eem said in an email statement that Hamas "strongly condemned the series of attacks and hostile actions that were carried out in Paris."

"We pay our deep condolences to the families of the victims and we wish France safety and security," he added.

Syrian activists, refugees and civilians took to social media to express their solidarity with France. Social media profile pictures were overlaid with the French flag and residents in Syria's war-torn capital, Damascus, wrote an open letter to the French people.

"We extend our hands to all the people that love peace and freedom, most of all the French people," the letter said.

World leaders have also denounced the assaults, with German Chancellor Angela Merkel saying: "We, your German friends, we feel so close to you. We are crying with you."

Earlier Saturday, the "Islamic State" (IS) militant group claimed responsibility for the Paris attacks. French President Francois Hollande has called IS' actions an "act of war."

French and Belgian police have arrested several people with alleged ties to those who carried out the Paris attacks. Three teams of gunmen were behind the mass killings, with at least one registered as a Syrian refugee. (15.11.2015)