Merkel: We are crying with France

In the wake of the devastating Paris attacks, the German chancellor has offered her condolences. Standing in solidarity with France, she has called for a fight against terrorism in both words and deeds. 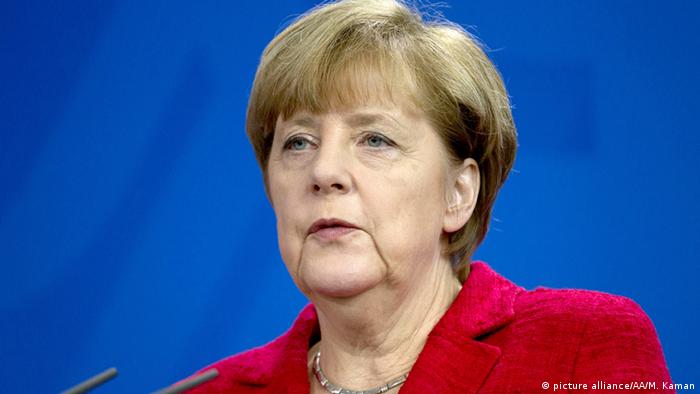 On Saturday morning, German Chancellor Angela Merkel addressed the nation in a swift press conference with one message: Germany stands in solidarity with France.

"We, your German friends, we feel so close to you. We are crying with you," she said.

Saying the terrorists had attacked out of hate against the freedom enjoyed in Europe, she emphasized the need to send a clear message by upholding and asserting their right to live by European values.

The attacks that shocked Paris the previous evening were launched at the same time as Germany and France's national football teams squared off. French President Francois Hollande and German Foreign Minister Frank-Walter Steinmeier were both attending the match.

France and Germany are currently in talks on how to address the crisis, Merkel said on Saturday. She and her cabinet are to meet later in the day.

"We will help you lead the fight against terror, which has done something so unimaginable to you."

World leaders, along with the UN Security Council, the EU and NATO, have offered their condolences to France, which has been on high alert since the Charlie Hebdo murders in January.

"Once again we've seen an outrageous attempt to terrorize innocent civilians," said US President Barack Obama at the White House on Friday. "We stand prepared and ready to provide whatever assistance that the government and the people of France need.

"We are reminded in this time of tragedy that the bonds of liberté, egalité, fraternité, are not just the values French people share, but we share," Obama added, citing France's national motto. "Those go far beyond any act of terrorism or the hateful vision of those who perpetrated the crimes this evening."

On Twitter, Canadian Prime Minister Justin Trudeau said he was "shocked and saddened" by the attacks.

Russian President Vladimir Putin sent his deep condolences to Hollande and all the people of France following the "horrible terrorist attacks in Paris," the Kremlin said in a statement.

"Russia strongly condemns this inhumane killing and is ready to provide any and all assistance to investigate these terrorist crimes."

British Prime Minister David Cameron said the UK would do "whatever we can to help" and that the government would be weighing its options.

In Brussels, the leaders of European Union institutions, which have been trying to coordinate security responses since the Islamist attacks in Paris in January, also condemned the attacks.