Police shot dead the leader of one of the country's most feared gangs after he was broken out of jail. Dozens more were killed in the violence. 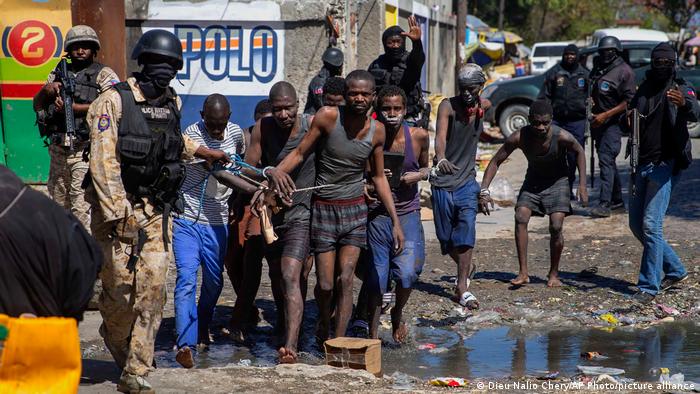 More than 400 inmates escaped from a prison in Haiti on Thursday, authorities announced on Friday. Some 25 people were also killed in the incident, including the director of the prison.

Police also killed Arnel Joseph, the leader of one of the country's most powerful gangs, following his escape from the Croix-des-Bouquets prison in the capital city of Port-au-Prince. He was shot by police at a checkpoint after pulling a gun, a police spokesman said.

The jailbreak was the deadliest in a decade. Among the casualties were six inmates, one police officer and the head of the prison, Paul Hector Joseph, Secretary of State for Communication Frantz Exantus announced on Friday. Civilians were also killed in the ensuing violence.

Authorities said they had recaptured 60 of the convicts, but more than 200 were still on the run.

Some 300 out of 899 inmates managed to escape the same prison in 2014 after armed attackers on the outside collaborated with accomplices on the inside.

Some suspected that the recent breakout was aimed at freeing Arnel Joseph. 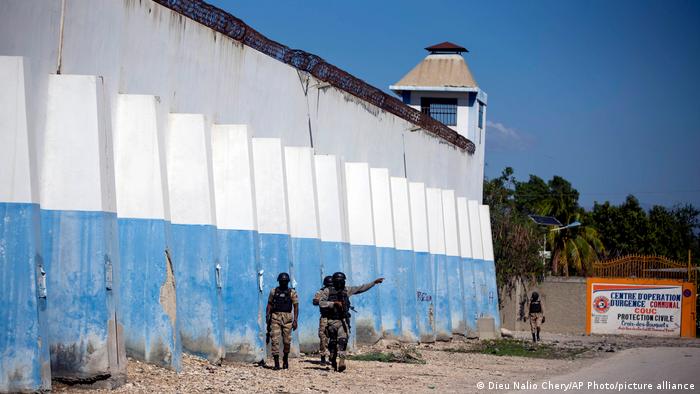 Before Thursday's jailbreak, there were around 1,500 people locked up in the facility, according to the Haiti Press Network news agency. Witnesses told the Associated Press that they had seen gunmen shooting at prison guards before the breakout.

Haiti's President Jovenel Moise condemned the breakout on Twitter, saying: "We condemn the Croix-des-Bouquets jailbreak and urge the population to remain calm. The [National Police] is instructed to take all measures to bring the  situation under control."

The country was plunged into political turmoil in early February when Moise had scores of opponents arrested under accusations of attempting to launch a coup. Some of those were being detained in the Croix-des-Bouquets prison alongside gang members.

Protests against Moise's government have since become an almost daily affair.

Political unrest has also been blamed for the rise in gang violence, such as kidnappings and murders, which have turned parts of the capital into no-go areas.

Rights activists have accused the government of using gangs for their own political goals.

A decade after an earthquake leveled buildings in Haiti in January 2010, many people in the country still struggle against poverty and corruption. But there is still some hope that change is coming.