Haiti paralyzed by fifth day of protests against president 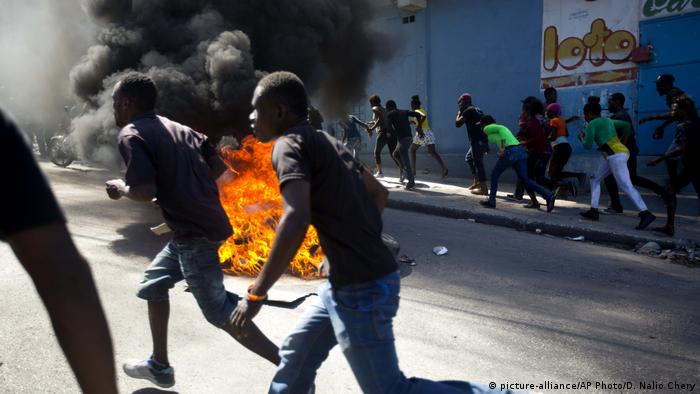 A fifth day of anti-government protests raged in the Haitian capital and other cities on Monday, paralyzing much of the country amid rising violence.

Schools, shops and municipal offices were largely shuttered in Port-au-Prince and many roads were closed by barricades erected by protesters.

Thousands of protesters poured out of the capital's slums towards wealthier neighborhoods in the city center, where there were reports of rioting and looting alongside peaceful protests.

Police have used tear gas and live fire in the air to disperse rallies over the past five days. Several deaths have been reported.

Demonstrators want President Jovenel Moise to resign over a corruption scandal and for failing to improve the economy in the Western Hemisphere's poorest country. 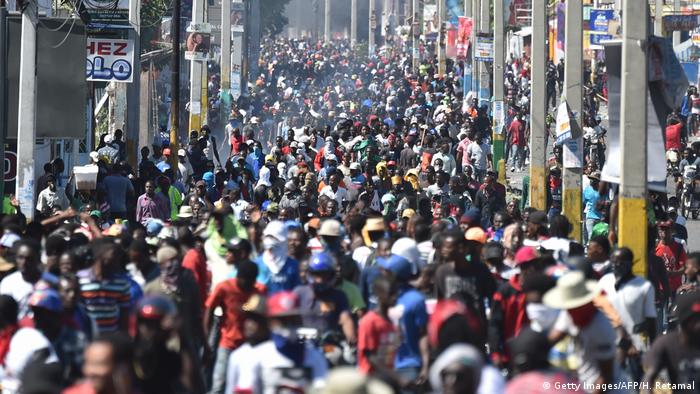 Moise is accused of failing to investigate alleged corruption in the previous administration over Petrocaribe, a Venezuelan-subsidized energy program.

The Superior Court of Auditors earlier this month released a report linking former ministers and senior officials to economic mismanagement and the possible misappropriation of funds loaned to the country by Venezuela since 2008.

The report also mentioned a company that was formerly headed by Moise and had received funds from a road construction project, but never had a signed contract.

The government has been quiet in the past several days as the opposition continues to push for Moise's resignation two years after his inauguration.

During his election campaign, Moise promised "food on every plate and money in every pocket," but the 15 percent inflation rate has eaten into people's purchasing power.

At least 28 bodies have been recovered and 17 people rescued off the coast of Abaco island. The Bahamas have seen 300 Haitians try to illegally enter the country since the start of 2019. (04.02.2019)

At least two people were killed and several injured in protests over corruption. Police opened fire on a crowd to clear the way for a presidential motorcade after a public ceremony being held nearby. (18.10.2018)