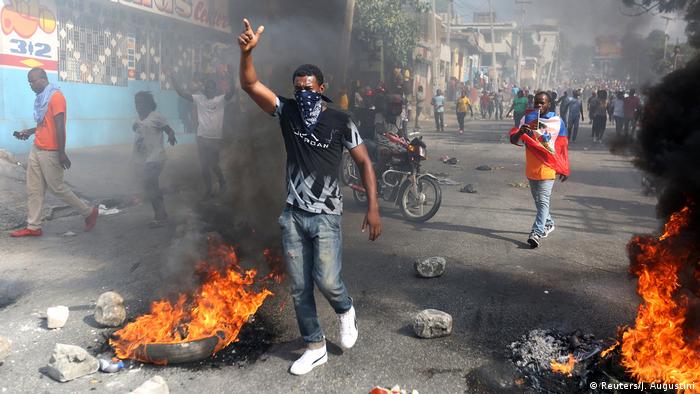 Thousands of Haitians took to the streets on Thursday against economic misery in the latest challenge to President Jovenel Moise amid months of protests over corruption.

Demonstrators want Moise to resign for failing to investigate alleged corruption in the previous administration over Petrocaribe, a Venezuelan-subsidized energy program.

The Superior Court of Auditors last week released a report linking former ministers and senior officials to economic mismanagement and the possible misappropriation of funds loaned to the country from Venezuela since 2008.

The report also named a company that was formerly headed by Moise as a recipient of funds from a road construction project that never had a signed contract. 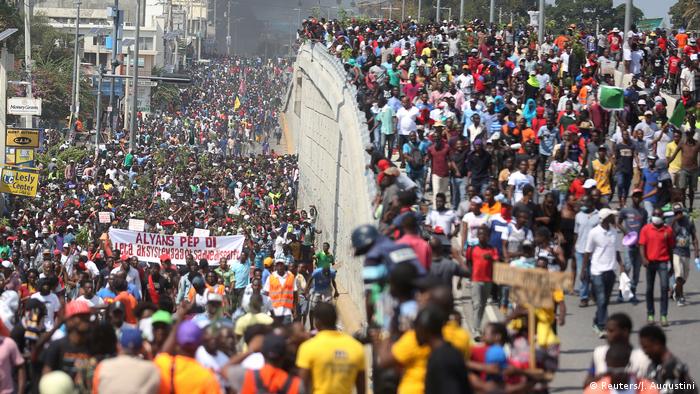 Thousands of people protested in the capital, Port-au-Prince

Some of the demonstrations turned violent as protesters clashed with police, who shot tear gas and live ammunition into the air. In the capital, Port-au-Prince, several cars were torched, including four police vehicles.

Opposition leader Moise Jean Charles called for protests to continue over the next days until the president resigns.

"We will not stop, we will continue on the 8th and 9th of February to finish with President Jovenel Moise," the opposition leader said. "If Jovenel Moise does not want to step down from power, we are going to name an interim president in the coming days."

At least 28 bodies have been recovered and 17 people rescued off the coast of Abaco island. The Bahamas have seen 300 Haitians try to illegally enter the country since the start of 2019. (04.02.2019)

Thousands of people have been trapped in the Cite Soleil neighborhood outside Haiti's capital after bloody turf wars between rival gangs. Residents don't have adequate drinking water, food or medical care.