At least two people were killed and several injured in protests over corruption. Police opened fire on a crowd to clear the way for a presidential motorcade after a public ceremony being held nearby. 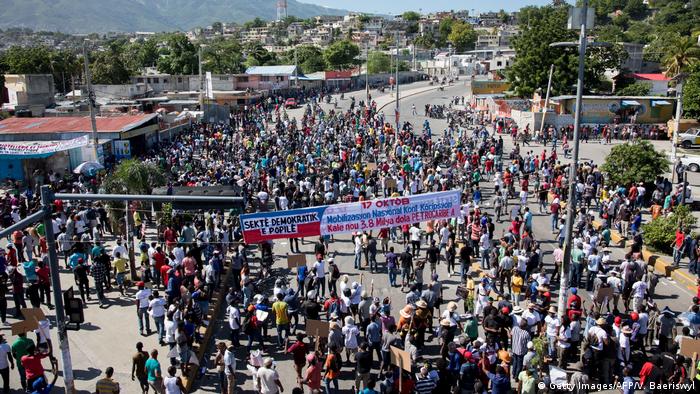 At least two people were killed and 11 injured when police opened fire on citizens protesting corruption in the capital Port au Prince on Thursday.

The protest took place after a ceremony was held for Haiti's founding father Jean-Jacques Dessalines attended by President Jovenel Moise. Police opened fire on citizens blocking the presidential motorcade and he was quickly removed from the scene.

Tens of thousands of angry protesters had taken to the streets across the impoverished Caribbean country during the day.

Protesters had previously set up flaming barricades of tires and garbage in streets across the city. 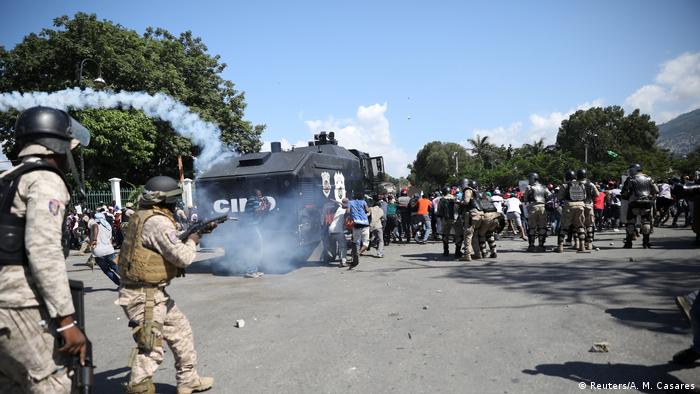 Protests have been spurred by a corruption scandal in which government officials are said to have embezzled $3.8 billion (€3.31 billion) in aid from PetroCaribe, an oil assistance program.

It was set up 12 years ago by Hugo Chavez's Venezuelan government to help poor countries in the region. Protesters are demanding more transparency in the government's investigation.

President Jovenel Moise pledged on Wednesday to get to the bottom of the scandal, saying: "Once you have stolen government funds, whether you are part of the government, of the opposition or the population, you'll have to face justice." But Moise is widely seen as compromised by his close relationship to former President Michel Martelly, one of two presidents under whose government the embezzlement took place. The other was Martelly's predecessor Rene Preval. Many protesters were heard calling for Moise to step down.

Although Haiti's Senate found that 14 government officials had illegally enriched themselves, none have been charged with a crime.

Lawyer and prominent Moise critic Andre Michel said: "We are living in a country where there is no health care, there are no good schools for our children and the farmers are abandoned with no help from the government.

In the same country you have a couple of people who stole over three billion dollars." Michel said, "Jovenel Moise is the main obstacle to the completion of the PetroCaribe trial."