At least 28 bodies have been recovered and 17 people rescued off the coast of Abaco island. The Bahamas have seen 300 Haitians try to illegally enter the country since the start of 2019. 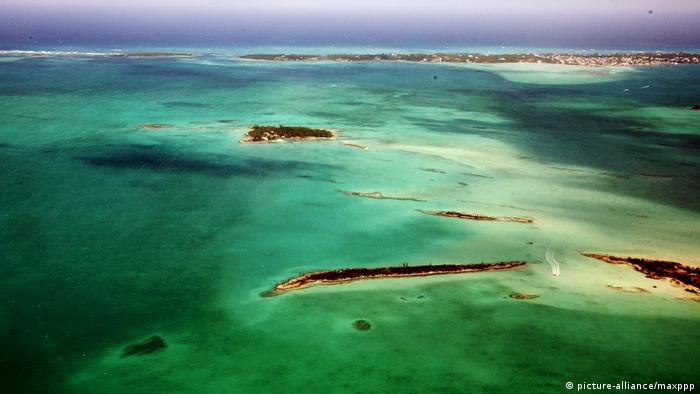 At least 28 Haitian refugees died when a boat sank off the coast of the Bahamas, officials said on Sunday. The incident began the day before, when the ship floundered 10 kilometers (6 miles) off the coast of Marsh Harbour on the island of Abaco.

"Thus far, a total of 17 persons have been rescued alive and 28 bodies have been recovered from the water" after two days of dive operations, the Royal Bahamas Defence Force (RBDF) said.

Initially, the RBDF, together with the US coast guard, said that they had rescued 15 survivors and found 13 bodies. They were able to save two more people on Sunday.

The US embassy in Haiti criticized the human traffickers who transport migrants on unsafe vessels, writing on Twitter: "No journey is worth risking lives - please urge families and communities: Illegal migrant & smuggling operations are dangerous and frequently end in tragedy."

According to the RBDF, some 300 Haitians have already tried to enter the Bahamas illegally in 2019.

In Haiti, about 60 percent of the population lives on less than two dollars a day. Thousands have emigrated, many to Brazil and Chile, where visas are easier to come by.

Still reeling from a devastating earthquake in 2010 and a hurricane in 2016, Haiti is also plagued by corruption, crime and high rates of communicable disease.

Several deaths have been reported in Haiti as people rioted to protest significant increases in gas and fuel prices. Major airlines have canceled flights to the island. Leaders have appealed for calm. (08.07.2018)