Several deaths have been reported in Haiti as people rioted to protest significant increases in gas and fuel prices. Major airlines have canceled flights to the island. Leaders have appealed for calm. 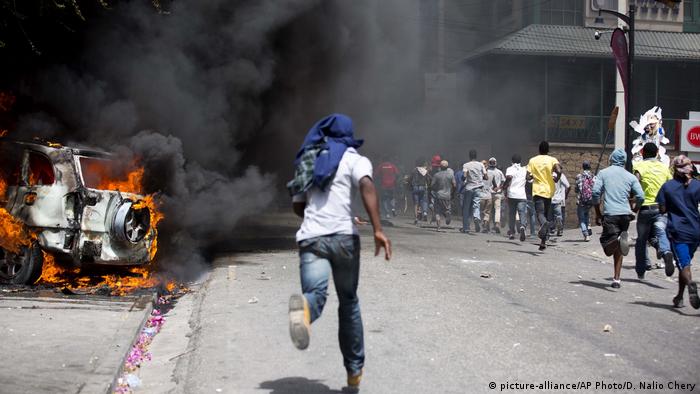 Several people were killed over the weekend as protests broke out in Haiti over a significant rise in petrol prices, local media reported on Saturday. Leaders and politicians pleaded for calm as the protests entered a second day.

The unrest began when the government announced that gasoline prices would rise by 38 percent, diesel by 47 percent and kerosene by 51 percent starting this weekend.

However, the government's decision to back down did not keep angry residents from continuing to take to the streets. Some demonstrators erected flaming roadblocks, while others attacked hotels and businesses. 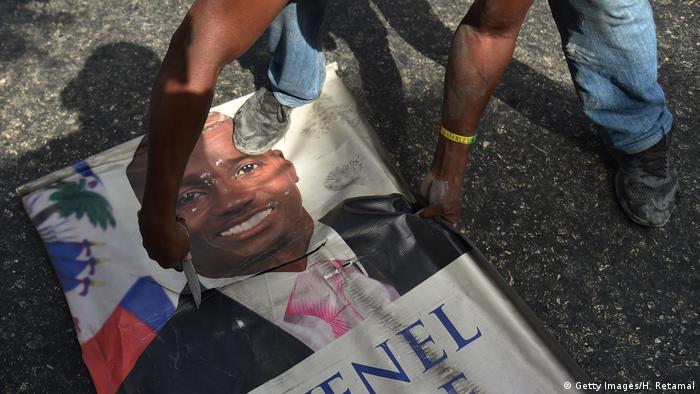 Demonstrations also broke out in Cap-Haitien, the second-largest city, as well as in the communes of Les Cayes, Jacmel and Petit-Goave.

"The poor people want to be able to eat," one masked protester told Reuters news agency, while fire consumed a vehicle behind him. "I want to tell (President) Jovenel (Moïse) that Haiti is not for him and his family. Haiti is for every Haitian. He needs to leave the country and leave the country to us so we can live."

In a statement, Lafontant said the government strongly condemns acts of violence and vandalism.

US carriers American Airlines and JetBlue announced flight cancellations Saturday to the capital Port-au-Prince citing civil unrest. The US Embassy in Haiti advised personnel and US nationals in the country to shelter in place.

Haiti is one of the poorest countries in the region. 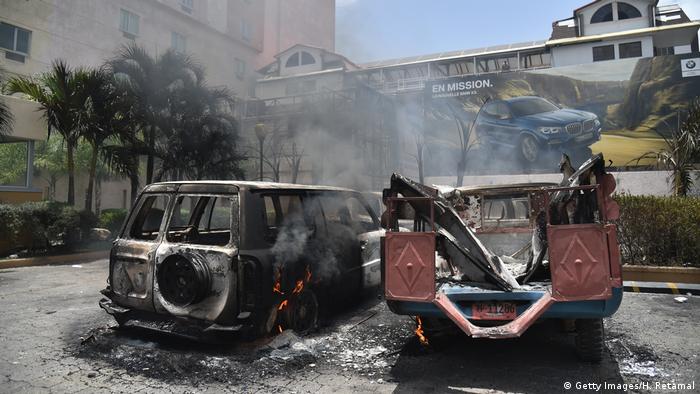 The US State Department said that it was aware of vandalism at a Best Western hotel, where media reports said Americans were staying, and at an American Airlines office in downtown Port-au-Prince.

"At this time, we have not received any reports of US citizens injured in the incidents," the State Department said in a statement.

The unrest prompted several major airlines, including American, Air France, Delta, Jet Blue and Copa, to cancel flights to Port-au-Prince, at least through to midday Saturday.

The government's initial decision to raise prices was part of an agreement with the International Monetary Fund (IMF), which requires the country to enact a range of austerity measures.

The capital Port-au-Prince and its surrounding areas have been paralyzed since Friday afternoon, with major routes blocked by barricades, some made of burning tires, and some protesters even calling for a revolution in the impoverished country.

Mark Goldring has said someone else should help "rebuild" the group following the scandal in Haiti. He was criticized for his handling of the claims that Oxfam staff paid prostitutes for sex while on a mission in Haiti. (16.05.2018)

The UN peacekeeping mission helped maintain order through 13 years of political turmoil and catastrophe. A new mission made up of about 1,300 international civilian police officers is set to replace the Blue Helmets. (06.10.2017)