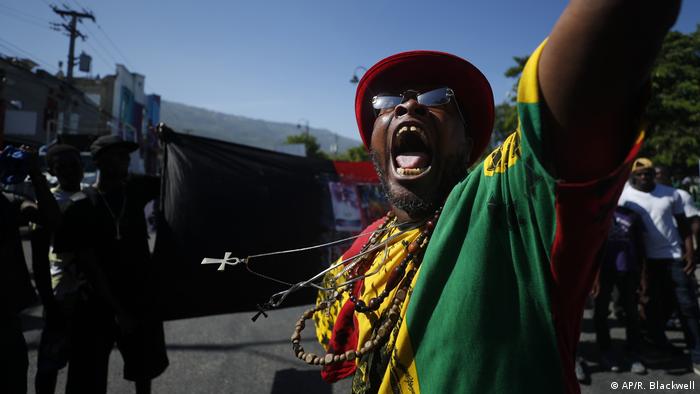 Huge crowds sang and danced in the streets of Port-au-Prince on Sunday as part of an anti-government rally organized by the art community.

Protesters are calling for President Jovenel Moise to resign amid corruption allegations, rising inflation and food and fuel shortages. Many blame him for the economic crisis, but Moise has denied any wrongdoing. 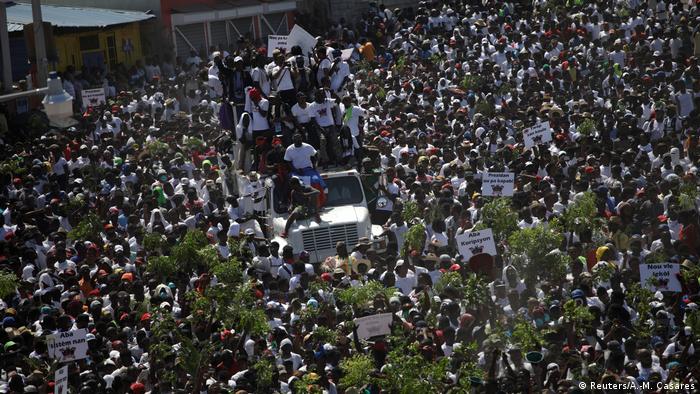 Some of the protesters held up signs that read: 'Not our president' and 'We want a different Haiti'

Haiti, the poorest country in the Western Hemisphere, has been rocked by weeks of violent demonstrations that have shuttered schools and businesses and brought parts of the capital to a standstill.

"We have to change the system. We do not have access to housing, we have nothing to eat ... children cannot go to school," said Michelet, a protester who declined to give his last name, in an interview with the Reuters news agency. "The cost of living is increasing and Jovenel is not doing anything serious about it." 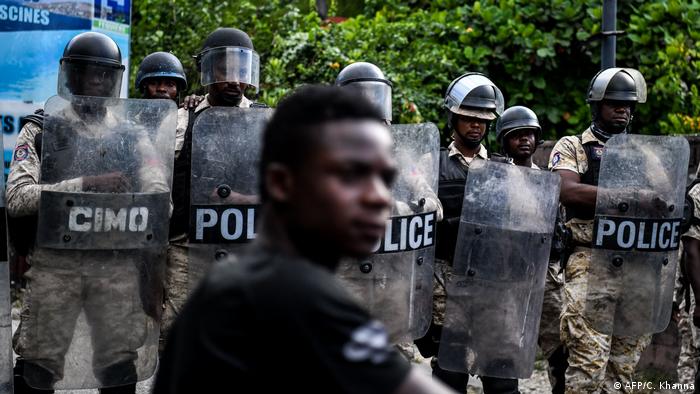 Unlike previous protests that erupted into clashes with police, Sunday's march remained largely peaceful. Almost 20 people have been killed and nearly 200 injured in the recent unrest, according to Haiti's National Network for the Defense of Human Rights.

Moise was elected in 2017 and has two more years left in his term. During his election campaign, he promised "food on every plate and money in every pocket," but the 20% inflation rate has slashed people's purchasing power.

Haiti, the UN and the unintended effects of a peace mission

After 13 years, the United Nations is ending its stabilization mission in Haiti. But as the last UN soldiers leave the Caribbean island, many issues remain unresolved — for both Haiti and the UN. (16.10.2017)

Thousands of Haitians who fled Hurricane Matthew are being forced to make way for deportees expected from Trump's USA. The Mexican border town of Tijuana is struggling with a humanitarian crisis, reports Clément Detry. (13.04.2017)

Thousands of people have been trapped in the Cite Soleil neighborhood outside Haiti's capital after bloody turf wars between rival gangs. Residents don't have adequate drinking water, food or medical care.