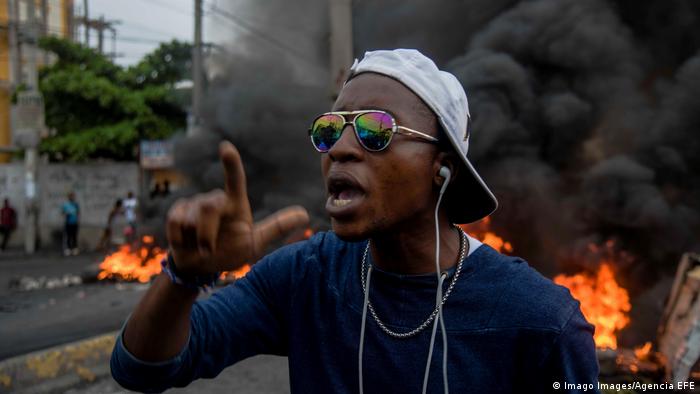 Police fired live rounds and tear gas as they clashed with protesters in the Haitian capital, Port-au-Prince, on Friday.

Demonstrators demanding an end to the fuel crisis erected burning barricades in the streets and pelted officers with stones and glass bottles.

Fuel shortages have plagued the impoverished Caribbean country since mid-August, leading to repeated anti-government rallies. The protesters are calling for the resignation of President Jovenel Moise, who has faced allegations of corruption since entering office in February 2017. Many blame him for the fuel crisis. 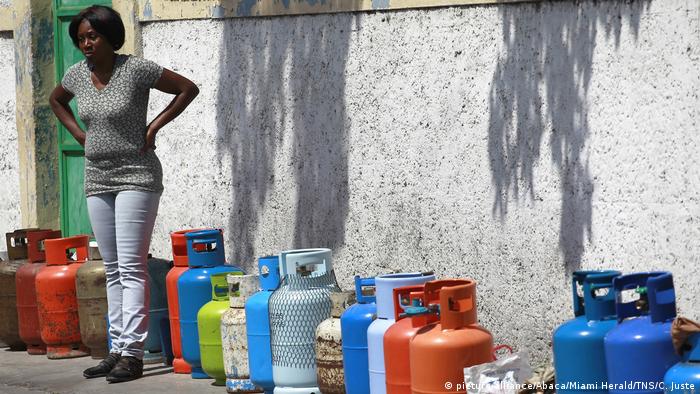 The crisis has brought economic activity to a halt in a number of Haitian cities, with schools, businesses and public institutions closing their doors. Lack of supply has led to shuttered gas stations and long lines at the pumps.

One reason for the shortage is the suspension of Venezuela's corruption-plagued PetroCaribe scheme, which had allowed Haiti to buy petroleum products more cheaply and defer payment for up to 25 years. The Haitian government is heavily indebted, and companies that import oil are now struggling to procure state-subsidized fuel for the domestic market.

During his election campaign, Moise promised "food on every plate and money in every pocket," but the 20% inflation rate has slashed people's purchasing power. 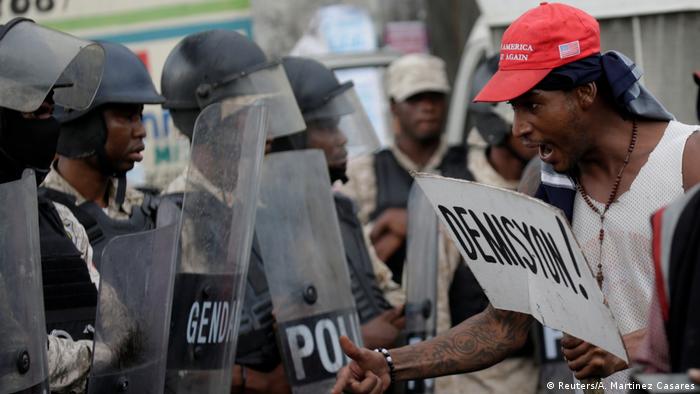 Thousands of demonstrators denouncing corruption have called for the resignation of President Jovenel Moise in further protests over reported misuse of funds. He formerly headed a firm under scrutiny by state auditors. (10.06.2019)

President Jovenel Moise has failed three times to get his choice for prime minister through parliament. The latest name is Fritz-William Michel, according to social media, as the UN looks on. (23.07.2019)