More and more signs are pointing to Istanbul's famous Hagia Sophia, currently a museum, slowly returning to a past role as a mosque. During Ramadan, the Koran was read aloud for the second year in a row. 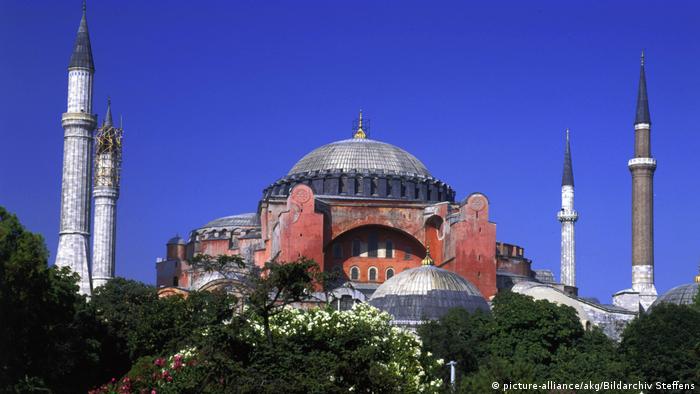 The once largest mosque in the world, Istanbul's landmark Hagia Sophia has again served as a place of religious Muslim practice. For the second Ramadan in a row, Turkey's Presidency of Religious Affairs organized services and a Koran reading from within what has been a museum since 1935. The event was televised. Traces of Christian heritage: Priceless murals adorn the walls inside the Hagia Sophia

"The Hagia Sophia belongs to world heritage under UNESCO,” read a sharply worded statement from the Greek government. "The attempt to turn it into a mosque by way of Koran reading is an affront to the global community.” The Conference of European Churches (CEC) also expressed concern.

The Hagia Sophia has long been a tug of war among religious, political and cultural groups. It was a church for 1,000 years before being converted into a mosque in 1453. Mustafa Kemal Ataturk declared it a museum in 1935 as part of his campaign to secularize his modern-day Turkish Republic. However, not all Turks adopted secular society so easily, for whom Islam played a central role for centuries. 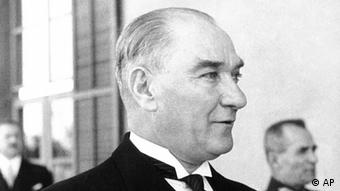 "The sad remnants of a dying culture were present everywhere,” wrote the secular Turkish author, Orhan Pamuk, born in 1952, about the former Islamic Ottoman era. "Europeanization seemed to speak less of a push towards modernization and more of the wish to be rid of the painful memories of a fallen empire as quickly as possible.”

Today's nationalist Islamic groups use this painful past for their purposes. The desire to return to the days when Islam, even in its most extreme form, was more publicly visible is a rallying cry for some political parties.

Both the right-wing Nationalist Movement Party (MHP) and the ruling Justice and Development Party (AKP) of President Recep Erdogan, who both woo conservative voters, have been supportive of the Hagia Sophia returning to religious functions. The National Turkish Student Union submitted a petition in 2013 to reestablish the museum as a mosque.

The Hagia Sophia is not only an Istanbul landmark, but a "symbol of the Islamic conquest of Constantinople in 1453,” Ali Ugur Bulut, the Istanbul head of the Anatolian Youth Association (AGD), told Germany's Spiegel magazine in 2014. "It is our task to protect and pass on this Islamic legacy. The Hagia Sophia must be a mosque again.”

Erdogan's government rebuked Greece's criticism of the Ramadan Koran reading at the museum, an apparent departure from a long-held AKP position. Years ago, President Erdogan said those who wanted the Hagia Sophia reinstated as a mosque should first work to support existing mosques. These often remain empty or under capacity during prayer times.