Uneasy neighbors in Turkey: atheism and Islam | Europe | News and current affairs from around the continent | DW | 26.05.2015

With the Islamic-conservative AKP set to lose its majority in Turkey's upcoming elections, dissenting voices have started to speak up. One of those is the country's only atheists' league. Sertan Sanderson reports. 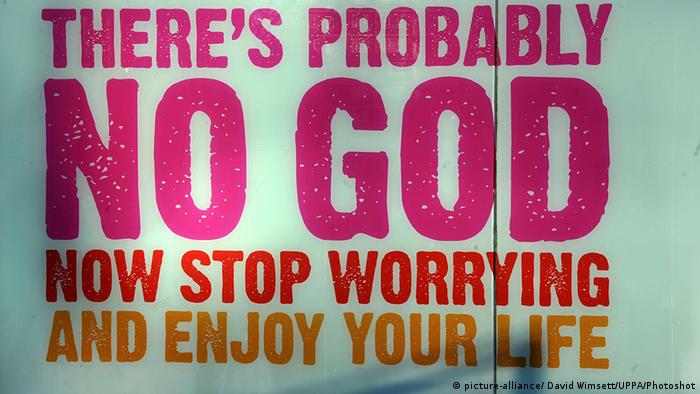 The latest polls show that Turkey's President and former Prime Minister Recep Tayyip Erdogan may have to form a coalition government following the June 7 elections. In its unlucky 13th year in rule, Erdogan's AKP has suffered several image attacks in recent months, triggering defections among erstwhile supporters to other parties, especially within Turkey's minorities.

Among his opponents, a newly-formed group of "Istanbullu" - those born and raised in Istanbul - has grown steadily over the past year and now numbers around 150 individuals across Turkey. Without a party-political agenda, the country's first official atheism league, Ateizm Dernegi, says that it wants to create a platform for like-minded people amid the AKP-driven climate of political Islam.

"Being an atheist in Turkey is not exactly a desirable label. We few are wearing it proudly and we refuse to be silenced by the fear and threats," Morgan Romano, vice-president of the association, said at the group's first public conference in Germany on Sunday.

"The term 'atheist' is used as a harsh insult - one of the harshest in the country. Furthermore, atheists are commonly and publicly discriminated against and are subjects of public and private hate speech in Yeni Turkiye all the time." 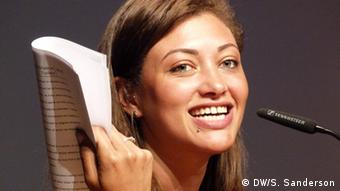 Romano repeatedly referred to present-day Turkey as 'yeni Turkiye' - the 'new Turkey', and its "booming Islamism growing at a rate unlike any other nation". Born and raised in the US, Romano described how she considered herself part of the old Turkey before the AKP's rise to power.

The association is the first of its kind to be legally recognized in the Turkish republic, and also the only known atheist organization tolerated in any nation across the Muslim world. However, Romano stressed that the legal acceptance of Ateizm Dernegi did not grant her and her associates any genuine protection.

"Major companies discriminately prefer to hire covered women, while non-theists stand at a high risk to lose their jobs - and even their lives. Just ask our members how many of them have lost their jobs and whose lives have been threatened."

Romano and her colleagues hope to attract open-minded people and draw attention to their unique distinction in the world. Board member Zehra Pala tried to address the interests of the many Turks in exile attending the Cologne gathering, who questioned whether Islam still represented their values.

"Many Muslims approach me and ask things like, 'don't you feel lonely without having a God to turn to?' They even come up to me and take pictures with me when I wear our association's T-shirt in public, as if I'm the latest tourist site in Istanbul," Pala explained in Turkish.

But despite attracting such attention Pala clarified that she continued to face many daily struggles, detailing how atheists in Turkey were considered terrorists and Satanists. She emphasized that the reputation of an atheist was that of people sacrificing cats at altars. She added that non-believers were just everyday people, adding that she kept two cats as pets herself, sending a round of laughter across the room.

Nevertheless Romano underlined that being involved in Ateizm Dernigi was a labor of love for her in more ways than one.

"I met my current husband through his family in the United States, and he invited me to move to Istanbul. It wasn't until I came to Turkey that I needed to give myself a label as an 'atheist.' Nobody would ask me what I believed when I was living in New York. And as a foreigner, I get the benefit of doubt whenever I don't fit in. I can't imagine how it must be for someone, who grew up in Turkey and identifies as atheist," Romano said about her experience living in Istanbul.

"I asked a lot of questions as a toddler already, like 'if we are all descended from Adam and Eve, isn't every marriage incestuous?' And I continued to ask such questions throughout my life, and finally found my peace when I arrived at atheism. So to spite all the bigots, I'm completely at peace."

Whether or not that peace will be short-lived is something that Ateism Dernegi said it was trying to monitor for the upcoming elections. 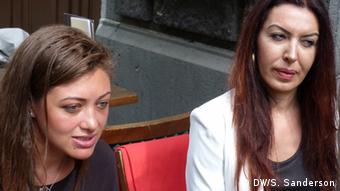 Morgan Romano (l) and Zehra Pala (r) of the Turkish atheist association, Ateizm Dernegi, say they have received death threats for being non-believers

"If they leave us in peace, I see no reason why we shouldn't all be able to get along. But they don't leave us in peace. At the end of the day, we are glad we're still alive. In other Muslim countries we'd long be dead. But that doesn't mean we're grateful to live in Turkey as opposed to, say, Iran," Pala explained.

But not everyone agrees. Bekir Alboga, secretary general of the Turkish Islamic Union of Religious Affairs DITIB, based in Germany, told DW that Turkey's democratic statutes should allow for atheists to live alongside believers.

"Christians, Jews and Muslims all live side by side in Turkey. Why should atheists not be able to live there? These people have the same rights as everyone else."

But Romano explained that some forms of discrimination against non-Muslims were taking place from birth, saying that she felt like she hardly had any liberties to express her lack of faith.

"The policy is that when one is born in Turkey, one becomes Muslim legally - unless further action is taken at the time of birth. And once a Muslim, always a Muslim. Due to this fact, 90 percent of the members of our Atheist organization are actually listed as 'Muslim' in government databases."

In fact, Turkey's ministry for religious affairs recently reported 99 percent of the country to be practicing Muslims because of this policy.

Whether the 1 percent that Ateizm Dernegi falls under is considered a statistical oversight or not, the association insisted before heading to its next public meeting in Berlin this Tuesday that it will prevail, taking its motto to heart: artik yalniz degiliz - "we are no longer alone."