A new report by Amnesty International accuses Indonesia of upholding blasphemy laws which the rights group views as fueling harassment, intimidation and attacks against religious minorities in the Southeast Asian nation. 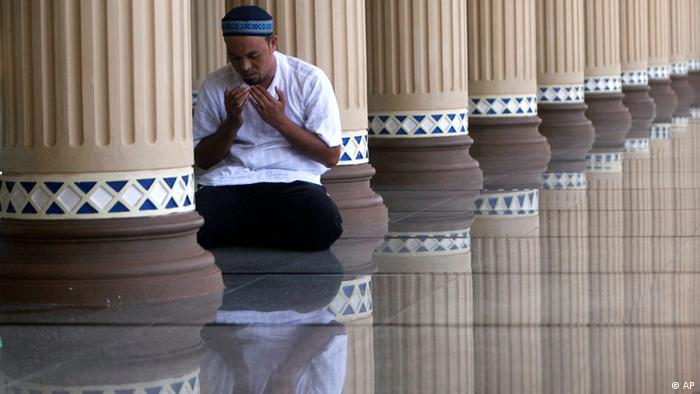 In terms of religion, Alexander Aan is not a typical Indonesian. The 30-year-old public servant from the province of West Sumatra is a non-believer. While the world's most populous Muslim country protects the rights of members of other religious groups such as Buddhists, Confucians and Christians, the same privileges do not apply for atheists. Promoting one's disbelief in God may therefore trigger not only social exclusion, but even land someone in prison.

This is what happened to Aan in 2012 after being accused of atheism and posting statements and pictures on his Facebook page, as well as on a Facebook group viewed by some as insulting Islam and the prophet Mohammad. On January 20 of that year, he was charged with "disseminating information aimed at inciting religious hatred or hostility." Aan was later convicted and sentenced to two and a half years in jail and a fine of 10,600 USD for violating the law.

In their ruling, the judges stated that publicly declaring his atheistic beliefs was not allowed under the state ideology and the Indonesian Constitution, which obliges every citizen to believe in God, and that his beliefs "disturbed public order." While he was released in January 2014, he now has to live in a different province to avoid harassment by religious groups. 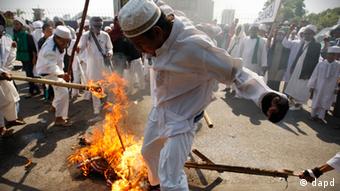 Aan is one of more than 100 individuals convicted of blasphemy in Indonesia over the past years whose cases are documented in the Amnesty International's (AI) report Prosecuting Beliefs. The paper, published on Friday, November 21, focuses on the rise in the number of blasphemy-related convictions during former President Susilo Bambang Yudhoyono's decade in power (2004-2014) compared to previous administrations.

The authors of the 50-page report accuse Indonesian authorities of having made increased use of a range of blasphemy laws to imprison individuals for their beliefs, contributing to an intensifying climate of intolerance' in the country. "Scores of individuals have been imprisoned – some for nothing more than whistling while praying, posting their opinions on Facebook or saying they had received a 'revelation from God,'" said Rupert Abbott, AI's South East Asia and Pacific Research Director.

Although the so-called blasphemy law in Indonesia has been on the books since 1965 and is part of the Criminal Code, it was rarely used until President Yudhoyono took power. Many of those convicted are perceived as holding minority religious views and beliefs, and some have been imprisoned for up to five years.

Religion is a privileged category, according to the Ministry of Religion, and movements such as the Javanese kepercayaan and Muslim Ahmadiyyah have long been refused recognition. The blasphemy laws have mostly been used to target this particular kind of minority: unorthodox Muslims.

Indonesians head to the polls on Wednesday to elect for a new president. In a DW interview, Josef Benedict, of Amnesty International, says their choice can determine the path human rights take in the country. (07.07.2014)

Indonesia's punk scene is alive and kicking despite conservative forces in the mainly Muslim country which would do anything to repress tatooed activists. (02.04.2013)

The AI report also points out that the blasphemy law has also inspired more recent legislation which authorities use to clamp down on religious freedom. "Indonesia's law governing information on the internet (ITE Law), for example, has been used to target people for 'blasphemous' content posted on social media networks," said Abbott.

But as Southeast Asia expert Jeremy Menchik points out, the increased prosecution of blasphemy-related cases may also be linked to a period of political openness that followed the democratic transition and consolidation. The analyst explains that under the 32-year-long authoritarian rule of President Suharto, there were many examples of religious blasphemy and heterodoxy, "but these were either ignored because it was prohibited to openly discuss issues of ethnicity, race, or religion, or they were crushed by the military without receiving national attention."

Now that Indonesia has a free media and independent judiciary, the public is more aware of the laws used to promote orthodox religious values, and the courts are able to apply laws that were only superficially applicable in the past, such as the blasphemy law, said Menchik, who is also Assistant Professor of International Relations at Boston University. After democratization, however, the vigilante groups and some orthodox Muslims saw an opportunity to revive an old campaign against heterodox Muslims.

A case many view as emblematic for the troubling development is that of Tajul Muluk, who is currently serving a four-year sentence for blasphemy. According to the AI report, Muluk ran a religious boarding school in his home village of Sampang, when in 2006 local leaders from the majority Sunni sect began opposing his teachings as "deviant." Five years later, hundreds of Shiite villagers were driven from their homes in a mob attack. 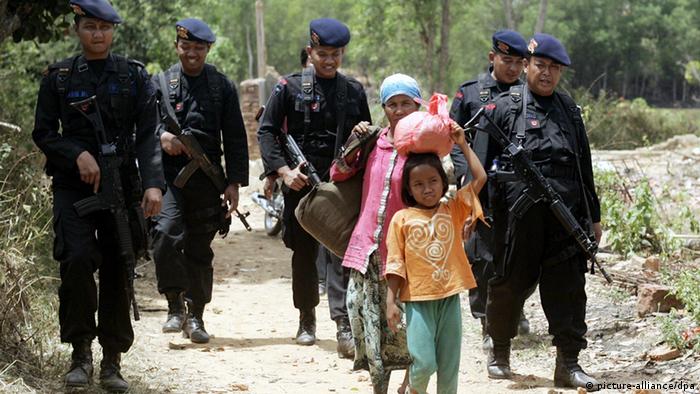 In March 2012, the local police then launched a blasphemy case against Muluk, who was sentenced to two years in prison, a sentence later extended to four years. The religious leader remains in detention to this day and most of his evicted Shiite community members have been barred from returning to their homes, with the government citing safety reasons.

According to the AI report, such blasphemy cases are mostly lodged at the local level, where political actors, hard-line Islamist religious groups and security forces often collude to target minorities. "An accusation or rumor is sometimes enough to land a person in court on blasphemy charges. Many individuals are harassed or attacked by hard-line groups before their arrest, and tried in court in an intimidating atmosphere," said Abbott, adding that convictions were often justified on the basis of "maintaining public order."

Other human rights organizations have also expressed concern about the silent rise of religious extremism in the world's third largest democracy. During the past decade, there have been numerous incidents of harassment, threats and violence against religious minorities. Indonesia's Setara Institute, which monitors religious freedom in Indonesia, documented 220 cases of violent attacks on religious minorities in 2013, an increase from 91 such cases in 2007, according to Human Rights Watch (HRW).

Phelim Kine, Deputy Director of HRW's Asia Division, says the many Christian congregations, the Shiites and the Ahmadiyah have become targets of Sunni militant groups who label most non-Muslims as "infidels," and Muslims who do not adhere to Sunni orthodoxy as "blasphemers." Even Indonesia's atheists live in fear of such groups, Kine added. 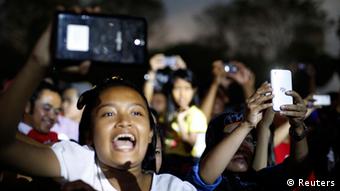 In light of this development, AI calls on the recently-elected Indonesian government to repeal the blasphemy laws and immediately free all prisoners, arguing that these regulations "fly in the face" of international law and standards. "No one should have to live in fear of simply expressing their religious opinions and beliefs. President Joko Widodo's new administration has an opportunity to reverse this disturbing trend and usher in a new era of respect for human rights," said AI's Rupert Abbott.

Analyst Menchik is hopeful the new government will differentiate between blasphemy and heresy. He points out that Indonesia's blasphemy law is not unusual in forbidding instigation of communal hatred through speech and press and that 14 other democracies have blasphemy laws which do not necessarily violate fundamental democratic liberties. "Yet Indonesia is unusual in that the law is extended to prosecute heresy and target sects like Lia Eden and Ahmadiyah. Prosecuting heretical beliefs is incompatible with democratic governance and should end," Menchik told DW.

Announcements by Religious Affairs Minister Lukman Hakim Saifuddin and Home Minister Tjahjo Kumolo that they plan to change the way that the government regulates religious affairs is a promising sign that the Jokowi administration will work to improve the rights of unorthodox religious groups. In a further sign, a Christian, Basuki Tjahaja Purnama, was recently inaugurated as governor of Jakarta for the first time in 50 years, despite weeks of protests from Islamic hardliners.