Many Turks have welcomed the decision to move the historic Hagia Sophia site in Istanbul back into the context of Islam. But minorities are worried it could be another sign of radicalization across the country. 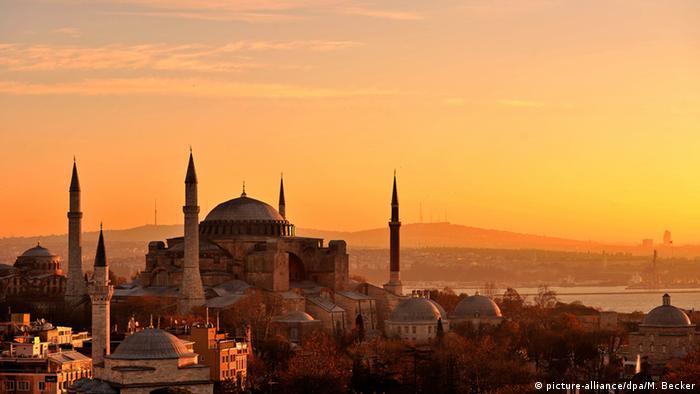 The face of Istanbul is changing as fast as Turkey itself. Under President Recep Tayyip Erdogan's recent far-reaching purge, which in its conception has been compared to Nazi methods, moderate and secular voices are increasingly finding themselves marginalized as the ruling AKP continues to push its agenda of political Islam into many aspects of life.

This change and the general Islamist mood across the country have now taken hold of the heart of Istanbul's old town, where the popular tourist site and landmark of the Hagia Sophia is currently undergoing a soft brand of Islamization.

In a history spanning 15 centuries, the massive building first served as a Christian and then as a Muslim place of worship, before finally being converted into a museum. Now, Turkey's powerful ministry of religious affairs (Diyanet) has installed imam Önder Soy as the Hagia Sofia's new prayer leader: For the first time in 81 years, the famous landmark has its own designated imam again. 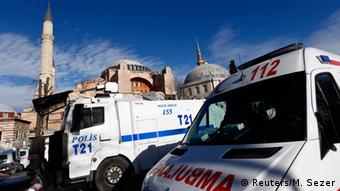 Soy is largely based next door to the historic building, at the Hünkar Kasri site, a former sultan's palace; however, Soy, who is described as a "modern imam," being also an avid kickboxer and karate practitioner, is already reciting the Muslim call to prayer five times daily from this close proximity, using loudspeakers in the Hagia Sophia's minarets.

"They had to appoint someone like me to this important place as there are not only followers of Islam who come here but also followers of Christianity and followers of no particular religion at all," Soy told CNN Türk.

The world-renowned Blue Mosque next door (also known as Sultanahmet) already has the capacity to make its calls to prayer heard beyond the Hagia Sophia. The appointment of an imam there would therefore appear largely to be politically motivated.

Moving Turkey away from its secular tradition

The historic building, which served as the seat of the Greek-Orthodox patriarch from the 6th to the mid-15th century and was then converted into a mosque from 1453 to 1935, was turned into a museum at the personal request of the founder of the Turkish Republic, Mustafa Kemal, widely known as Atatürk. But Atatürk's vision for Turkey as a secular nation could not be any further removed from Erdogan's outlook. 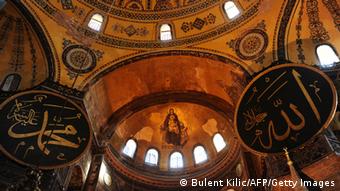 Erdogan panders to his religious base, which is also growing in Turkey's urban areas, traditionally regarded as more secular. Now he is hoping to get support in a referendum for a new Turkish constitution which would give him a blank check to rule the country as he pleases without having to be subject to a parliamentary process.

Many of his followers support him to that end and want Islam to play a greater role in daily life; some have even expressed calls to fully transform the Hagia Sophia into a mosque again.

Political commentator Savci Sayan, himself a fan of President Erdogan, tweeted: "I dream of  the day that the president leads millions in the Friday prayers at the Hagia Sophia. And I am praying for this dream to come true."

The building has been listed as a UNESCO World Heritage Site since 1985 - but this title does not grant it any sort of protection.

Erdogan's policies toward minorities, especially since the enactment of the state of emergency across the country after the July 15 failed coup, have attracted widespread criticism, with Luxembourg's foreign minister likening Turkish authorities operating under Erdogan's orders to Nazis. The president himself has dismissed such international criticism, saying that he doesn't care if Europe calls him a dictator.

While the government crackdown has mainly affected the country's Kurdish minority  as well as followers of the US-based Islamic cleric Fethullah Gülen, whom Erdogan has branded his archenemy and accused of being the  mastermind behind the coup attempt, other minorities, such as Christians and Jews, also say they feel increasingly insecure in Turkey's present political climate.

The timing of the announcement of the imam's appointment may well have been deliberate: He was installed on the same Sunday as Orthodox Christians celebrated the 25th anniversary of the Patriarch of Constantinople, Bartholomew I. The position is regarded as the highest role in the Orthodox Church. 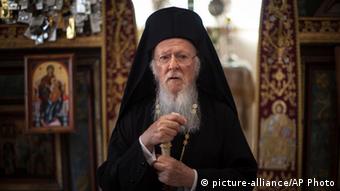 Austria's Catholic Press Agency (KAP) called the move a "deliberate provocation." Earlier this year, Bartholomew himself asked that Turkey show more respect for the Hagia Sophia, reminding President Erdogan that the edifice had served as a church for nearly a millennium and adding that he also respected Islam as a religion.

Erdogan, however, has ignored all such appeals and congratulated Diyanet on appointing the Hagia Sophia imam.

Turkey has begun a second three-month period of emergency rule following the failed coup on July 15. During the first three months, tens of thousands were detained or fired, with further arrests made on Thursday. (20.10.2016)