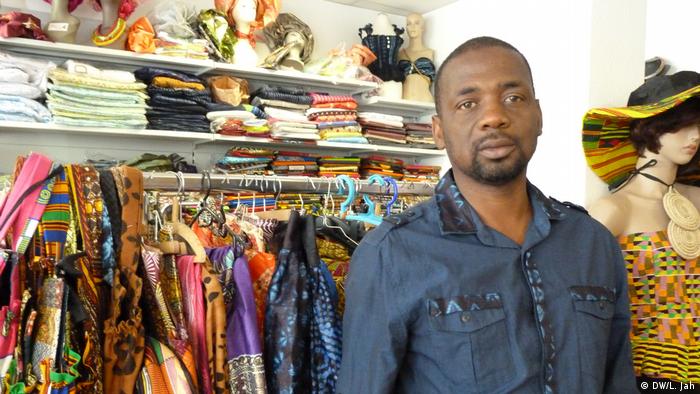 When you enter the office of the Amadou Toure and his wife Issa Toure, you feel like you have just stepped into a small Africa. Flashy colors and African patterned fabrics can be seen everywhere in the room which also serves as a tailor shop. The clothes are all sewn by Amadou Toure's wife.

Nearly 12 years ago, Toure and his wife moved to Germany from Guinea. She started sewing when she was 22 and that has been her main job ever since.

As the couple settled in Germany's western city of Cologne, they quickly realized that there are so many Africans who feel lost and stranded in their new country. 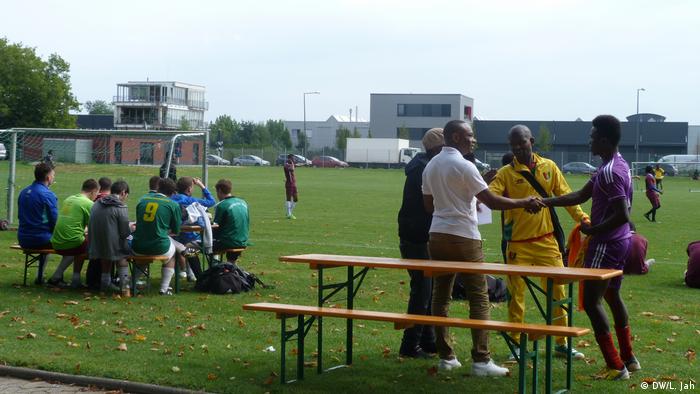 Different soccer teams getting ready for the intercultural tournament

"Most of these people are in their own little corners," Amadou said. Seeing these men all alone, he felt the need to do something. Eventually in 2015 he formed Promo Guinee Africa.

The association aims to improve the lives of African migrants in Germany. It's main focus is on Guinean migrants and it also has projects in Guinea.

According to Toure there are many unaccompanied young Guinean migrants in Cologne. "Some of them don't go to school or do not have work," Toure told DW. He tries his best to help them by accompanying them to the immigration offices, doctors, lawyers or just talking to them. Toure takes time to guide and instruct some of the migrants who find it difficult adapting to the German culture and language.

He said what Africans in Cologne need is an "Africa center" - a place where Africans can come together and speak about the problems they face in Germany. "With the establishment of an African center, problems could be solved as a group," he added.

Football as a means of integrating

Recently, Amadou and his wife organized the "IntegrationsCUP 2017". The aim of this football tournament was for migrants and young Guineans to build a relationship with the Germans. This intercultural soccer tournament was the first of its kind, which the couple organized, similar ones are planned for the future. 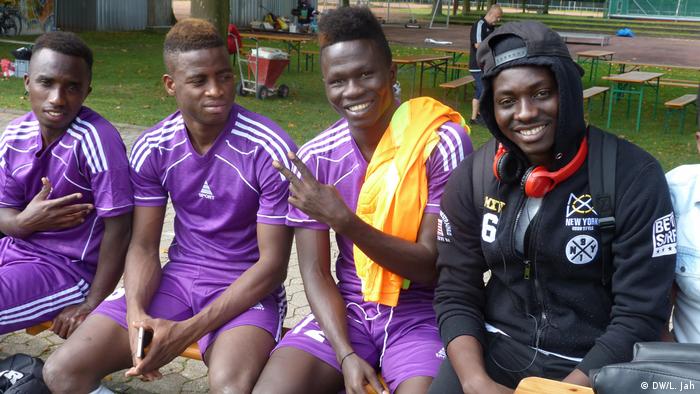 Germany's political Green party was invited to the event. Michael Kaiser, a board member of the local association of the Greens was very supportive of the initiative.

" When Amadou Toure asked us whether we wanted to participate in the football match as a co-host. We accepted his invitation immediately. We are so happy that we can be part of this," Kaiser told DW in an interview.

"Only recently we organized a football cup ourselves with mainly immigrants. German teams also participated. Throughout the game we noticed that football really brings people together. No differences whatsoever are made on the pitch."

32-year-old Rene from Cameroon knows from experience, how football can connect people. He told DW that he played football on a regular basis whilst he was attending college in Germany. It made integration much easier for him, he said.

Initially, they met to play football, but it was about much more than just scoring a goal. They discussed how they can possibly integrate themselves into the German society. "Football brings people together. In my view football plays a major role in integration," Rene said.