Growing up in Germany′s Ruhr Valley coal mining district | Germany | News and in-depth reporting from Berlin and beyond | DW | 21.12.2018 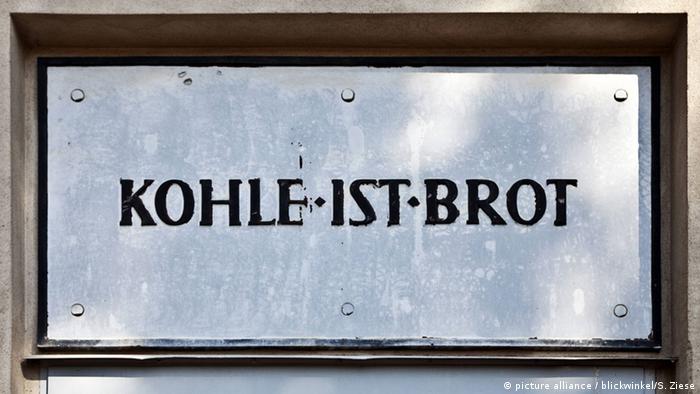 'Coal is bread,' reads this sign outside a shuttered coal mine in Germany

I grew up in the Gelsenkirchen mining suburb of Buer. Almost everyone who lived there worked in the coal industry, including my father and grandfathers. Each house had a large garden and we always played there when somebody's father was away working a shift. As a child, the thought that my father was always "under" me gave me comfort.

Coal supply deliveries used to turn into a kind of celebration. Heaps of coal were dumped in front of every house and every resident on our street, be it a small child or old man, gave a helping hand hauling the supplies into the cellars. The remaining coal dust on the pavement was swept up and scattered onto garden paths. If you fell while skating or running, your knees were always perforated with tiny black stones. We miners' children use that as a means of identification to this day.

It was a childhood of safety. The salaries of miners, who were backed by a strong labor union, were good. As children, we knew if we broke an arm or a leg we'd be whizzed to the nearby hospital, called "Bergmannsheil" (miner's salvation).

For miners, the rent was low. Women who lost their husbands due to the lethal effects of silicosis, a respiratory condition caused by the dust kicked up in mines, received a good pension. Safety was paramount. In all the flats, including ours, images of Saint Barbara — the patron saint of all miners — were hanging on the wall.

When a coal mine was shut down, work was found at another, or an early retirement was offered. That meant safety for us adolescents, too. In the mid-1970s, when the closure of coal mines was already in full swing, my father was still convinced that his three children could find work in the industry. Much to his disappointment, we had other plans.

We children could attend music, pottery or cooking courses. And when a miner retired, he didn't grow lonely — he would join his mates in the mining veterans' club or the pigeon keepers club. You could grow up free from anxiety. 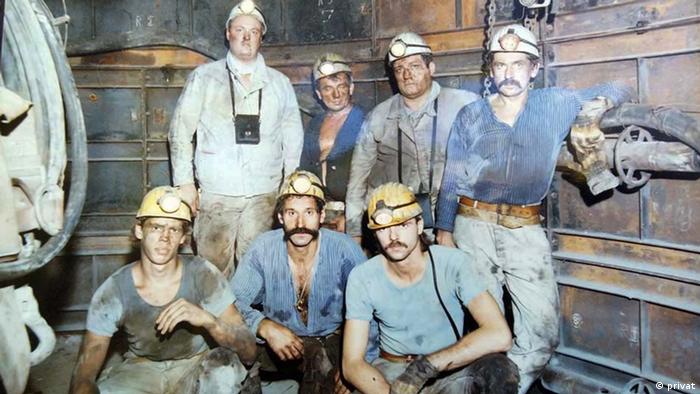 Coal miners in Germany came from a diverse range of backgrounds

Now that black hard coal mining has come to an end, there's a lot of talk about solidarity. Underground, you had to rely on each other — that was what counted, not where you came from. My father's colleagues were from Hungary, Poland and Turkey. Their roots were never mentioned. The subject only came up when they brought along a brand of liquor that was foreign to us. And when, somewhere on the planet, there was a mining accident, local miners made donations for the bereaved living far afield.

In the corridor of my grandparents' flat, a special certificate of gratitude signed by the president of Germany was pinned to the wall. During a major mining accident in 1950, which claimed the lives of 42 miners, my grandfather helped recover bodies and saved people buried under rubble, putting his own life on the line. To us, he was a hero.

The first toy my mother received, at the age of four, had been crafted by a Russian forced laborer: a little basket, braided from wire. The coal mine where my grandfather worked employed many such Russian forced laborers. Underground, the hardest work was left to them. They hardly received any food, and many of them died. It was a matter of course for my grandmother to fill my grandfather's lunch box generously, which enabled him to share his bread and butter with those unfortunate Russians.

No place for working-class children

My illusions about the world of "equality and fraternity" collapsed when I started attending a secondary school run by Catholic nuns on the outskirts of the Ruhr Valley. During the first lesson, all of us were asked about our respective fathers' (not the mothers') vocations. One girl after another replied, "doctor," "veterinarian," "bank manager." When my turn came, I just said "miner," which was followed by an embarrassing silence. I was unable to understand this at the time.

As a result of my first bad mark in Latin, the school's principal sent for my parents. She told them that this was no place for working-class children. I didn't understand any of it — up to this point, being a miner had been, to me, something honorable. Now, all of a sudden, it was shameful?

Now that black hard coal mining in Germany has been phased out, I was able — as a journalist — to take part in one of the last underground tours. As soon as I donned the required miner's outfit, I had a pleasant feeling of home. And when we had traveled 1,200 meters (4,000 feet) deep, I remembered that I'd already been underground as a child — probably on a weekend, when my father took the family on a (likely forbidden) tour in the pit cage. The scent seemed familiar, bringing back memories of home and my childhood.

I may have looked back at my experiences as a miner's child with rose-colored glasses. But in the face of increasing social division here in Germany, in Europe, and across the world, the values held high during my childhood aren't diminishing — values such as solidarity, reliance, and the ability to compromise, and not taking oneself too seriously.

The mining collapse is among a spate of deadly incidents at mines in China. The country is increasing coal production to avoid a possible power crunch.

Germany has struggled to fill its gas storage sites since Russia began throttling its supply. Among the possible solutions are an increased use of coal for power production, and industry incentives to reduce consumption.