Various trade unions and other groups have called for protests against the Transatlantic Trade and Investment Partnership (TTIP) across Germany on September 17. A trade agreement with Canada has also come under attack. 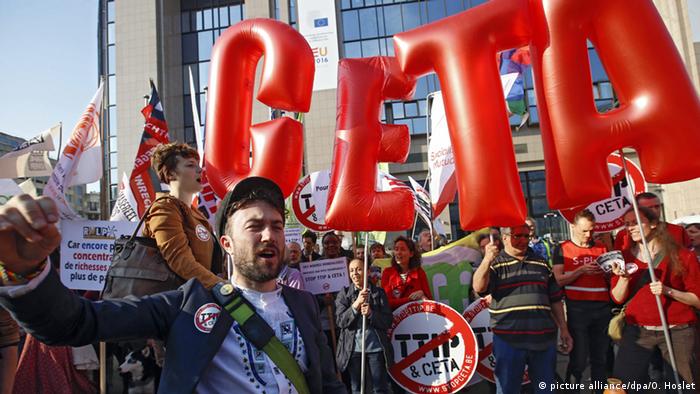 An alliance consisting of various public organizations across Germany said they expected hundreds of thousands of protesters to take to the streets in several German cities to rally against plans to move forward with two key international trade agreements - one year after a similar protest managed to attract similar numbers. Organizers belonging to the coalition "CETA & TTIP stoppen" (which translates as "Stop CETA and TTIP") said they demanded an immediate end to talks furthering two pivotal trade agreements that are currently being discussed between the EU and North American countries.

Many Germans continue to harbor suspicions against the Transatlantic Trade and Investment Partnership (TTIP) between the European Union and the United States - as well as against the Comprehensive Economic and Trade Agreement (CETA), a proposed trade agreement between Canada and the European Union. While TTIP is still in its early planning stages and facing considerable opposition, CETA is much further advanced and could be ratified in the foreseeable future.

Many fear that CETA and TTIP could endanger democracy in Europe, adding that CETA could serve as a blueprint for TTIP talks. Opponents in the alliance behind the upcoming rallies range from Germany's biggest trade union, Verdi, to the nature conservation movement Bund to Christian organizations.

The head of Verdi, Frank Bsirske, warned that the extent of changes TTIP could bring about would erode the rule of law, saying "this isn't North Korea."

Against the backdrop of a number of demonstrations planned to take place in September against the two major trade agreements, "CETA & TTIP stoppen" said they feared that a range of issues from consumer protection rights to standards in genetically modified organisms (GMOs) in food products could all be compromised if the agreements went ahead. Another key sticking point lies in the prospect of the potential introduction of private arbitration to resolve trade disputes, handing unprecedented power over to corporations. 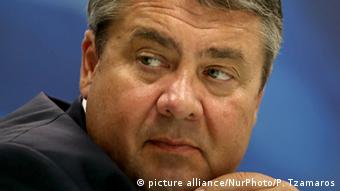 Vice Chancellor Sigmar Gabriel (SPD) has to unite his party to support an upcoming vote on CETA, as a number of parliamentarians have announced they would oppose the trade deal

The arguments against TTIP and CETA are, however, not likely to impress many politicians: The United States remains one of the most important trade partners for Germany in particular: trade in goods between the two nations added up to 173.2 billion euros ($195 billion) in 2015, according to Germany's Federal Statistical Office. Trade between Germany and Canada was just under 14 billion euros ($15.9 billion) the same year. With the introduction of new EU-wide trade agreements, Germany is hoping to cash in even more on bilateral trade.

However, the negative impression many have of TTIP, which is far from being considered a done deal, is beginning to spill over to CETA, which on the other hand could be signed soon. German Chancellor Angela Merkel and her Christian Democratic Union of Germany (CDU) party have spoken out in favor of CETA, as have many of her coalition partners in the Social Democratic Party of Germany (SPD). However, some SPD members said they would vote against CETA in an upcoming vote in the Bundestag, Germany's lower house of parliament, in September.

Chancellor Angela Merkel's coalition partner has lashed out against her comments supporting a controversial transatlantic trade pact. The disagreement may signal a growing rift within Germany's grand coalition. (29.05.2016)

The EU Commission is reportedly planning to push through a free trade agreement between Canada and the EU, known as CETA, without giving the bloc's national parliaments a say in it. (28.06.2016)

A newly leaked TTIP draft plays into fears that the the free trade deal will force Europe to lower its regulatory standards - sparking renewed worry for climate protection and development of renewable energy. (11.07.2016)

Sigmar Gabriel, head of the SPD and Germany's vice chancellor, said that CETA was a "good and important agreement" designed to guarantee high quality standards in its contribution to globalization - although he had voiced concern about TTIP. However, he added that should CETA fail it would bury TTIP with it. But it is unclear to what extent the parliamentary vote would be binding, as the EU may have plans to push the deal through anyway.

A high-ranking employee working for the German cabinet told the Reuters news agency that if CETA were to fail, "nothing can be guaranteed anymore." The official spoke on the condition of anonymity.

"Usually, the German public doesn't show the same kind reservations against Canada as they do against […] the United States," he said, adding that the government in dealing with Prime Minister Justin Trudeau had a clear, charming and open-minded head of government as a partner.