Grow your own clothes: three concepts for the fashion for the future

Throughout this month of fashion weeks, runways are flooded with new collections every day. But beyond recycled trends, what will the future look like? Designers are developing new solutions for the clothing of tomorrow. 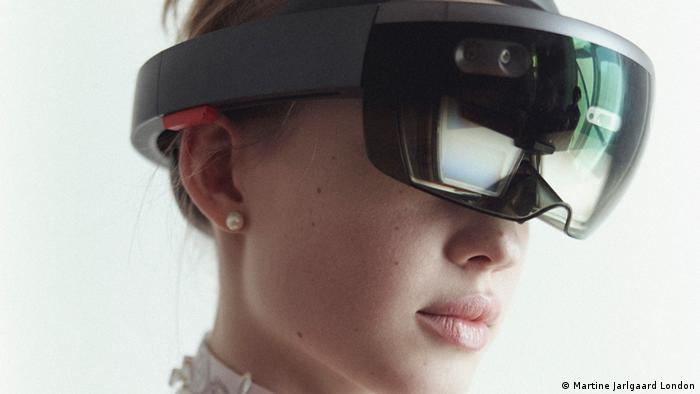 In an age of staggering advances and incredible scientific discoveries, fashion has made astoundingly very little progress over the last 100 years. While artificial organs are being printed and commercial rockets to space are successfully tested, even a basic T-shirt has to be grown, harvested, combed, made into yarn, then into fabric, and finally into clothes. Later, it must be packaged, dispatched, unpacked, and sold.

According to the numbers released in 2014 by D&B Hoovers, an American business research company, the fashion industry is worth more than $1.2 trillion worldwide. Still, compared to product design, which is more than eager to adopt new materials and processes, or art, which embraces and playfully exploits every new technology, fashion looks like a relic rather than a vital industry.

The just concluded fashion weeks in New York and London show that fashion is stuck in place, both trend- and innovation-wise. Obsolete ideas such as floral dresses, check coats, velvet and asymmetrical cuts have reigned the Fall/Winter 2017 runways so far, and there is little hope that Milan and Paris will bring anything new to the table just like in previous seasons.

There's another strong argument for change in the fashion world: The clothing industry is the second largest polluter in the world - right after the oil sector. Every year, 7.75 trillion liters of water are consumed by the industry in total, and 70 million barrels of oil are used to produce polyester.

In this alarming context, some designers and researchers are developing cutting-edge strategies to reinstall fashion as a visionary pioneer.

Grow your own clothes

With the help of a biologist, British researcher Suzanne Lee has started developing a new method of material production called BioCouture that uses bacteria to grow a fabric.

The procedure is quite simple: she brews up to 30 liters of tea and adds a couple of kilos of sugar while it's still hot. Then she pours in living organism with acetic acid. With proper thermoregulation, she gets a layer of a thick fabric in two or three weeks that has to be dried properly, since most of its mass is water. 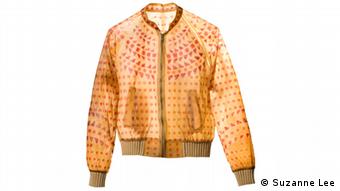 The result is a light-weight, paper-like layer of what Lee describes as "flexible vegetable leather." It leaves no waste, is completely renewable, and can be decomposed if necessary.

In 2010, Lee's BioCouture made it into Time Magazine's annual list of Top 50 innovations. She also aims to push her approach further: "What I'm looking for is a way to give the material the qualities that I need. So what I want to do is say to a future bug, 'Spin me a thread. Align it in this direction. Make it hydrophobic. And while you're at it, just form it around this 3D shape,'" she said during her TED talk.

Her research sparked a great interest in the industry and inspired others. Just last year, more than 10 designers who had built their products around the same idea showcased their work during Biofabricate, an annual summit on design, biology, and technology, founded by Lee, and backed by Adidas.

The invisible chain of agony

Fabrics are just the beginning of the whole chain which ends with clothes piled up in stores. It is invisible to most customers, and only becomes apparent when it hits hard - just like it did in 2013 when the Rana Plaza building collapsed in Bangladesh, killing 1,129 sweatshop workers manufacturing garments for fast fashion brands. 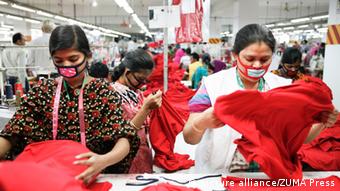 Rokusek's prototype aims to offer an alternative to sweatshops

"There is a lot of pain in the industry," says Petr Rokusek, a Czech entrepreneur, whose goal is to liberate fashion of human labor. Or to offer, at least, an alternative to the traditional structure in which labels produce clothing in factories abroad and later import the goods to distribute them.

His machine, which is still in the prototype phase, uses a personalized digital avatar that stores information about the user so that it can project and appropriate any preloaded design on the body of the future wearer. Once the customer confirms the order, the device itself can print and cut the fabric.

This approach is not really that new, but Rokusek's gadget goes one step further: Thanks to robotic arms, it can weld the pieces together without a single use of a thread or needle. Because it creates garments upon customer's request, it makes only the exact amount of clothes required.

"What we're doing may completely disrupt and decentralize the fashion industry," claims Rokusek. 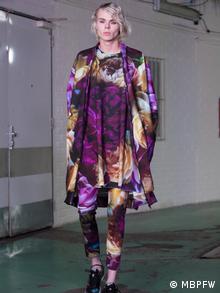 Rokusek says the device is still far away from home use, but he is confident about its future: "Look at the car industry; the whole process is robotized. Imagine if it developed just like the fashion sector - we'd be still riding horses!"

Although most of the clothes intended for mass consumption are indeed produced in inhumane conditions, many fashion houses and luxury and premium labels strive to set things right.

Martine Jarlgaard decided to establish her brand to change the reality of the industry after working for companies such as Vivienne Westwood or Diesel. "I believe that the escalation of pace in fashion, a highly saturated market, and slowing growth have all created a highly unstable construct. The creativity, originality, and diversity are suffering," she says. "With pre-collections and an ever increasing number of fashion weeks, trade shows, and events, fashion is experiencing a kind of inflation."

Besides the fact that she produces all her garments in Europe and from ethically sourced materials, Jarlgaard became known for questioning the fashion's own institution. "I often ask myself: Where is the Tesla of fashion? With my work, I want to push technology and to encourage curiosity and exploration rather than passivity." A piece from Martine Jarlgaard's collection, unveiled via augmented reality during the London Fashion Week

During the London Fashion Week last September, she did not unveil her latest offering on the runway, but by using augmented reality and 3D glasses (top picture): "Experiencing the collection three-dimensionally is optimal as you see pieces as complete sculptures; up close or from afar, as you please. It is also hugely advantageous as the collection can be shown repeatedly without being reliant on an extensive show production."

The existence of fashion weeks has been challenged even by mainstream fashion magazines lately, pointing out that in the age of social media and instant access, the whole structure that has been around for more than 70 years is rather démodé. "Mixed reality fashion shows are a window of a more interactive, exploratory future, in which the consumers are drawn towards experiences, ethics, authenticity, and vision, which goes beyond mere aesthetics. I believe this is the future, and that more brands will give more importance to being increasingly autonomous of the fashion system," explains Jarlgaard.

Which way towards the future's fashion?

While all the inventions mentioned above seem exciting, there is a long way from an idea to implementation. Petr Rokusek explains why: "Imagine that you've pumped hundred of billions of dollars into an infrastructure. I guess you wouldn't want to leave the system even if you knew that it was wrong and malfunctioning on so many levels. For the same reason, we are still driving petrol cars even though electro mobiles have been around since the 60s."

One thing is for sure: It won't be easy to abandon the old and accept the new. For Martine Jarlgaard says, stepping away from the profit and performance-only based culture might be the step in the right direction. "Unsuccessful experiments and mistakes are an essential part of the innovation and creativity, which is where we'll find more much needed solutions."

Lee, Rokusek and Jarlgaard represent a mere fragment of the fashion world's innovations: They provide hope that the solutions may be just a microbe, a device, or a layer of reality away.

Only two years after the end of World War II, the French couturier presented a collection that symbolized not only a departure from previous styles, but the beginning of a new society. (10.02.2017)

5 materials you probably didn't know are used to make clothes

From glasses made of vinyl to hats formed with chocolate, the fashion industry doesn't always settle for glass and cotton. Some designers prefer to work with material that isn't usually associated with the catwalk. (20.01.2017)

As some question the ethics of the fur trade, fur will be doubtless a staple in the current season, beginning with the Men's Fashion Week in London on January 6. Jan Tomes explores the practices and the issues at stake.  (06.01.2017)