A group called the Imam Shamil Battalion has claimed responsibility for the deadly bombing on the St. Petersburg metro, a US monitor has said. The statement also said the bomber was acting on orders from al-Qaeda. 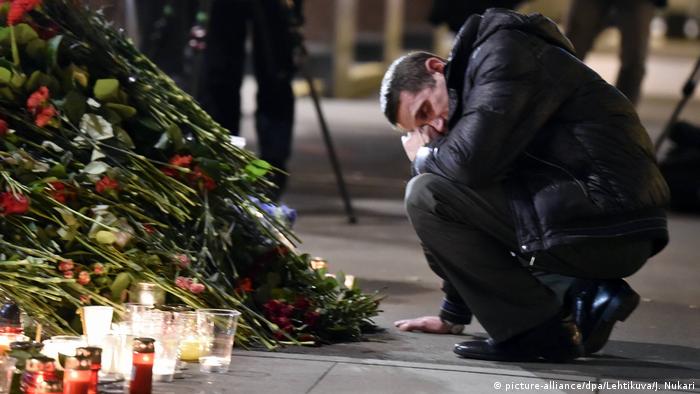 More than three weeks after a bomb blast killed 15 people on a metro train in the Russian city of St. Petersburg, a group has claimed responsibility for the attack, a monitoring group said Tuesday.

According to the SITE Intelligence Group, a little-known organization called the Imam Shamil Battalion said it had carried out the attack. The group also said the bomber acted on instructions from al-Qaeda leader Ayman al-Zawahiri.

The claim was originally published by the Mauritanian news agency ANI, which is often used by West and North African jihadist groups to release statements.

The attack on April 3 tore through an underground train traveling between metro stations in Russia's second-largest city, killing 15 and wounding around two dozen. The alleged suicide bomber, Akbarjon Djalilov, was a Russian national born in Kyrgyzstan.

After Russian authorities announced Akbarjon Djalilov as the suspect behind the metro attack, details began to trickle in from neighbors, family and colleagues. But a clear picture of the young man has yet to emerge. (05.04.2017)

A message to Russia

The statement from the Imam Shamil Battalion said the bombing served as a message to Russia for its alleged violence against Muslim countries, citing Syria and Libya as well as the Russian republic of Chechnya.

"To the Russian government, which apparently has not taken a lesson from its defeat in Afghanistan, we say: This operation is only the beginning, and what is to come will make you forget it, Allah permitting," the statement read, implying there would be more attacks against Russia in the future.

Russia has been on edge since the attack in St. Petersburg, as it fights a lingering Islamist insurgency in the North Caucasus.

Russian forces have also intervened in the Syrian conflict in support of President Bashar al-Assad, targeting jihadist fighters and others who oppose the Syrian leader.