Making steel without damaging the climate

The wonder material is single-handedly responsible for almost 10% of global warming — but solutions for cleaning up steel are expensive and hard to scale. 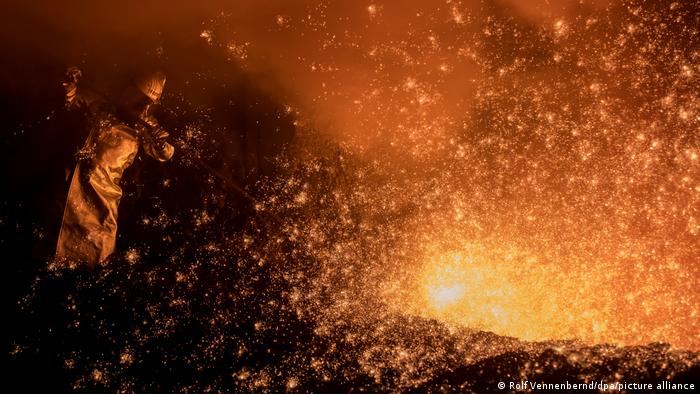 It's a building block of modern life and is both a driver of climate change and vital for stopping it.

Steel — a cheap, strong, and long-lasting metal — is found in everything, from homes and hospitals to cars and kitchen sinks. It is an essential component of the wind turbines and electricity pylons that world leaders are banking on building to end our addiction to fossil fuels.

"It's like the lifeblood of the economy. It feeds into every sector," Gauri Khandekar, an analyst at the Free University of Brussels who studies the decarbonization of heavy industries.

Making the metal is also one of the reasons the climate is changing. The industry is responsible for 7-9% of the greenhouse gas pollution that traps sunlight, heats the planet and makes heat waves hotter and tropical cyclones stronger. 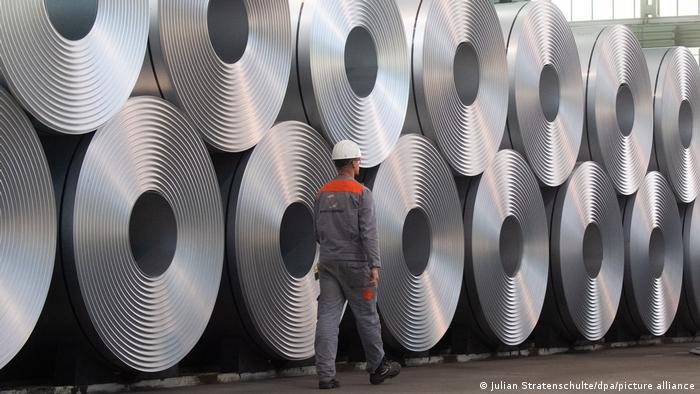 Steel coils: The metal is in everything from laptops to cars but manufacturing it releases large amounts of CO2

This decade 'critical' for decarbonizing steel

Steelmaking is so dirty because it involves heating iron ore with colossal amounts of energy in blast furnaces to extract pure iron. The resulting chemical reaction releases carbon dioxide. About 75% of steel is made this way — mostly with coal, the dirtiest fossil fuel — in furnaces that operate for 15-20 years before they need to be retired or repaired at great cost.

Demand for steel is set to grow a third by 2050, according to the International Energy Agency (IEA). Choices made today on how that steel is produced are decisive for meeting Paris Agreement temperature targets, analysts say.

"The 2020s are a very critical decade in this regard because more than 70% of the global blast furnace fleet will reach the end of their campaign life and require reinvestment decisions," said Wido Witecka, a steel analyst at German climate think tank Agora Energiewende.

But in contrast to sectors like power and agriculture, where clean technologies like solar panels and plant-based meats are relatively cheap and easy to scale up, heavy industry's most promising alternatives are mostly still being developed. Many come with logistical challenges that policymakers have been reluctant to address. 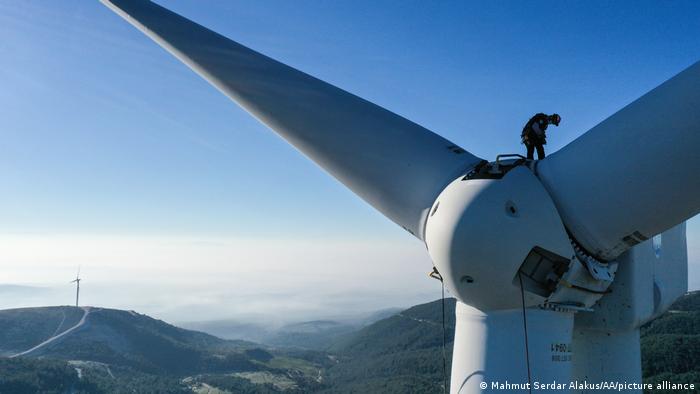 Ironically steel is a vital component in wind turbines, for instance, which governments are betting on to help limit global average temperature rise

Replacing coal and gas with hydrogen made from green electricity

One solution is to ditch coal-fired blast furnaces. Steelmakers can instead extract iron from ore by reacting the rock with gas in facilities called direct-reduced iron plants. These iron pellets can then be made into steel in an electric arc furnace, which can run on electricity made from renewable energy. Using fossil gas in the first step is cleaner than using coal, though it still pollutes the atmosphere and heats the planet.

European manufacturers like SSAB and ThyssenKrupp are betting they could instead run these plants on hydrogen — a gas that can be made cleanly with renewable energy. Instead of oxygen atoms in the ore reacting with carbon atoms in the fossil fuels to make CO2, as they do today, they would instead react with hydrogen atoms to make H2O.

"The beauty about this concept is, yes, you need a new production process, but as a by-product, you have water instead of carbon dioxide," said Witecka.

Last year, SSAB announced it had delivered its first batch of fossil-free steel to carmaker Volvo, which used it to build a truck.

But producing this much hydrogen cleanly would require colossal amounts of green energy — and could divert supplies away from other sectors that are difficult to clean. Making all of Europe's steel with hydrogen produced from renewable energy would require 340 terawatt-hours (TWh) of green electricity, according to one recent study. Last year, the European Union's wind turbines generated 437 TWh of electricity.

"One of the big challenges is where we build these hydrogen production facilities," said Caitlin Swalec, a steel analyst at US-based non-profit Global Energy Monitor. "It needs to happen in places that have that renewable energy capacity."

Another option for steelmakers is to capture carbon coming out of steel plants and store it underground.

Carbon capture and storage (CCS) technologies involve catching pollutants before they escape into the atmosphere. But it is unclear what share of emissions CCS can capture from steel — or at what cost. The process is likely to be more expensive than in industries like cement because steel factories have multiple sources of pollution.

Still, a roadmap to meeting temperature targets from the IEA expects carbon capture to cover half of all steel production by 2050. That would free up hydrogen to be used in other processes that are hard to clean like shipping or fertilizers. 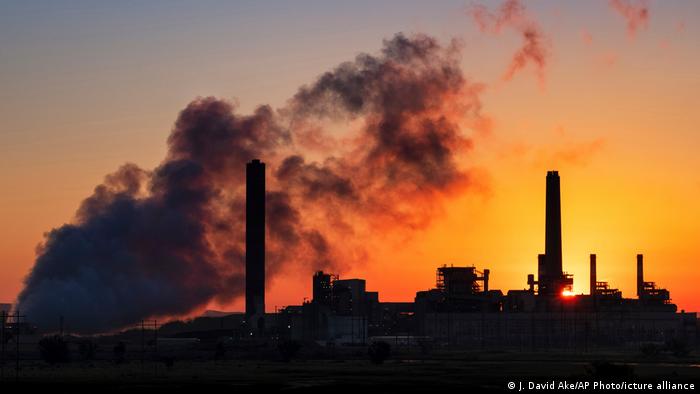 Some are hoping CCS could help steel clean up its act

But to get there, analysts say, policymakers would need to incentivize CCS development by taxing emissions so traditional production methods reflect the societal cost of polluting. They would also need to fund research and pilot projects to increase CO2 capture rates.

"One of the reasons why we don't know answers to questions like capture rates or how would it work in a commercial scale is because steel companies haven't had to actually reduce their emissions," said Eadbhard Pernot from the Clean Air Task Force, one of the few environmental organizations calling for more investment in carbon capture technology.

What about recycling steel?

Analysts worry that steelmakers may use the promise of distant fixes to avoid acting now.

"It's quite a big risk," said Khandekar. "Companies can't be left alone to take the decisions on their own."

To buy more time, society could use steel more carefully. More than a quarter of steel is already made with recycled scrap. There are limits to how often steel can go through this process — impurities like nickel and copper can sneak in and weaken the metal. But increasing recycling rates would reduce the amount of iron that needs to be purified. 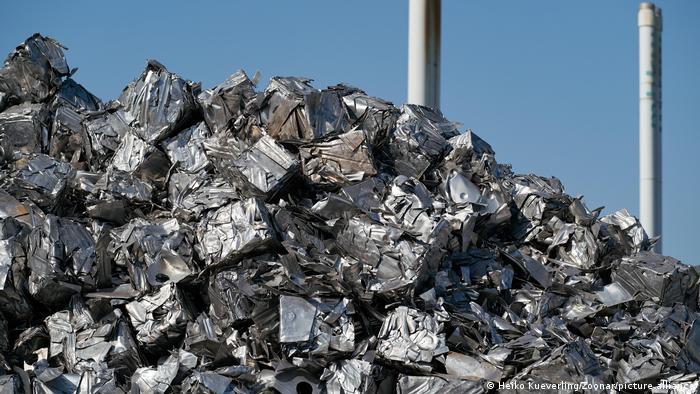 What's more, the IEA says using steel more efficiently could shave 20% off demand by 2050. Governments could use less of it in public projects, maintain infrastructure for longer and update national building codes to be less wasteful. They could regulate carmakers to build lighter cars instead of heavy SUVs.

"We're not going to get completely away from it and we're never going to reach 100% recycling rates," said Swalec. "But we can certainly do much better."

Building sites produce emissions and air pollution. Cities, developers and construction machinery manufacturers are looking for ways to clean them up.