The cement sector accounts for 7% of all man-made CO2 emissions, more than all 202 million trucks and more than the steel sector. Pressure is piling up on European cement companies to decrease their footprint. 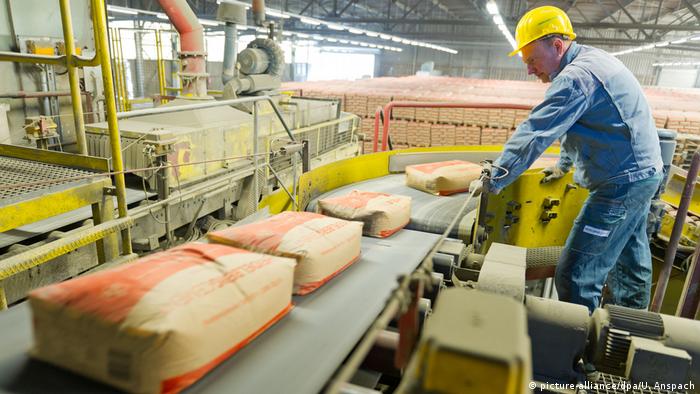 Cement, the third-most-used substance in the world after air and water, is key to the construction of buildings and infrastructure. Without cement, not even the Colosseumin Rome would have survived the test of time. Its resistance, though, comes at a cost.

According to the International Energy Agency, cement is responsible for 7% of global CO2 emissions.

"Things are changing, and the cement sector as well. We expect an increase in partnerships between different cement companies: CO2 is no field for competition, it is a challenge for the entire sector."

The IIT coordinates RECODE, one of the projects financed by the European Commission.

"RECODE aims to reduce cement emissions by capturing the CO2 emissions using a revolutionary method involving ionic liquids. The CO2 will be used to produce chemicals," said Bocchini, explaining that the project will promote the development of "several technologies," which will be demonstrated at a Titan Cement Group plant in Greece in 2021.

Some experts think that strong collaboration between research centers and companies could completely change the perception of CO2 in the future.

"Ongoing developments in CO2 conversion give hope that anthropogenic [man-made] carbon dioxide may be viewed as an asset instead of a liability in the future," Marios Katsiotis, Research & Innovation (R&I) manager at Titan Cement Group, told DW.

Katsiotis added that current CO2 conversion technologies were either largely energy-intensive or still needed testing on an industrial scale. 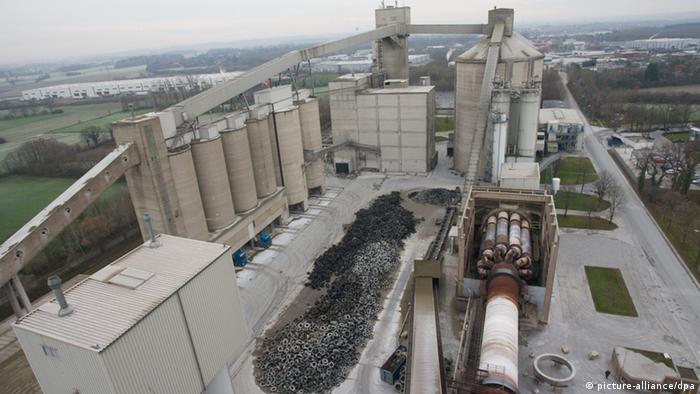 Large-scale construction without cement is unthinkable, but the building industry is called upon to reduce its ecological footprint by reducing CO2 emissions

Technologies to produce greener concrete are also in the development phase.

"We use the coal fly ash (industrial byproduct from coal-fired power plants) to replace cement by 100%. In other words, we successfully avoid the use of cement in concrete; so this should greatly decrease total emissions during concrete production," said Xianming Shi, associate professor at Washington State University.

Shi's team is still waiting for its international patent to be officially approved.

Fly ash availability is a question mark in Europe, as coal-fired power plants are progressively being shut down.

LafargeHolcim and HeidelbergCement, the top two cement companies in Europe whose strongest competitors are based in China and India, recently presented climate-protecting measures.

"We invested 160 million Swiss francs (€147 million, $162 million) in Europe to reduce CO2 emissions in the next three years, but we have opportunities to do more," Edelio Bermejo, R&D and Innovation head at LafargeHolcim, told DW from his office in Lyon, referring to the company's three-year investment plans and mentioning also a carbon abatement project in Canada.

Bermejo explained that the construction sector was key to the future of greener cement but cautioned that this very price-sensitive sector had to be prepared to pay for more expensive cement.

"We advocate a system where everyone is pushed to factor in environmental considerations in their economic decisions. Our customers, the construction sector  need to make progress in this direction, too." 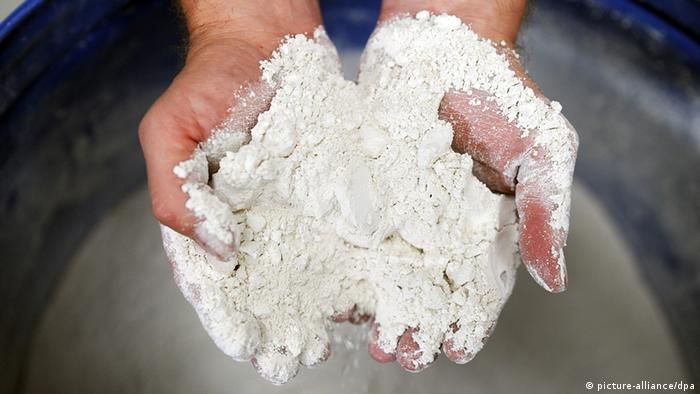 Researchers in Germany have developed celitement, a new form of cement that emits far less CO2 in the production process

Earlier this month, Germany-based HeidelbergCement announced its participation in Northern Lights, a carbon capture and storage (CCS) project aimed at injecting CO2 underneath the North Sea. The project is pioneered by Norway's Equinor, together with other oil and gas companies.

HeidelbergCement wants to sell carbon-neutral concrete by 2050 at the latest.

"We plan to achieve this by increasing the proportion of alternative CO2-neutral raw materials and fuels, developing innovative cement types with a lower carbon footprint, and in the long term capturing and utilizing CO2 emissions, for example in new building industry products."

There is a caveat here. These are long-term projects, which will not be completed before 2030. Their financial soundness has yet to be explored. According to experts, CCS technology could increase production costs by between 25% and 100%.

"The cement industry's Roadmap for 2050 differentiates between the 32% emissions reduction to be achieved through conventional technologies and the 80% reduction which requires a successful rollout of CCS/CCU," Koen Coppenholle, chief executive of the European Cement Association, told DW.

European cement companies also take part in the Emissions Trading System (ETS), the main EU instrument to reduce emissions from heavy industries. Carbon prices in Europe have tripled over the last two years, but the implementation of similar schemes elsewhere in the world is lagging behind. This could potentially increase competition from non-EU countries in the future.