After Trump's surprise election victory, investors are now setting their sights on the billions he wants to spend on US infrastructure. A German concrete maker stands ready to build his most controversial project. 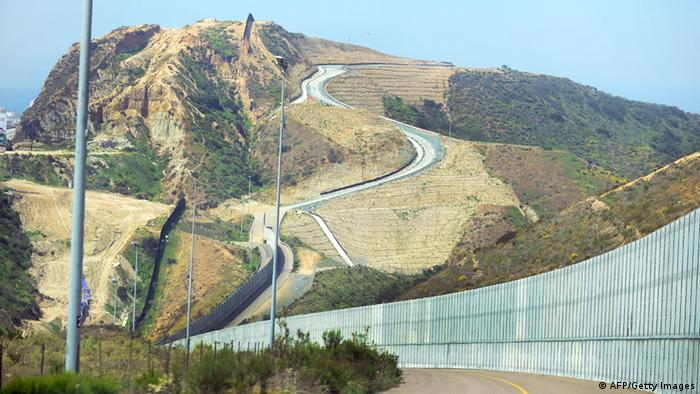 Stock markets around the world on Thursday largely recovered from the initial shock of Donald Trump's triumph in the US election, with investors beginning to calculate the financial benefits expected especially from the massive US infrastructure renewal he promised in the election campaign.

On Tuesday, German concrete maker HeidelbergCement Group said that it was in a "positive mood" about the medium-term effects of Trump's economic policies, even though it expected a brief period of uncertainty and lower US growth.

Group chief executive Bernd Scheifele hopes to boost revenues through the company's US business, which currently accounts for about a quarter of total sales. Scheifele said HeidelCement was expecting to profit from the billions of dollars promised by Donald Trump, including from spending on one of the president-elect's most controversial projects - a wall between the US and Mexico.

"I don't know if the wall will be built - but if it does, it won't be made of wood, it will be made of concrete, and we will do good business [through our subsidiaries] in Texas and Arizona," he told a news conference.

The company could, indeed, do with a boost to its bottom line, which slumped 29 percent to 339 million euros in the third quarter as a result of its 3.7.billion-euro takeover of loss-making Italian concrete maker Italcementi.

Trump wants to build a border wall to keep Mexican illegal immigrants out, and said he wanted Mexico to pay for the construction of the 3,000-kilometer-long structure.

The German business community hopes for trade relations with America to remain on a mutually beneficial footing under Donald Trump as new US president, but there are also fears of more protectionist policies. (09.11.2016)

Trump economics - No reason for Europe to make a fuss

Enrique Pena Nieto has agreed to meet with President-elect Trump, hailing "a new phase in relations" with the US. The government has said deportations may rise when Trump takes office, but doesn't expect them soon. (10.11.2016)