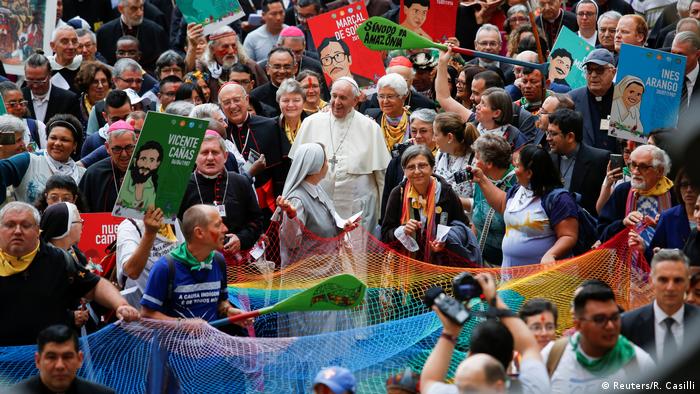 Tulips and roses grown in Kenya no longer grace the altar at Bellahøj Kirke in northern Copenhagen.

Today the 160-seat church prefers local, seasonal flowers — which, along with the bread and wine used in its Holy Communion services, are organic. Bellahøj Kirke also recycles everything from paper and cardboard to clothing and candles. It's all part of a drive to make the church more eco-friendly, explains parishioner Hanna Smidt.

"The [climate] crisis is here, so what are we going to do about it?" she says.

Read more: Are your Valentine's roses harming the planet?

In Bellahøj Kirke's case, the answer was to sign up to Denmark's burgeoning Grøn Kirke (Green Church) scheme. Operated by the Danish National Council of Churches, the scheme encourages churches in the Scandinavian country to take concrete steps to reduce their carbon footprint.

To participate, a church must meet at least 25 of the scheme's 48 criteria — which include reducing energy consumption, composting organic waste, holding meetings via Skype to minimize travel, and holding sermons about the climate crisis.

Smidt, who teaches yoga at Bellahøj Kirke and has led the church's drive to become more eco-friendly, says the scheme has also helped to save money and has gotten more congregants thinking about the issue of climate change. 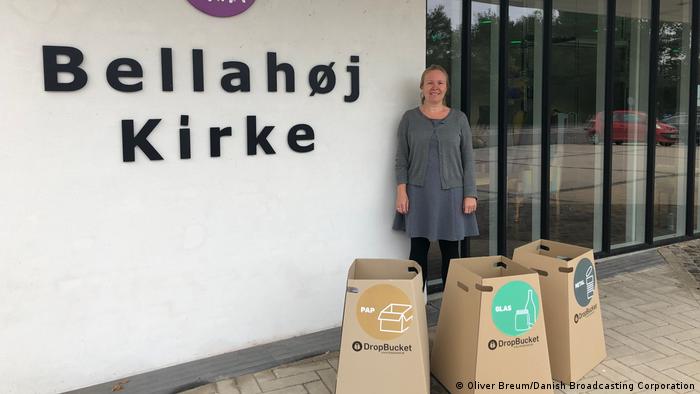 The Grøn Kirke scheme was launched in 2008 by Lutheran pastor Keld Balmer Hansen, whose own epiphany came a year earlier in Romania, when he heard a British climate expert address the Third European Ecumenical Assembly, a gathering of Christians from Europe's main Churches.

"That was a wake-up call for me," Hansen says, adding that his justification for taking action was theological. "I thought, if this [Earth] is a gift from God, we in the church must speak up about it."

The scheme flourished in the wake of the COP15 United Nations climate conference, which took place in the Danish capital in 2009, but later tailed off, Hansen says.

The Lutheran church in Denmark has traditionally avoided "political" issues, he explains, and a decade ago many church leaders dismissed climate action as being part of a "left-wing agenda."

Not any more. Climate change is no longer politically divisive — at least not in Denmark. In December 2019, the country passed a law committing it to reduce carbon emissions 70% by 2030, with support from parties across the political spectrum.

Faith communities are increasingly acknowledging the climate crisis. In June 2019, for example, Pope Francis declared a "global climate emergency." For Hansen, it follows that "interest in green churches is booming."

Indeed, Denmark now has 232 "green churches," 32 of which signed up in 2019 alone — an increase of 16% on the previous year. They include Bellahøj Kirke, which declared itself "green" in August.

So far it's fulfilled 39 of the 48 green church criteria, thanks to Smidt and her "green team" introducing a range of initiatives, including recycling food waste and "re-wilding" a patch of land on the church's property. 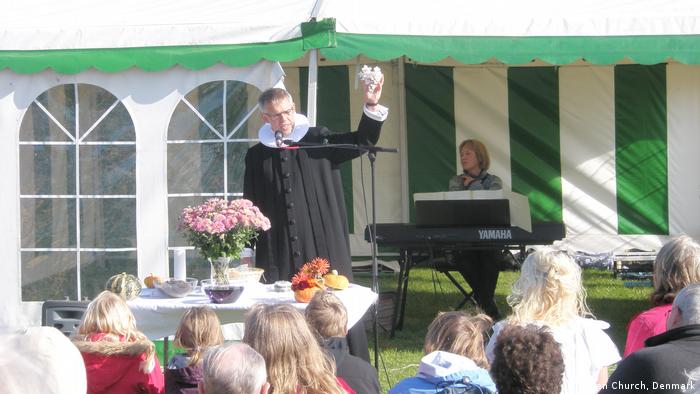 Keld Balmer Hansen is a Lutheran Pastor who incorporates climate and environmental themes in his sermons. He also launched Denmark's 'green church' movement

Smidt says it may surprise some people that churches would help combat climate change, given their traditional leaning. But "we can't sit with our hands in our pockets and wait," she adds.

"We need all good forces to join in on this agenda," agrees Hansen, adding that similar movements exist in countries such as Germany, Norway, Sweden and the United Kingdom.

In recent years thousands of churches across the UK have switched to 100% renewable energy. At least 2,000 churches have registered for the Eco Church scheme, which rewards churches in England and Wales that want to show that "the gospel is good news for God's Earth."

Participants must meet various criteria, such as demonstrating how they look after their buildings and land, engaging with the local community, and changing the lifestyles of their congregation.

The Eco Church scheme was launched in January 2016 by A Rocha, a Christian conservation charity, and participants include Salisbury Cathedral, an Anglican Franciscan friary, and two synagogues.

Among nine churches to have received the highest accolade — a Gold Award — is St James's Piccadilly in central London. Its eco-friendly initiatives have included switching to renewable energy — the listed church installed 40 solar panels on its roof in 2005 — creating wildlife-friendly habitats on its land, lobbying to get Piccadilly Circus' iconic neon lights switched off during Earth Hour, and holding services that focus on the environment. 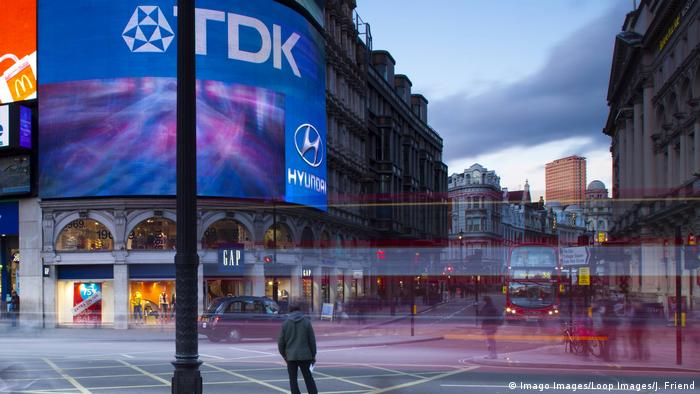 At St James's that has meant making wildflower seed bombs, installing an ice block in the church during the Paris climate conference as a symbol of global warming, and including eco-friendly tips in the parish newsletter.

Cynics may dismiss such measures as token gestures, but Hansen says the willingness of churches to accept the gravity of the climate crisis sends a "strong signal" to the rest of society.

"You shouldn't underestimate the effect of the green church movement," he says. "This is a moment of ordinary people."

And ultimately, in the face of increasingly dire warnings about Earth's climate, supporters of green churches expect their appeal will grow.

"What role do we have to talk about the despair that people might feel, the apathy, the hope, the longing?" says Smidt in Copenhagen. "There are lots of perspectives — ethical and moral — that we as a church can engage in and try to put words or music to, or just even give space and silence to be with."