Are your Valentine's roses harming the planet?

If one flower has become synonymous with Valentine's Day, it's the rose. The fragrant blooms are everywhere, from 24-hour gas stations to fancy florists. But their pervasiveness begs a question: How green is my red rose? 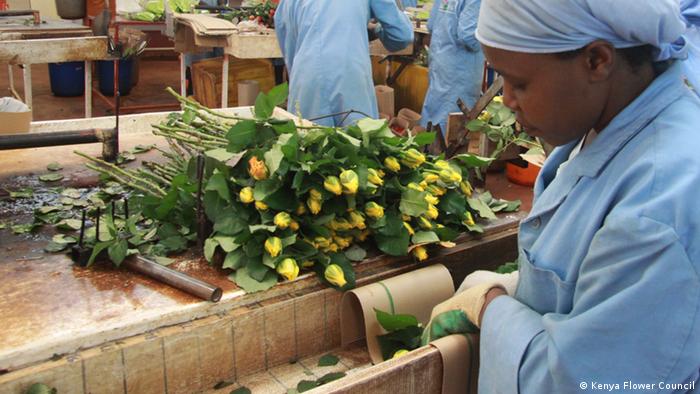 It is a busy time of year for the farms that dot the landscape surrounding Lake Naivasha. The towns and villages around Kenya's second-largest freshwater lake are the heart of the country's cut flower industry.

The first farm was established there in 1982, and since then, the industry has bloomed to 60 farms and 50,000 workers. Some liken the area in Africa's Great Rift Valley to the gold rush towns of Wild West California, to which speculators flocked to seek out their fortunes. Except that now, the treasure is flowers.

During most of the 20th century, the Netherlands was the world's largest grower of cut flowers. Although it still holds the top spot, accounting for some 10 percent of the market, other countries are catching up.

Blooms from Kenya, for example, make up a third of those bought in EU - with most purchased in Germany and the United Kingdom. The country is now the third-largest flower grower in the world, and the most important in Africa. (Colombia is in second place.)

Valentine's and Mother's days are the most important time of year for the Kenyan flower industry. This period accounts for 30 percent of all sales made. But blossoms are big business all year round, says Jane Ngige, CEO of the Kenya Flower Council. 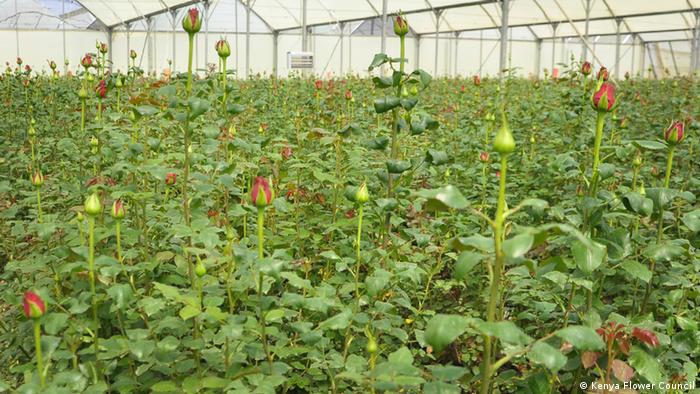 Growing, picking, packing and transporting roses and other flowers is an operation run with military-like precision. The eight- to 12-week growing cycle is a process devoid of any romance and bedded in capitalism - much like Valentine's Day, cynics might say.

The roses must bloom at exactly the right time and be shipped abroad - before they pass their peak. Naivasha's proximity to the Kenyan capital Nairobi with its extensive connections to Europe make it an ideal location for transportation purposes.

The warm climate of equatorial countries means countries like Kenya, Ethiopia and Ecuador can produce flowers year-round to consistent standards. But growing and shipping flowers bears great cost - both financially and environmentally. The vast quantities of water used and pesticide runoff have taken their toll on Lake Naivasha.

Water is diverted into greenhouses, reducing lake levels. And chemicals used in the growing processes are often pumped straight into the lake. Intensive land use from the ever-expanding farms, and associated population growth, have squeezed traditional farming lands.

"Pressures on the lake - caused by population growth, deforestation, over-farming and climate change, coupled with poor resource management - are causing water and land shortages," said Julia Karlysheva of peace-building organisation International Alert. This can even lead to conflict, she told DW. Traditional Maasai pastoralists aren't able to get their herds to lake waters, she added. 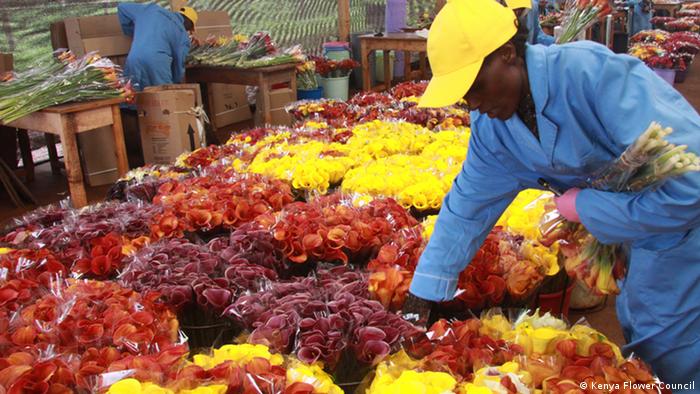 Local growers have tried to improve employment practices and resource management through collaboration with groups including WWF Kenya. According to research by International Alert in 2015, improvements were being made within the Kenya horticulture industry - including offering healthcare to workers, setting up nurseries for women, who make up a majority of the workforce, and offering paternity leave.

"In terms of the environment, there is an increasing understanding of the need to use water more carefully and responsibly," says Karlysheva.

But she added that the flower industry isn't always on board when it comes to improving working conditions. "Many workers find the work hard and are underpaid, and suffer health problems due to the use of various chemicals."

Is orange the new red?

While the Netherlands is no longer the only major flower growing nation, it still distributes around 60 percent of the world's blooms. That's because, once transported north by air, many of Africa's blossoms end up near Amsterdam’s Schipol airport and at the world's biggest flower auction, the Aalsmeer.

Some 20 million stems change hands there every day. Bidders armed with computers calmly make offers from across the globe, and observers on high catwalks can watch as small tractors haul long carts of flowers around the vast halls. 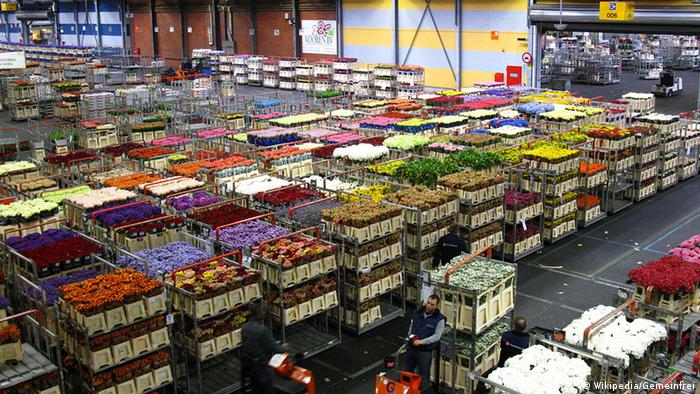 Although many cut flowers are grown in Africa or South America these days, most of the flowers in the world are still traded at Aalsmeer in the Netherlands

Since the 1990s, Dutch businesses have moved growing operations south to countries such as Kenya and Ethiopia, where they say the sunny conditions have boosted production as much as 70 percent. Cheaper labor costs and better weather are the main attractions. And while it would be easy to imagine that shipping flowers thousands of miles would exact a heavy toll on the environment, that doesn't paint the whole picture.

A study conducted in 2007 at the UK-based Cranfield University compared roses grown in Holland and Kenya. Factoring in the energy used in production and delivery, be it by air or truck, it found that 12,000 Kenyan roses resulted in 6 metric tons of carbon dioxide being released.

The same number of Dutch roses produced in hothouses generated about 35 metric tons of CO2 emissions. So if you do buy roses this Valentine's Day, check the tag and have a hard think on what it took to produce them.