Greek nationalist anger turns to violence against refugees | Europe | News and current affairs from around the continent | DW | 14.11.2017

Years into a refugee crisis, many Greeks continue to resist the integration of asylum seekers stranded in the country. New, far-right extremist groups are taking advantage of the frustration. Anthee Carassava reports. 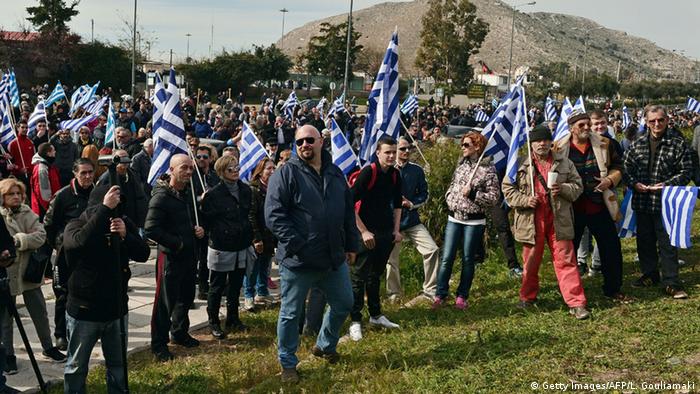 A supreme court prosecutor has ordered an urgent investigation into a violent racist attack against a migrant minor after a new group of far-right vigilantes emerged from obscurity, vowing to chase refugees out of Greece.

The group, calling itself Crypteia, claims to be a modern-day remake of a sort of Hitler Youth of Sparta — a murderous clan of men who roamed the countryside of southern Greece, in ancient times, terrorizing and killing state slaves.

The investigation comes days after members of the hit squad attacked the home of Amir, an 11-year-old Afghan boy and his family in central Athens. Vigilantes used rocks and beer bottles to smash the boy's bedroom window at 3 a.m., also tossing in a message in Greek that only Amir was able to read. 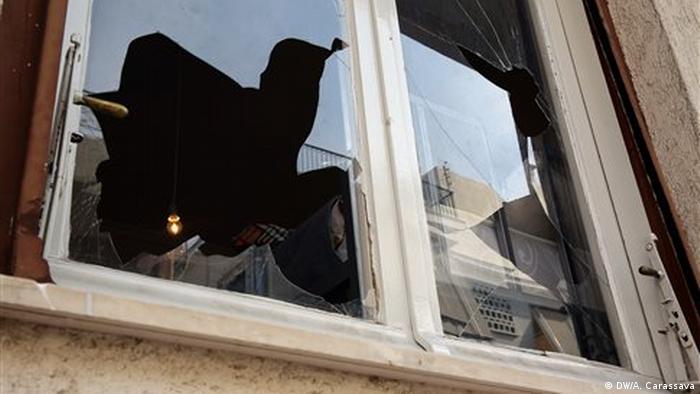 It read: "Go back to your village. Leave."

The hate crime — considered the first against a migrant minor — has sparked furious reactions from the United Nations and other humanitarian groups concerned that a rising rate of attacks on asylum seekers threatens to transform this once tranquil sun-kissed European nation into a hotbed of throbbing racist discontent.

Division over the treatment of refugees

But in Greece, the latest incident with Amir has triggered a nationwide debate — and division — over whether asylum seekers stuck in the country who wish to leave than stay, should be afforded the same rights as local citizens in the interim.

"There is no question that they should be embraced by all of us, and the state, to help them overcome the violent uprooting that they faced from their homelands," said Panagiotis Armamentos, a local attorney. "They enjoy refugee status. And we as Greeks should honor that so much more because we too have been migrants and refugees, trying to seek a better life abroad."

But not all agree. In fact, in a random DW survey of Greeks in a middle class suburb of Athens, Armanentos emerged as the only emphatic supporter of refugee rights. All others appeared sympathetic but then biased and at times discriminatory on emotive, nationalist issues.

"They can eat and sleep here," says Evangelos Dangalakis, a retired orthodontist. "But beyond that, refugees can not and should not enjoy the same rights as Greeks. They should not be allowed to appropriate Greek symbols and values." 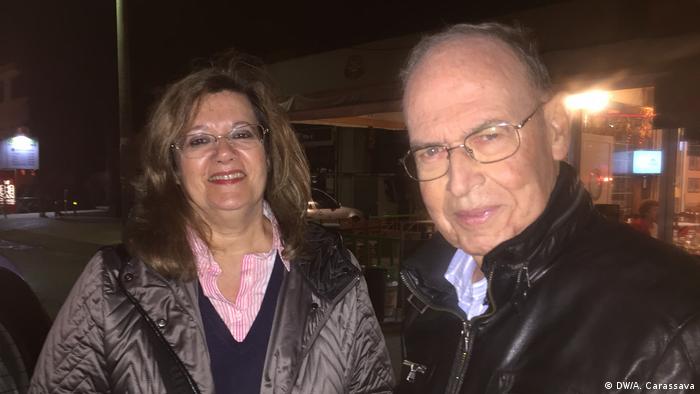 "A refugee, for example, can not lead a national parade and carry the Greek flag. It's a right that should be afforded only to Greeks."

Just days before Amir's home was stoned, administrators at a state school demonstrated exactly that — stripping the young Afghan of the privileged prize he had won in a lottery organized by his teachers. Eventually, Amir was given a small, nondescript, school sign to carry during the march, instead.

"And rightly so" says George, leading his girlfriend, Nasia, into a luxury coffee shop in the Athens suburb of Drosia. "My grandfather fought for that flag; her's was killed trying to defend it. It's not an issue of racism or discrimination," said the 37-year-old businessman, refusing to divulge his surname, "but of one of national identity. How can a Muslim hold a flag bearing a cross? And how can any migrant even aspire to enjoy the same rights as the local population when he himself refuses to assimilate, seeing us as a mere stepping stone to another destination."

Like thousands of refugees who have streamed to Greece from Turkey in the past year, Amir and his family have refused political asylum here, hoping to reach their preferred destination of Germany to reunite with relatives. 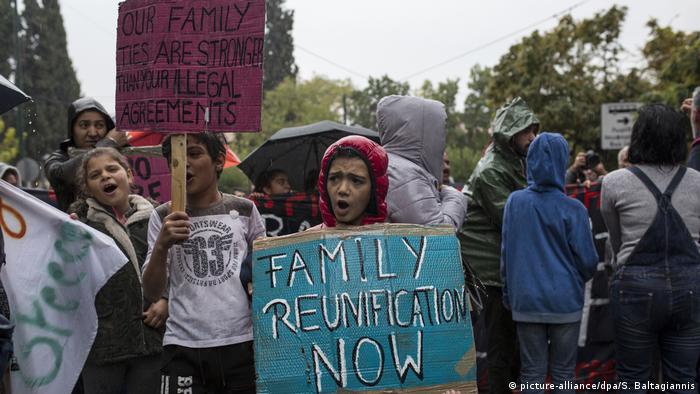 It's not the first time that Greeks have tried to assert their national identity in the wake of Europe's refugees crisis. Last year, scores of parents padlocked the gates of primary schools and kept their children from attending classes in one of the biggest and most violent protests to grip northern Greece.

Backed by extreme-right vigilantes, the demonstrations quickly took on strong racist and nationalist tones. Most worryingly, though, they underscored the beleaguered government's daunting task of managing the integration of more than 62,000 asylum seekers stranded across the country.

Earlier this year, the Hellenic League of Human rights said in a report that after years of inaction, Greece's neo-Nazi Golden Dawn party was once again starting to recruit and train anti-migrant hit squads.

Police investigating the attack on Amir and his family suspect that Crypteia is a violent offshoot of Golden Dawn. No arrests or prosecutions have followed. But to protect him against any future attacks, police have relocated the young Afghan and his family to an undisclosed safe house in Athens.

"Unfortunately," said Armamentos, the attorney and human rights advocate, "this incident has put us all in a bad light. It marks a bad moment for Greece and the Greeks. Something must be done."