Greece: Remembering German war crimes, the Holocaust and the Civil War | Europe | News and current affairs from around the continent | DW | 30.12.2021

German tanks on their way to Larissa during the occupation of Greece in May, 1941

Traces of the German occupation between 1941-1944 can be found everywhere in Greece. An estimated half a million people perished, and the large Jewish community of the northern Greek metropolis of Thessaloniki, a city long nicknamed the "Jerusalem of the Balkans," was almost completely wiped out. The trail of destruction left by Hitler's Wehrmacht led to the bloody civil war of 1946-1949, which divides the country ideologically even today.

Here in Germany, very little is known about the suffering Greece had to endure during World War II.  A 2016 exhibition in Thessaloniki tried to change this. Entitled "Divided Memories 1940-1950: Between History and Experience", it was organized by the local Goethe Institute, the Thessaloniki Museum of Contemporary Art, (MOMus), the city's Jewish Museum and the NS Documentation Center in Cologne. 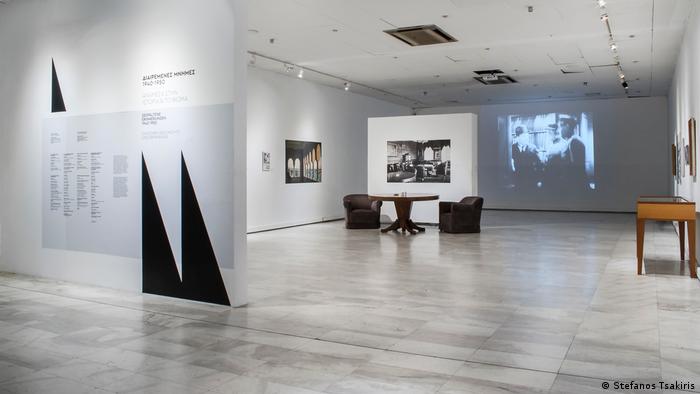 The exhibition 'Divided Memories' in Thessaloniki in 2016

The exhibition was expected to pass through Cologne in 2021. But the coronavirus forced organizers to put together a scaled-down virtual version of the physical event, comprising a dense network of everyday objects, historical documents, texts, biographies and works of art that were specially digitized for the occasion.

Online visitors can click their way through 21 different exhibition rooms – spanning the Greco-Italian War of 1940-41 through to the resistance against and the liberation from German occupation, to the history of Greece's Jewish community, and the Civil War.

The cleverly curated sheer mass of information that visitors can access shows just how brutal the German occupation was. Through a kaleidoscope of snapshots depicting the darkest chapter of German-Greek history, visitors are given an opportunity not simply to observe past events but actually to feel them.

From her office in the Museum of Contemporary Art in Thessaloniki, art historian Thouli Misirloglou glances out over Freedom Square. There, in July of 1942, German troops rounded up some 9,000 Jewish men and tortured and humiliated them. Through her window, she can almost make out the Holocaust Memorial in the distance. It commemorates the extermination of the city's Jewish community.  All in all, 96% of the city's 50,000 Jews were murdered in Hitler's death camps. 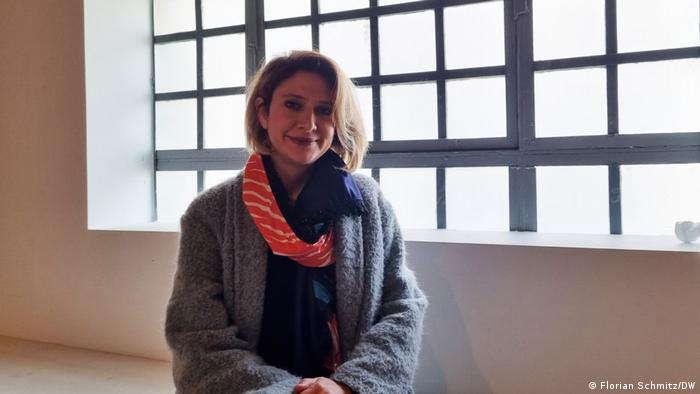 Misirloglou heads the museum's Experimental Art department and together with her colleague Danny Zacharopoulos curated the exhibition, which was no easy feat considering the difficult subject matter. Anger still boils over among many of her compatriots over postwar Germany's lack of interest in what happened.

But Greece too is having a difficult time coming to grips with its history. Its own nationalism leaves little room for the Jewish victims of the German occupation.

Through the eyes of artists

For Misirloglou, the exhibition's subtitle: "Between History and Experience" is what it is all about. The exhibition, she says, is about experiences and the personal and aesthetic approach to art and the fate of artists during the period of occupation and civil war. "The words of these people were shrouded in silence for a long time," she explains.

Greece's own ideological struggle between the left and the right, which culminated in the civil war, continues to this day to define the country's public and political discourse. Voices that don't fit into that discourse have up until now been mostly ignored. 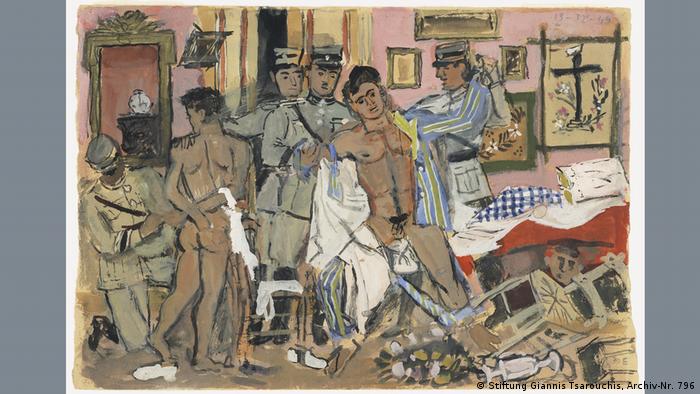 Yannis Tsarouchis painting entitled 'The arrest of three communists' from 1944

Misirloglou hopes that by approaching the subject scientifically and aesthetically, a process will begin that will permeate prevailing ideological and political viewpoints and enable constructive debate.

The exhibition is, in fact, not about collective mourning, but about individual experience; not about statistics, victims or heroes, but about the voices of contemporary witnesses who have so far gone unheard. Their perspectives are intended to expand previous knowledge and to shed light on collective trauma through the examples of individual people.

The city's Jewish Museum is barely 10 minutes away from the port of Thessaloniki. Its focus is not on the extermination of the Jews in Greece, but on their history and how they helped shape life there for more than 2,000 years. Its director, Evangelos Chekimoglou, was the one who got the virtual ball rolling. But he's anything but happy with the title of the exhibition: "For us, there are no divided memories. It's simply a fact that 45,000 of the city's Jews were murdered in Auschwitz." 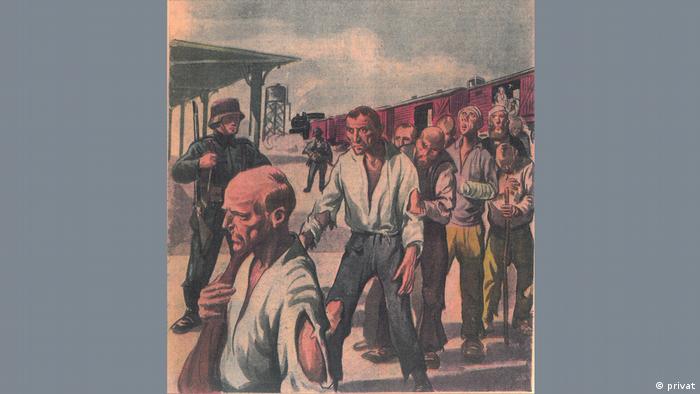 Chekimoglou says he finds it difficult to really identify with the exhibition: "The Jewish Museum contributed only one part on it. We had nothing to do with the rest." He is disappointed that more attention is not being paid to Jewish history in Greece. After the extermination of the Jews in Thessaloniki, the subject was not addressed in Greece for decades, he explains. Only recently are people beginning to remember.

Germans too have gaps in their knowledge

German historian Annemone Christians-Bernsee of the Nazi Documentation Center in Cologne has learned time and time again that the process of remembering and understanding is far from over, even more than 70 years after the end of the war: "I have studied the history of the Third Reich and the persecution of European Jews intensively," she tells DW, "but the dimension and the terrible name given to Thessaloniki as the 'City of Extermination' was previously unknown to me." 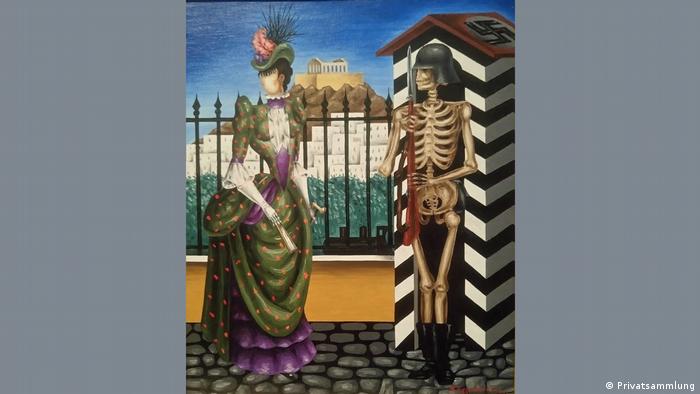 The crimes of the SS and the Wehrmacht in Greece are a niche topic for German historians and ordinary Germans know little about the period. "Germany's historians didn't start researching the topic of Nazi involvement in Greece until 2000-2010," Christians-Bernsee told DW. The exhibition "Divided Memories" is one of the first attempts at approaching the issue, she said.

What is new here is the focus on Thessaloniki and the depiction of the Greek Civil War as a consequence of the Nazi occupation through a combination of art, biographies and historical data: "It's about how people back then experienced these crimes, the persecution of Jews, the German Wehrmacht's withdrawal and the subsequent civil war", Christians-Bernsee said.