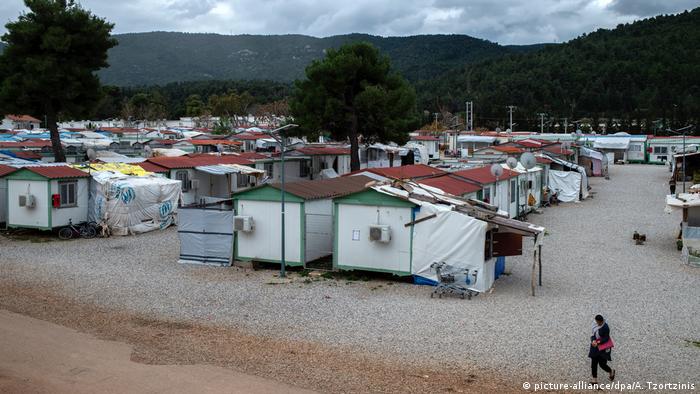 Greek authorities on Sunday announced that a second migrant camp has been placed under lockdown restrictions after a 53-year-old Afghan migrant tested positive for the novel coronavirus.

The Afghan man and his family reside in the Malakasa camp, which lies about 45 kilometers (28 miles) north of Athens. Public health authorities are attempting to trace the chain of transmission, although it could prove difficult with the camp hosting some 1,800 migrants.

Greece last week placed the Ritsona migrant camp in northern Greece under lockdown. Both camps will remain under quarantine for at least 14 days, according to Greece's migration ministry.

Greek authorities are worried that an outbreak at one of its migration camps would prove nearly impossible to contain.

More than 110,000 migrants reside in overcrowded camps across the country, including 40,000 who live in squalid conditions on five Greek islands. Many of them arrived in 2015 after fleeing war and extreme poverty in the Middle East, Asia and Africa.

"The number (of migrants and refugees) is very large, therefore it is a given — mathematically — that there will be confirmed cases," Migration Minister Notis Mitarachi told Greek broadcaster Skai TV. "We have an emergency plan in place … but it is more difficult to implement it on the islands."

Human rights organizations have called on the Greek government to transfer migrants from the islands to mainland centers. Mainland camps are considered far less crowded than their island counterparts.

Eva Cosse, Greek researcher at Human Rights Watch, said the conditions on the islands make it impossible to adhere to the appropriate public health guidelines designed to curb the outbreak.

"Restricting thousands of women, men and children in severely overcrowded camps, where living conditions are unacceptable, makes it impossible to isolate people exposed to COVID-19 or to comply with minimum preventive and protective measures, even hand washing and social-distancing," Cosse said.

Greece has quarantined a migrant camp near Athens after residents tested positive. The EU is now warning of a spread to other overcrowded Greek island camps. (02.04.2020)

Coronavirus: EU must do everything to avoid an outbreak in refugee camps, warns Commissioner Ylva Johansson

Ylva Johansson, the EU commissioner for home affairs, has rung the alarm bell over a potential coronavirus outbreak in one of the overcrowded Greek migrant camps. She told DW that this must be avoided at all costs. (02.04.2020)