Leaders of the Neo-Nazi party have been sentenced to prison for running a criminal gang. The ruling is the culmination of a trial that has been described as one of the most important in Greece's political history. 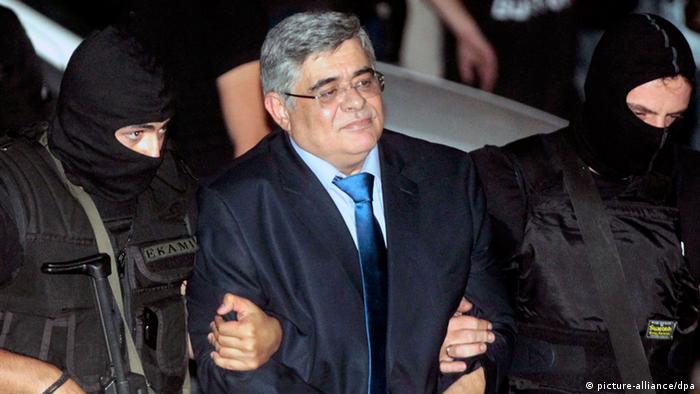 A Greek court on Wednesday handed a 13-year jail term to the leader of the neo-Nazi group Golden Dawn, Nikos Michaloliakos, for running a criminal organization under the guise of a political party.

Six other former senior members were sentenced between 10 and 13 years on similar charges, and 11 former Golden Dawn lawmakers were sentenced to between five and seven years in prison for being members of a criminal group.

Golden Dawn has been blamed for organizing multiple, violent attacks targeting immigrants and left-wing activists. Most were carried out in Athens.

The landmark ruling is the culmination of a five-year court casethat involved more than 50 defendants convicted of crimes ranging from illegal weapons possession, murder and assault.

The trial has been described as one of the most important in Greece's political history.

The judges will now decide if any of the sentences can be suspended pending appeals by the defendants. Those denied appeal will likely be detained later in the week.

None of Golden Dawn's main members attended the sentencing.

The extremist party's leaders were arrested in 2013 after the killing of anti-fascist rapper Pavlos Fyssas by a Golden Dawn supporter sparked nationwide protests. That led to a government crackdown on the party.

Several other former party members were sentenced between six and seven years for being complicit in the murder.

Golden Dawn was founded as a neo-Nazi group in the 1980s and rose to prominence during the Euro financial crisis. The party entered the Greek parliament for the first time in 2012 after tapping into citizens' concerns about migration and austerity measures. 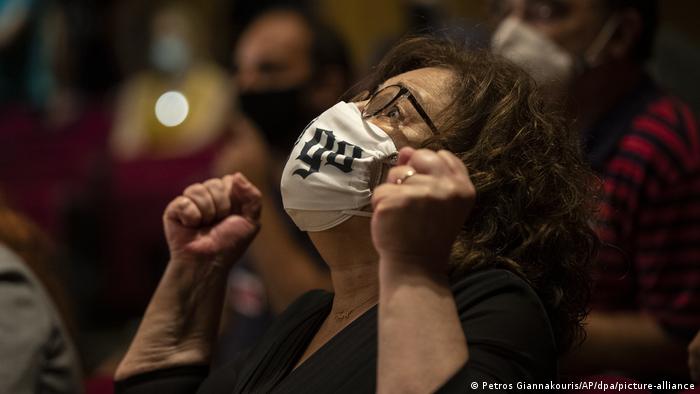