A young Iraqi man was killed in the latest in a series of hate attacks against foreigners in Greece. The death comes amid a wave of anti-immigrant feeling and follows electoral successes for the far-right. 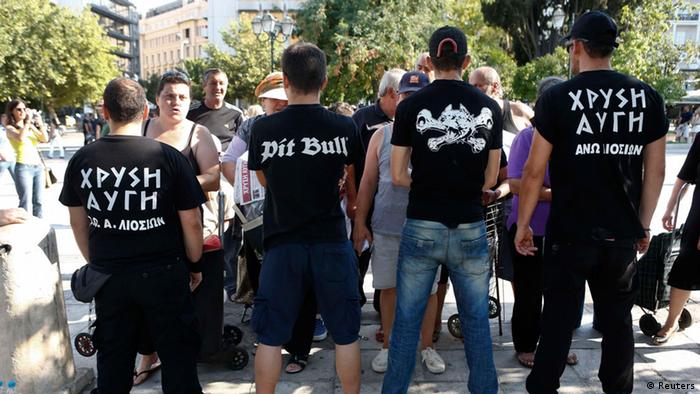 Police said on Sunday that the 19-year-old Iraqi was stabbed to death by five men traveling on motorbikes.

The police said the men had "tried to attack a Romanian and a Moroccan in the same area" late on Saturday, a version of events supported by witness statements.

Greek Minister for Public Order Nikolaos Dendias said he had been informed by investigators that it had been a racist, anti-immigrant attack.

He said that both the government and the country's judiciary would not be swayed in their determination to punish the perpetrators "no matter what pretext they used."

The men were reported to have escaped on their bikes through the narrow city streets.

The killing took place after a police crackdown to clear Greek cities of illegal immigrants.

The country's Golden Dawn party enjoyed a surge in popularity during elections in June, with immigrants blamed for rising unemployment and crime as the country struggles with austerity measures.

The party has said that Athens is being tarnished by "illegal migrant peddlers."

Several members of the party have been implicated in the attacks and rights groups have criticized officials for failing to pursue charges.