Albania is making efforts to join the European Union. But illegal cannabis cultivation, cocaine trafficking networks and widespread corruption are hurting the country's chances of one day becoming a member of the bloc. 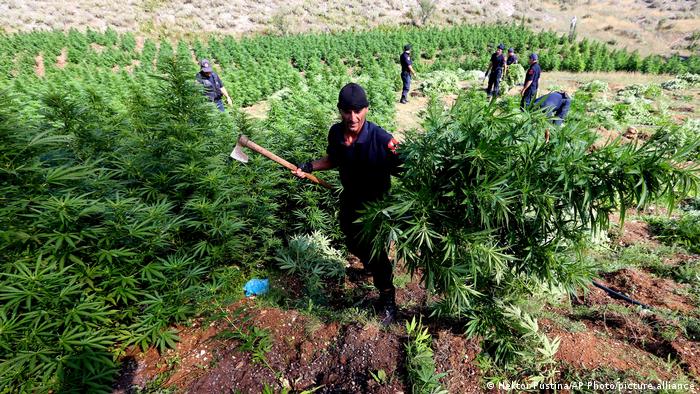 As part of Albania's war on drugs, police chop down illegal cannabis grows

Prosecutor Altin Dumani knows there is a lot to do. A lot. His office, in Albania's capital, Tirana, is crammed with stacks of documents. All of the cases deal with organized crime, especially drug trafficking and corruption, problems that have hindered the small southeastern European country for decades, Dumani told DW.

The 46-year-old is the deputy head of Albania's relatively new Special Anti-Corruption Structure (SPAK ), an independent judicial body formed in late 2019. The establishing of such an agency was one of the European Union's prerequisites for Albania to start accession talks.

Many Albanian traffickers are "very active" in EU countries. Dumani said he and his colleagues had intensified cooperation with their counterparts in Italy, Germany and other EU member states because of "the importance of the war against organized crime." He said his agency's efforts had already proved successful. The SPAK has, for example, confiscated large amounts of narcotics in both Italy and Albania. 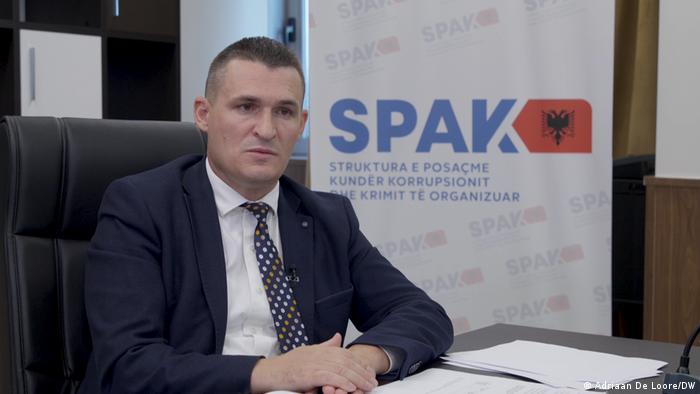 Dumani is deputy head of SPAK, which fights organized crime and corruption in Albania

When government turns a blind eye, 'it gets dangerous'

Albania, a country of roughly 3 million inhabitants, has long been one of Europe's hot spots for cannabis cultivation. According to the 2021 UN World Drug Report, Albania was the planet's sixth-largest supplier of cannabis from 2015 to 2019, and the largest in Europe.

As the field network coordinator for the Balkans for NGO Global Initiative Against Transnational Organized Crime, Fatjona Mejdini has followed the issue closely. She told DW that the drug problem had its roots in 1991, when Albania went from an isolated communist dictatorship straight to capitalism. "They were tough times for everyone," Mejdini said. "And, as many people lost their state jobs, they turned to cannabis cultivation to sustain their families."

Over the years, the government has turned a blind eye to the business — and "in some cases, we saw the collusion of state structures with people growing cannabis," Mejdini said. "And this is where it gets dangerous."

Criminal groups gained more influence. And, in the past 10 to 15 years, there has also been a new development: Networks have added cocaine to their business model. The networks and routes they had already built up in Europe were the perfect starting point. "They had the infrastructure," Mejdini said, "so now they wanted something that could make them rich even faster." 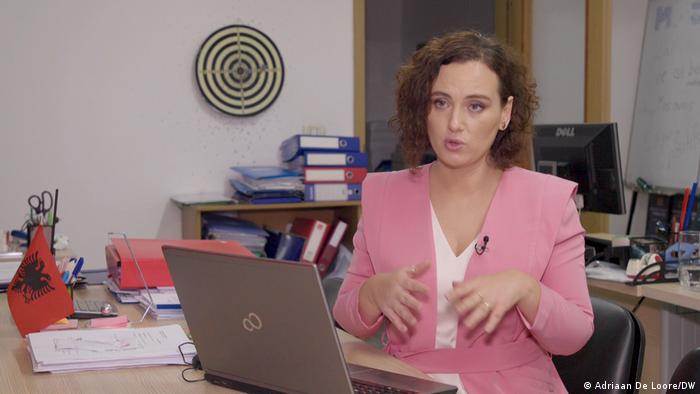 After coming to power in 2013, the Socialist government of Prime Minister Edi Rama declared a war on drugs — trying to fulfill a campaign promise. The Albanian police's YouTube channel now shows operations against cannabis producers and cocaine smugglers. But despite a decrease in cannabis plantations, drugs remain a big issue in the country. According to investigative media articles and Mejdini's reports, state structures facilitate drug trafficking. Leading politicians have been repeatedly accused of being involved in the business.

And there is another problem that makes it difficult to wage the "war on drugs" successfully: Even if Albania has made economic progress in recent decades, many young people leave for better economic opportunities elsewhere. It can be difficult to resist the money that comes from drugs for Albanians who stay.

Fushe-Kruje is a well-known hot spot for cannabis cultivation north of Tirana. Raldi, a 26-year-old local and car mechanic who asked that his full name not be used, told DW that his life changed completely at 22 when he was arrested on charges of selling narcotics. Raldi said he had only ever consumed cannabis — never dealt it. He said friends who had trafficked drugs did it because they had nothing else to do. There are no jobs, no prospects. Raldi works 14 hours a day and receives €500 ($580) a month. 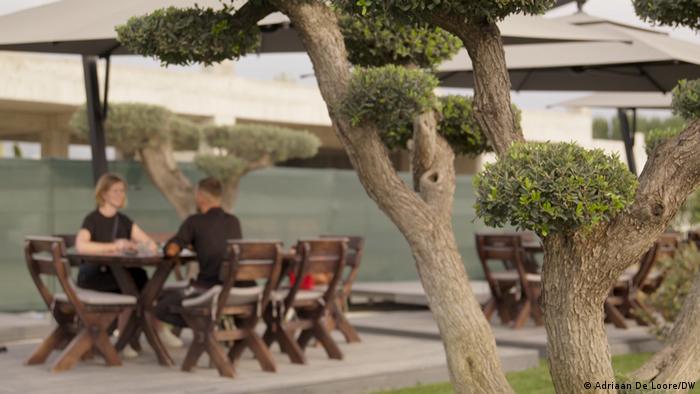 Raldi, a 26-year-old mechanic, was arrested on charges of selling narcotics in 2017. He says he is innocent

Mejdini said the government had not done enough to help young people like Raldi. Like many, she has set her hopes on the European Union. According to surveys, almost 100% of Albanians want to become part of the bloc of 27 member states. And the country's leaders are getting increasingly impatient because they feel that they've delivered, by fulfilling all the EU's criteria to start accession talks.

Zef Mazi, Albania's chief negotiator with the EU, told DW that drug trafficking is not solely a national issue. "The transport of cannabis or other drugs is an international problem," he said. Mazi is in constant touch with EU leaders and said that, for example, German Chancellor Angela Merkel and the European Commission's president, Ursula von der Leyen, have repeatedly stressed that Albania is ready to start the negotiation process.

In fact, all EU countries have approved the opening of talks with Albania. The only reason why discussions have not begun has nothing to do with Albania. EU member Bulgaria is blocking neighboring North Macedonia because of a language conflict. As the countries are treated as a package by the European Union, talks with Albania are again stalled. 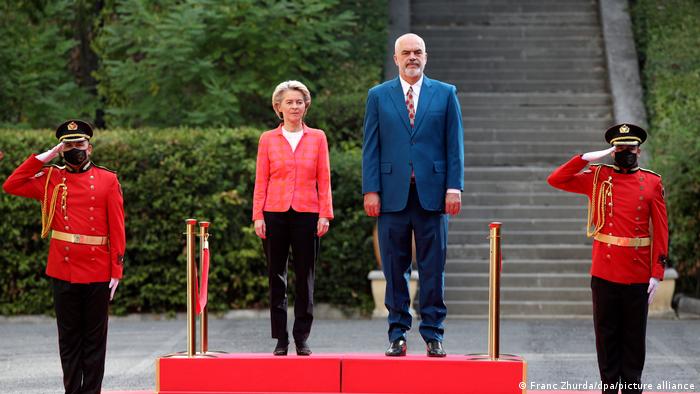 Some EU countries, especially France and the Netherlands, remain skeptical about expanding the bloc. One reason is a general enlargement fatigue after Brexit. But there are also growing frustrations with the rule of law in Central and Eastern European countries. The fear is that taking on countries such as Albania — in which drug problems and corruption are so widespread — would create even more cracks within the union.

Dumani said he and his team at SPAK were doing their best to tackle these issues. Forty-one percent of respondents to a recent survey by the TV channel Euronews Albania said they trusted SPAK. "We are not yet satisfied with what we have achieved," Dumani said. But, he added, SPAK is still a new agency and, with a bit more time to become established, there will be more results.

On the lookout for drug smugglers

Courting controversy at the outset of his third term, Albanian PM Edi Rama has set up a new state agency for media and information, or MIA. Skeptics decry it as a "propaganda ministry."