Google could face sanctions for Street View in Germany | Germany| News and in-depth reporting from Berlin and beyond | DW | 20.05.2009

Google could face sanctions for Street View in Germany

The International Herald Tribune reports that a German data inspection agency has threatened Google with penalties if it does not amend its Street View application to accord with German privacy law. 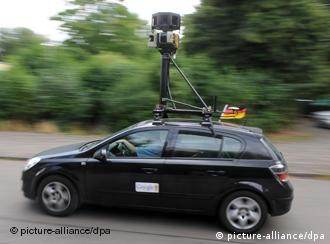 Johannes Caspar, the head of the data protection agency in the German city-state of Hamburg, said there are 12 areas in which the Google Street View application breached German privacy law.

Of these, the main disputes concern photography of people or their property without consent and the handling of recorded data.

Caspar said that if Google doesn't promise to make the changes by 10 am on Wednesday, he would be forced to “investigate the possibility of sanctions.”

Dietmar Mueller, a spokesman for the German Federal Commissioner for Data Protection and Freedom of Information in the western city of Bonn, said the agency in Hamburg was able to issue fines of over 100,000 euros, which could then be appealed.

He said individual German citizens, as well, could take Google to court for breaches of privacy.

He added, however, that the penalties for this type of activity were “limited” in the country. 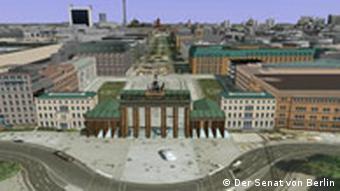 Objection from around Germany

The data protection administrators of all 16 German states have objected to Google's Street View application.

In the northern city of Kiel, the capital of Schleswig-Holstein, some residents have placed warnings on their front doors asking Google not to film or photograph their property.

Google has been compiling images in Germany for the application's inventory since last year, including the photographing of major streets.

At present, Street View is available in 11 countries in Europe, including France, Italy, Spain, Britain and the Netherlands.

US Internet giant Google has been banned from gathering images from Greece for its Street View service until it provides more privacy guarantees. (14.05.2009)

Google has thrown its weight behind European Commission antitrust charges against Microsoft, insisting the software giant's bundling of Internet Explorer Web browser with Windows is stifling competition and innovation. (25.02.2009)