A controversial proposal to digitalize Germany's cultural heritage with the help of the country's new one-euro job scheme is ruffling feathers at the German Cultural Council. 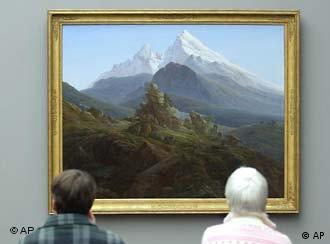 Soon to be digitalized by Germany's unemployed?

Bill Gates got there first in the early 1990s, when his Corbis Agency began securing digital rights to license images, including masterpieces such as "Mona Lisa," "Whistler's Mother" and various library and archive collections.

It's a daunting task. But what makes the idea so contentious is that his first priority is not so much preserving German culture for posterity as providing 20,000 unemployed Germans with so-called "one-euro jobs" that were introduced as part of a social welfare reform.

Hans J. Heinrich, publisher and museums expert, thinks he's hit on a win-win situation. He foresees a team recruited from the ranks of Germany's long-term unemployed academics for an initial two years, tasked with digitalizing some 100 million German cultural treasures.

But the German Cultural Council is having none of it. Its main concerns are that the project will breach copyright law; be implemented by people lacking appropriate qualifications and experience of handling cultural property -- and inevitably damage the already fragile job market for arts and culture. 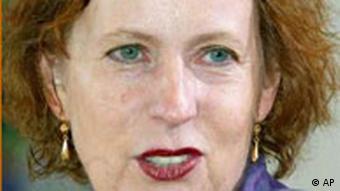 However, Christina Weiss (photo), Germany's state secretary for media and culture, thinks Heinrich might just be on to something. The Cultural Council has called on her to reconsider her approval.

"Creating 20,000 one-euro jobs for a cultural project will affect the entire job market to an extent we can't predict," said its manager, Olaf Zimmermann. "No one in the cultural sector will continue to hire staff if it's possible to find workers for next to nothing. With one-euro jobs, the state takes over the employee's costs, which would add up to €72 million for a two-year project. It's unacceptable that such a vast undertaking can be waved past the standard structures, committees and hierarchies by (Christina Weiss)."

Supporters of the project point out that for once, the one-euro scheme could be constructive. Often dismissed simply as a way of fudging unemployment figures, implemented along the lines described by Heinrich, it genuinely could help the jobless develop new skills. 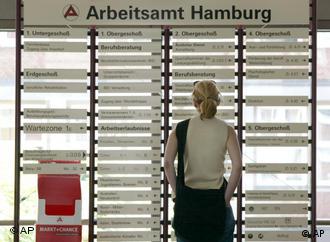 Searching for help at a German unemployment office

With some 50,000 unemployed in the cultural sector, Heinrich is convinced the scheme will attract plenty of applicants, who would then undergo a month-long training in digital technology and data processing.

He's also been at pains to point out that the project would prove profitable for the museums and archives by increasing their commercial scope by facilitating image reproduction, for example, and serving as a potentially lucrative research service.

Moreover, by providing electronic back-up, a centralized database would help limit damage on the scale suffered by the Anna Amalia Library last year, allowing works of art to be precisely reconstructed with reference to the original.

How much damage a fire at Weimar's Anna Amalia library did to Germany's cultural legacy will only be clear after a team of bookbinders in Leipzig get done with their work -- and that could take years. (Sept. 8, 2004)

For those out of work, the government has introduced a new category of low-paying jobs to supplement welfare. So-called one-euro jobs are supposed to help the long-term unemployed back into the work force. But will they? (Dec. 28, 2004)