Born more than 200 years ago, Ludwig van Beethoven has now come of age in the digital era. With a complete online archive, a multimedia exhibit and a virtual opera, the classical composer is paving the way to the future. 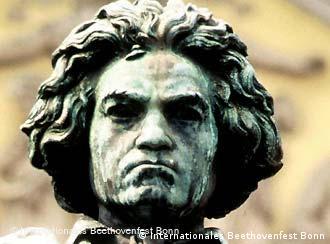 Even the most classical of composers eventually find their way into the contemporary stage of the Internet. For Germany’s favorite musical son, Ludwig van Beethoven, the entry into the digital era was six years in the making, but the Bonn Beethoven House hopes the launch of a comprehensive online archive and research center will usher in the rebirth – or at least the revival – of a musical tradition. 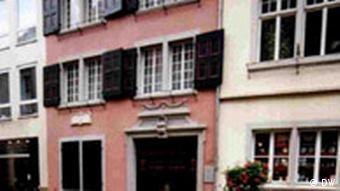 The world’s largest Beehoven collection, housed in the composer’s birthplace in Bonn, Germany, has turned itself into a state-of-the-art musical complex drawing on the latest in digital technology and information science. Starting this week, Beethoven fans around the world will have access to the collection’s huge library of musical notations, letters and other objects from the composer’s life as well as a virtual tour through the house’s exhibits and a forum for the exploration of music and new media.

According to the museum’s organizers the project is “a unique example of how a cultural institution focusing on a composer can create a modern connection between the traditional approach to his works and the use of new media.”

For a cost of €4.5 million ($6.03 million), more than 26,000 historical documents and images were scanned, digitalized and catalogued in a giant database by the Fraunhofer Institute for Media Communication. 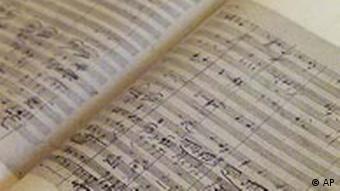 Beethoven's score for the Ninth Symphony

Until their Internet debut, many of the first editions, manuscripts and pictures of the composer never appeared for viewing by the general public. Because of their extremely fragile nature and value, only researchers and Beethoven interpreters were allowed access to them. The Internet site changes that by providing free access to fans any where in the world. It also provides audio samples of key works and reads letters out loud to visitors.

“The digital Beethoven House enables us to preserve the original documents while still informing the world about our unique collection and introducing the composer to completely new audiences,” said museum director Andreas Eckhardt.

Cultural bridges through the ages

In the Beethoven House itself, visitors can take part in a Stage for Music Visualization, a forum where new media is used to interpret Beethoven’s works in a visual way. Inaugurated with the performance of “Fidelio, 21st century,” a musical performance that combines Beethoven’s only opera with 3-D computer graphics and sounds and transfers it to abstract geometrical characters on a projected stage.

The protagonists of Beethoven’s “Fidelio” – spirals, planes and fields of color – fly across the specially created stage in the basement of the composer’s birth house as visitors take joysticks in hand and manipulate them to the tones of the composition. An integrated sound system allows the music to follow the figures through the room. 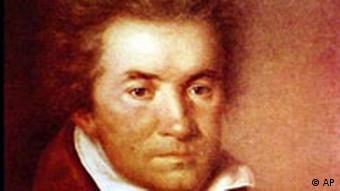 “With this step into the digital world, we hope to reach out to young people especially,” Eckhardt said, justifying the investment in new and interactive media. It is the first project of its kind bridging traditional music with futuristic elements and technology, he said.

The museum director is convinced the digitalization of the Beethoven House and the introduction of more experimental musical fields will go a long way in promoting not only the composer, but also lead to new interpretations of his work and further questioning about the connection between music and multimedia.

On a more pragmatic side, Eckhardt expects the project to attract more visitors to the brick-and-mortar exhibits.

Classical music fans from around the world are descending on Bonn, Germany, for the annual Beethoven Festival. But festival goers expecting to hear Beethoven’s classics are in for a surprise (Sept. 21, 2003)

The 9 Lives of Beethoven's Ninth

Beethoven's Ninth Symphony has been named one of UNESCO's official cultural heritage treasures. It marks the end of a long journey for a manuscript that survived wars and was split by the Cold War. (Jan. 14, 2003)