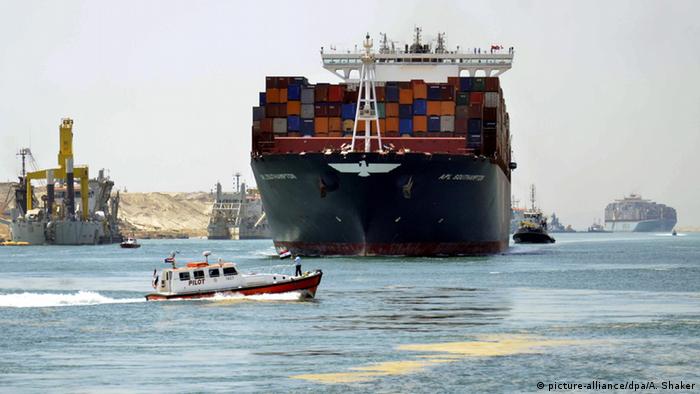 "The Egyptian government announces the nationalization of the Suez Canal Company."

With these sober words in October 1956, President Gamal Abdel Nasser made public a decision that caused rejoicing in Egypt but shocked Europe. Nasser had long been waiting for US loans to build the Aswan Dam, but because the White House feared Nasser could pivot Egypt toward the Soviet Union in the midst of the Cold War, President Dwight Eisenhower withheld the funds.

Outraged, Nasser decided to finance the project by nationalizing the Suez Canal. At the time, the waterway was jointly owned by the UK and France. Although Nasser promised adequate compensation, the two European states would not agree to the move. Negotiations failed, and the UK and France, supported by Israel, attacked Egypt in the canal region at the end of October. In response, the US and the Soviet Union forced the withdrawal of French, British and Israeli troops via the UN. The Middle East was to be the sphere of influence of the major global powers, not of the Europeans.

According political scientist Thomas Demmelhuber from the University of Erlangen-Nuremberg, Nasser's main concern was to raise funds for his prestige project, the Aswan Dam. From its opening, the Suez Canal has clearly also been a national prestige object, he said. "Since it was built over 150 years ago by Egyptian farmers, the Suez Canal has been a symbol of Egyptian progress — a notion that played a role in the canal's nationalization." 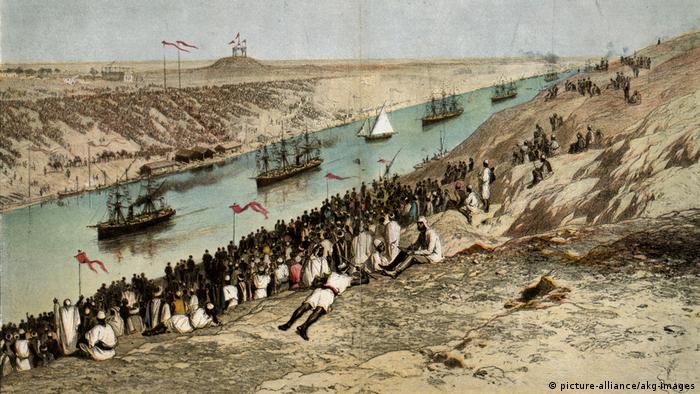 The Suez Canal first opened in 1869

That October, Nasser hinted that nationalization was more than just an economic act — the takeover of the canal was entirely in keeping with Arab nationalism, which also played a major role for Nasser. And Arab nationalism, Demmelhuber explained, "springs from the feelings of the Arabs, from the hearts of the Arabs. They want to live in dignity. And they want to be independent."

Plans to construct a canal between the Mediterranean and the Red Sea had existed for a long time, said Demmelhuber. "The Ottomans pondered it in the 16th century, and French engineers who came to Egypt in 1798 as part of Napoleon's troops looked into it but came to the conclusion that the project was not feasible," he said. Initially, the British agreed with that assessment, he explained. "It was Ferdinand de Lesseps who drove the project forward."

At first, thousands of European workers were recruited to dig the channel, but in 1861, more men were needed, so Egypt's then-ruler, Mohammed Said Pasha, forced 10,000 workers from Upper Egypt to work on the canal. A year later, he sent an additional 18,000 workers. He feared that too many Europeans would de facto transform the canal zone into an outpost of Europe. 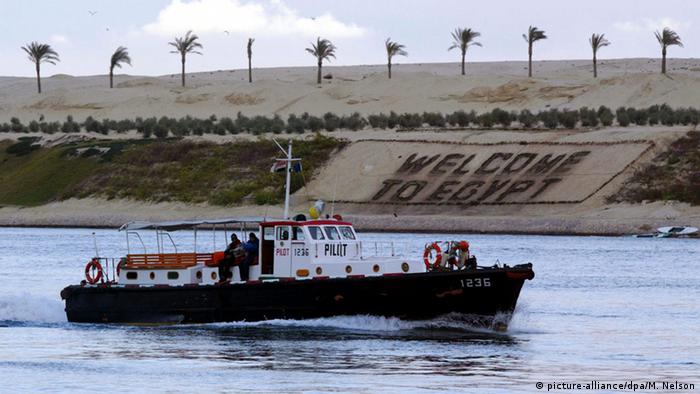 For 150 years, the Suez Canal has been a vital waterway for Egypt

'No longer in Africa'

In fact, the canal changed Egypt enormously: The canal cities, above all Port Said, developed into dynamic trade centers that connected Egypt to the global trade network. The "Highway of the British Empire," as the canal was called, considerably shortened the distance between London and Mumbai from 19,855 kilometers to 11,593 kilometers (12,337 to 7,204 miles). In 1870, 486 ships with 26,758 passengers passed through the canal. 1913 saw 5,085 passages with a total of 234,320 passengers. "My country is no longer in Africa," said Egyptian ruler Ismael Pasha upon completion of the Suez Canal in 1869. "It is part of Europe."

Since the canal's 2015 expansion, more ships have been able to sail the "highway." After current Egyptian President Abdel-Fattah el-Sissi gave the go-ahead for construction, 45 dredgers and thousands of excavators and transport vehicles worked together to excavate more than 258 million cubic meters of sand. They broadened the canal over a distance of almost 40 kilometers. 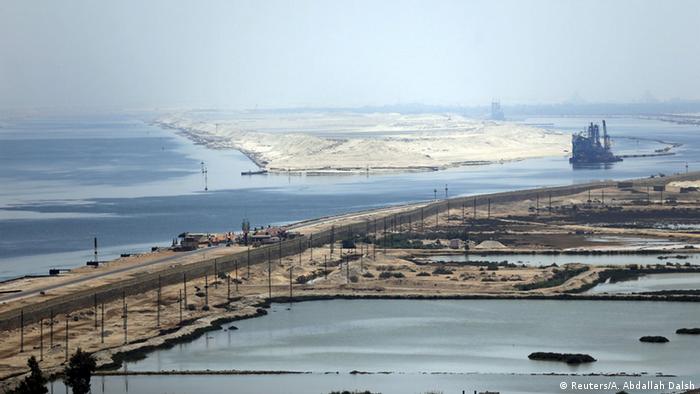 The Suez Canal underwent a significant expansion in 2015

"For el-Sissi, the construction of the parallel route, which is a good 35 kilometers long, as well as the extension and deepening over an equally long stretch are basically what the Aswan Dam was for Nasser: a prestige project designed to testify to the government's efficiency," said Demmelhuber.

The expansion has doubled the canal's transport capacity. Up to 100 ships — an increase from the previous 49 —  can now pass through the waterway every day. However, the economic benefits of the canal have not yet been fully exploited. Egypt reports revenues of $5.9 billion (€5.1 billion) in the 2018/19 financial year, said Demmelhuber. "That is immense," he said, but added it is "far from the anticipated revenues the expansion was intended to generate." The canal remains a yardstick of national prestige and at the same time a reminder that the country has by no means reached the end of its potential.